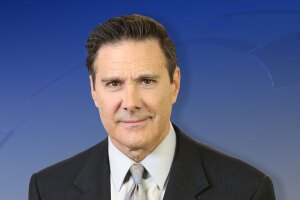 Emmy-winning Sports Director Lionel Bienvenu has been at Denver7 since 2001.

Lionel was born in Baltimore, Maryland but grew up in New Orleans, where he graduated from attended Loyola University. His first job was as a Sports Anchor & Reporter in 1985 in Lafayette, Louisiana covering the Ragin' Cajuns of USL. He moved to WVUE-TV Fox-8 in New Orleans not long after where he hosted the "Jim Mora Show" with the Saints head coach from 1989-1993. He won "Best Host" and "Best Sportscaster" awards in 1995 from the New Orleans Press Club.

Lionel left New Orleans for L.A. in 1997, where he worked as an anchor for Fox Sports Network. He anchored the hour-long national highlight show "Fox Sports News Prime Time" which turned into "The National Sports Report." He also hosted "Baseball Today" on Fox, and from 1998-2000 hosted "The English Premier League Soccer Show" on Fox Sports Net and Fox Sports World. The show was seen in the U.S., Europe, and Central and South America. The show was so popular that there were six different soccer teams across the U.S. that named themselves after Bienvenu!

Lionel covered the 1997 Super Bowl and the 1997 MLB All-Star game, as well as the 2000 "Subway Series" between the Yankees and Mets. He was also guest host of "This Week in Sports" on DirectTV in June of 2000, and was guest host on Fox Sports Radio in L.A. In 2001 he hosted the Fox Sports Regional Sports Reports for Los Angeles and the Rocky Mountain region.

Lionel moved to News and hosted the Denver7 morning show and "The Now" at 4pm, but returned to Sports in 2014. The best moments so far have been covering "Rocktober" and the Rockies "Run to the World Series" in 2007, as well as the Broncos' signing of Peyton Manning in 2012 and their run to the Super Bowl in 2013 and 2015. And Tebow-Mania in 2011 was unbelievable!

He's married to the former Heidi Reese, a native of New Orleans and former LSU Cheerleader. Lionel and Heidi live in Highlands Ranch and have twin sons, Bryce and Quinn.