That viral video of a 'zombie chicken?' Experts say it's 'implausible' 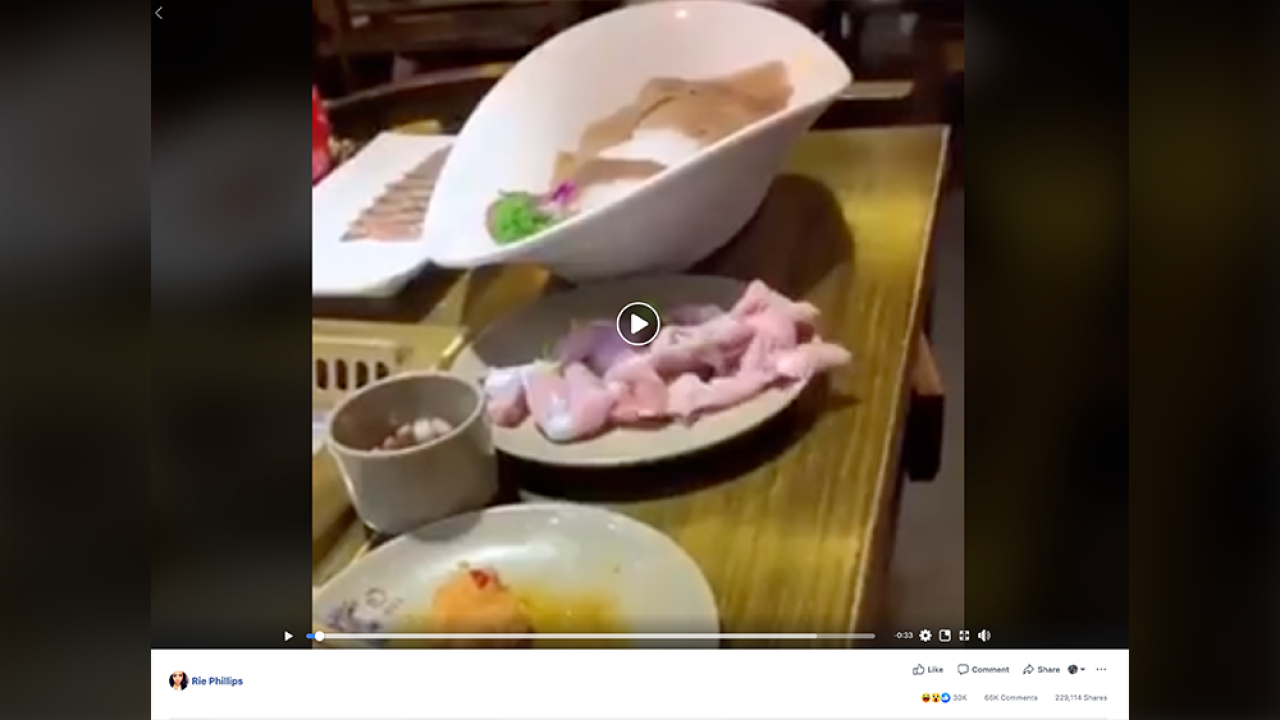 Millions have seen the Facebook video that appears to show a raw chicken breast crawl away from a table-top grill. But according to experts and government officials, don't expect your chicken dinner to slither off your plate any time soon.

The 31-second video that exploded in popularity Thursday shows a raw chicken carcass appear to claw its way off a plate and away from the stove. It then falls to the floor.

Dozens of media outlets, including The Sun, Sinclair Broadcast Group and Men's Health wrote stories about the video, some calling it a "zombie chicken."

Some chickens can indeed continue to move after slaughter — energy stored in nerves of recently slaughtered animals can continue to twitch until that energy is spent.

But according to Kis Robertson, the Food Safety and Inspection Service's Chief Veterinary Officer, the stored energy in a chicken's nerve endings would likely be depleted by the time it reached a restaurant.

"In the time it would take for the bird to be slaughtered, packaged, shipped, and then prepared, muscle movements become implausible," she said in a statement. "The type of smooth, organized movements captured in that video certainly are not going to happen."

Ron Magill, the communications director for Zoo Miami, concedes it could be possible to see a chicken carcass twitch if it has been brought to the table "immediately" after slaughter. But he still holds reservations.

"...even then, that particular movement seemed extreme so I have my doubts as to whether it was authentic and not artificially doctored and staged to enhance its chances of "going viral," Magill said in an email.

The version of the video posted by Rie Phillips about two weeks ago has been viewed more than 15 million times as of Friday afternoon. Phillips later clarified that she did not record the video, and had simply reposted the video from another source. The origin of the video remains unclear.