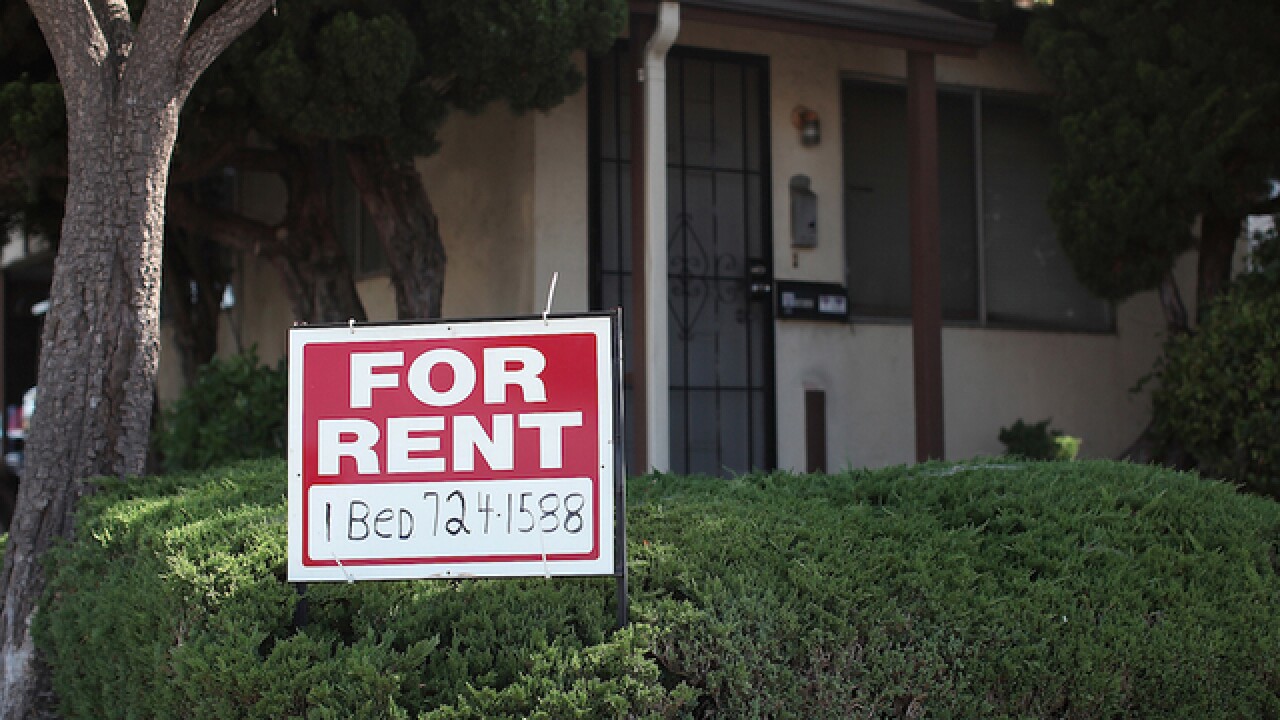 Copyright Getty Images
<p>A 'for rent' sign is posted in front of a house on June 15, 2012 in California. Getty Images file photo</p>

DENVER – The last four months of 2017 saw declines in rent prices in Denver but rents were up overall for the year, according to the latest numbers from ApartmentList.

Compared to the same time last year, Denver rents are up 1.6 percent. That’s actually behind the national and statewide averages, both of which were 2.7 percent for the year.

Despite the increase, Denver actually remains one of the more affordable cities in the metro area and also ranked among the smallest increases. Broomfield, which had a median two-bedroom rent of $1,640 in December, saw the steepest rent increases -- 5.8 percent year-over-year.

To read the full report, log on to apartmentlist.com .