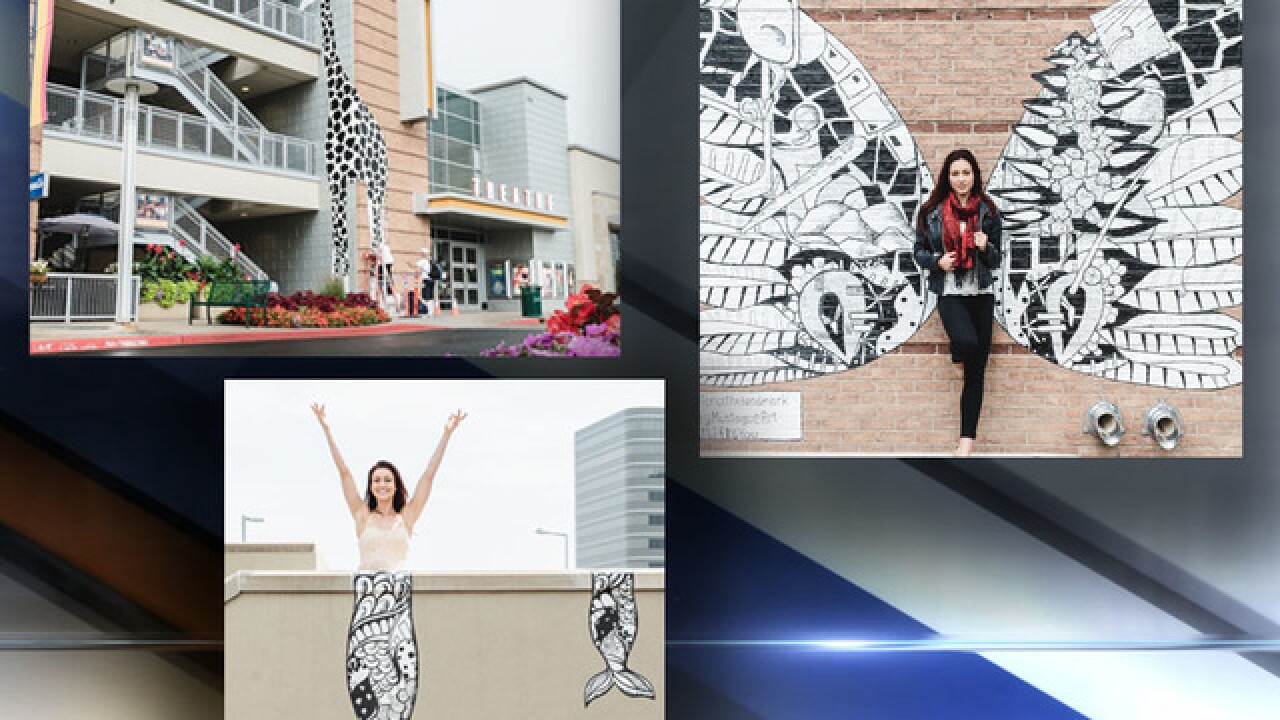 The Landmark has partnered with Denver-based, world-renowned mural artist Kelsey Montague to add a little local charm and flair to the complex.

Montague designed and painted three custom murals for the complex, which is nestled just in between S. Quebec Street and Interstate 25. All three are black and white.

One of the murals are black and white wings, and is located between Monk & Mongoose and Ted’s Montana Grill. Montague included 11 local symbols representing Denver and Greenwood Village in the mural, according to The Landmark.

The second mural is a little harder to miss: She painted a three-story giraffe that stands 37 feet tall on the staircase next to the Landmark Theatre.

The third mural invites youngsters to get in on the fun. Two mermaid tails invite passersby to climb a few stairs and stand behind the mural to pose as the mythical creatures' upper half. This mural is located across from Pizza Republica.

The murals were unveiled Thursday morning to the Greenwood Village mayor, city council and business and residential community.

These murals are part of Montague’s #WhatLiftsYou movement, which welcomes people to jump into her art and include their own unique character, according to her website. The hashtag is found near her murals.