How to survive your first Colorado winter, from a Colorado native 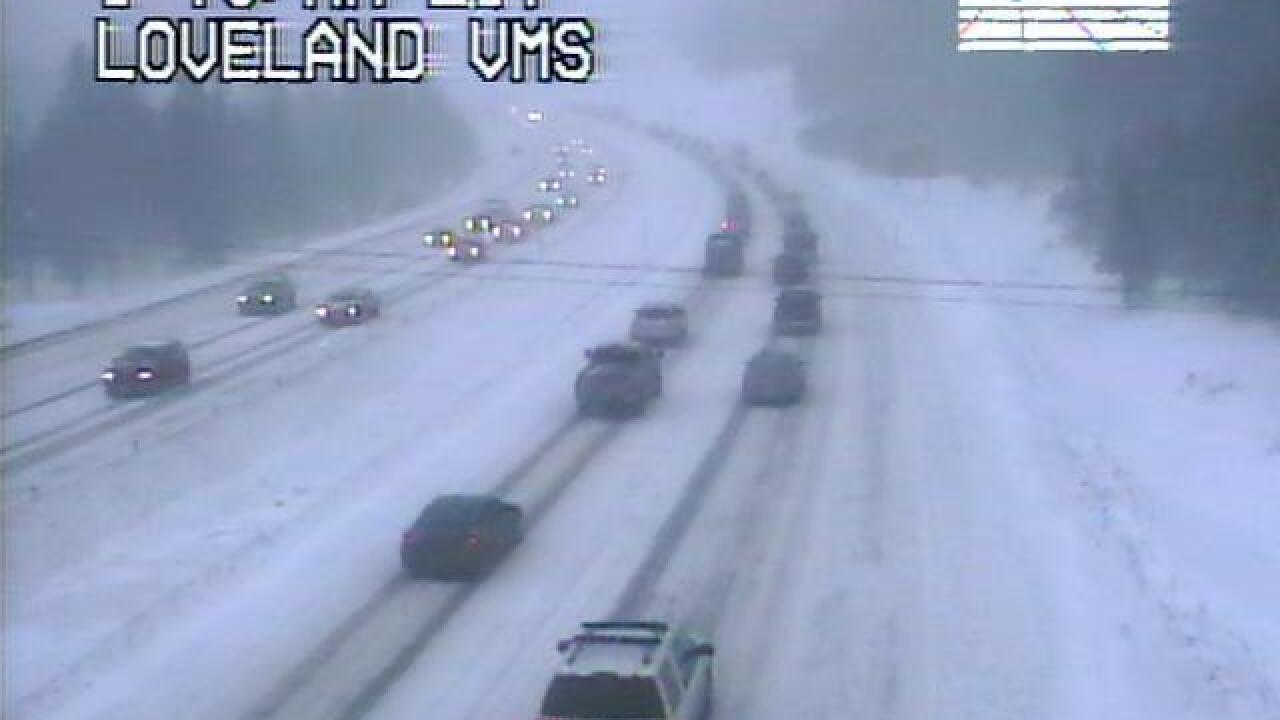 DENVER -- Winter is coming, and many Colorado newbies may be freaking out. But you may be surprised to learn that Colorado winters are somewhat mild compared to where many of our state’s newcomers are coming from -- the Midwest and the Northeast -- so you can put the winter anxiety behind you.

What's the weather like?
Yes, we get snow, but it doesn’t tend to stick around at lower elevations. However, you'll see plenty of the white stuff and encounter colder temperatures at higher elevations.

Oh, and rapid temperature changes are a thing. It can get cold and snowy one day and then 60+ degrees the next. Denver actually reached 80 degrees in February of 2017! It was the warmest temperature ever recorded for the month, which is typically the second coldest in Colorado.

One of the big reasons winters are more tolerable here is our arid climate. The lack of humidity keeps cold temperatures from feeling even colder.

What should I wear in winter?
The best advice is to dress in layers. Mornings can be downright cold, but as the sun begins to warm the surroundings, you'll be stripping away those layers faster than a hot knife through butter. A heavy coat and snow gear, like insulated boots, are a must, especially if you're heading up to the mountains.

Do I need snow tires?
The short answer: Not really. Snow tires may not make the most financial sense for most driving conditions, especially at lower elevations. Dry, warm weather wears the tread on snow tires faster, and you'll encounter plenty of sun during our winters!

However, driving in the mountains is a different matter. There are occasions when CDOT will implement passenger vehicle traction and chain laws. During an active Traction Law (also known as a Code 15), motorists must have either snow tires, tires with the mud/snow (M+S) designation, or a four-wheel/all-wheel drive vehicle.

So, if you plan on doing a lot of mountain driving or have the ability to change out your tires during warmer periods, you might want to invest in a set of snow tires. But for the majority of drivers on the Front Range or Western Slope, you can safely traverse many of the roads and highways without them during a typical winter day in Colorado.

A better option might be all-terrain tires. You can keep them on your car year-round and still get better traction in the snow.

4-wheel drive?
Believe it or not, most of Colorado’s roads and highways are paved, so while it would be a nice feature to have -- and definitely an advantage -- it is not a must-have option. But keep in mind the aforementioned Code 15.

Here are some other ways to prepare for winter driving conditions from the Colorado Department of Transportation.

Make sure you check these systems before heading out on a road trip this winter:

Make sure you have the following items in your vehicle in case of an emergency: