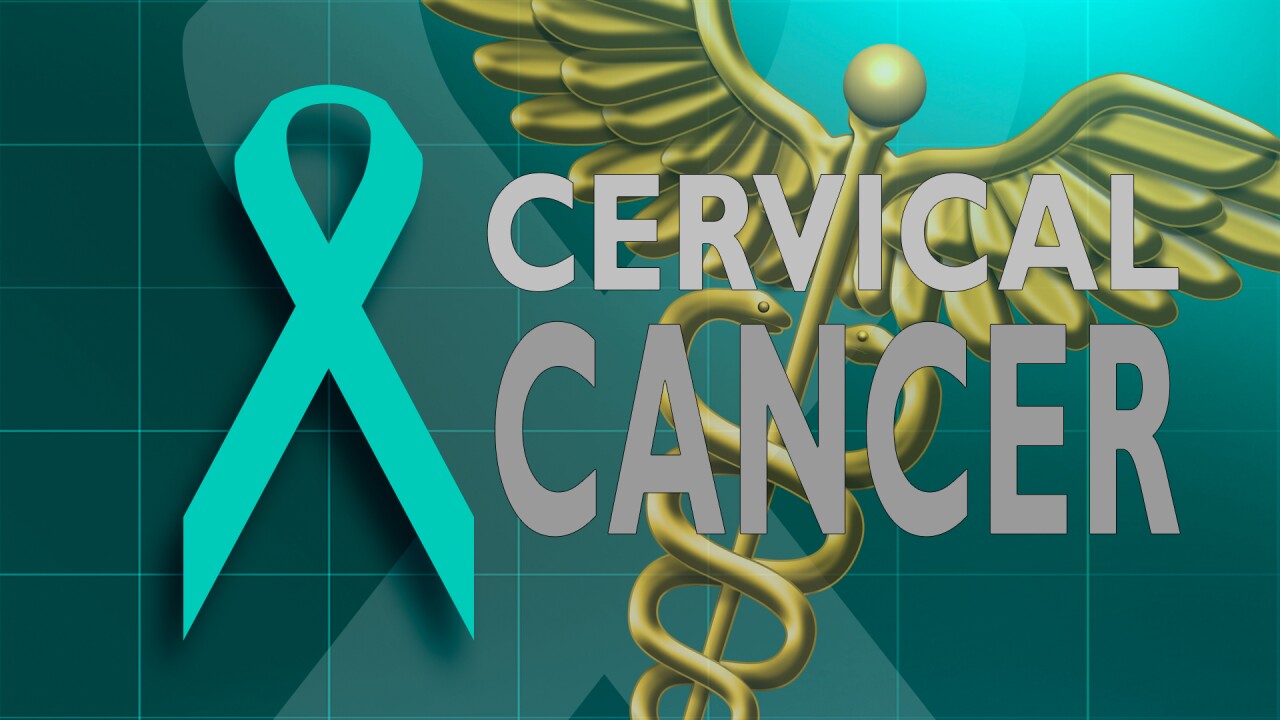 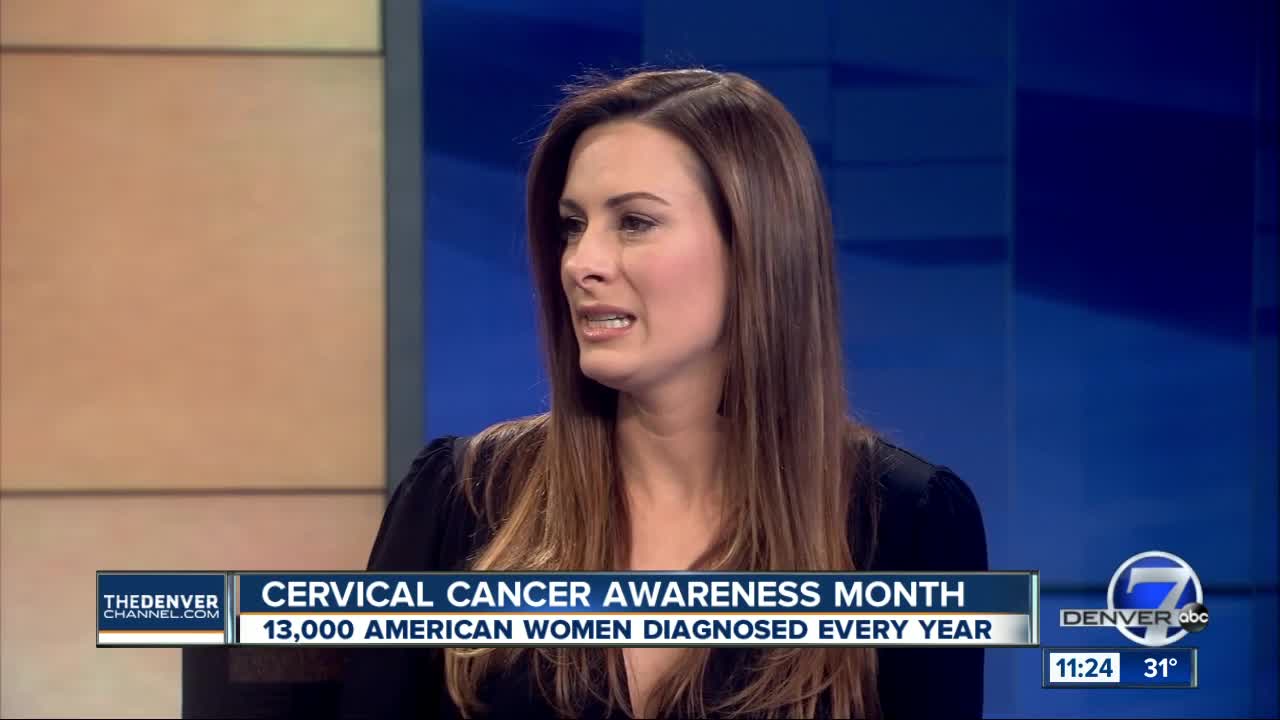 This article is the part of a monthly series of stories focused on cancer issues. Denver7 is proud to partner with the American Cancer Society, Cancer Support Community, Colorado Cancer Coalition and Sarah Cannon Cancer Institute at HealthONE to bring you these stories, tips and resources.

DENVER -- January is Cervical Cancer Awareness Month—a time to learn about the disease and the importance of early detection as well as get screened. It is also a time to celebrate that the mortality rate for cervical cancer has dropped by 50 percent in the past 40 years, which is attributed to the widespread use of Pap smears.

“But this doesn’t mean that women should assume that their risk of developing this type of cancer is so low that it isn’t worth worrying about,” says Erika Hamilton, MD, Director of the Breast Cancer and Gynecologic Cancer Research Program at Sarah Cannon Research Institute. “As a matter of fact, it's estimated that more than 13,000 women will be diagnosed with cervical cancer in 2019 and more than 4,000 women will die from the disease in 2019.”

A risk factor is anything that can increase your risk for getting the disease, but it doesn’t mean you will get the disease. There are some risk factors for cervical cancer, including:

Women should talk with their doctors to discuss their risk factors. The American Cancer Society has more information on their website.

Cervical cancer is a “stealth” disease. Unlike other forms of cancer that announce their presence with some kind of physical indications, early cervical cancer (and its precursor conditions, Cervical Intraepithelial Neoplasia, or CIN, Type 1 and Type 2) doesn't come with obvious symptoms. It is not usually until it has advanced to the point where it has grown into other structures that warning signs, such as abnormal bleeding between periods, abnormal discharge throughout the menstrual cycle or any pain or bleeding during intercourse, can appear.

A Pap test is still the best “early warning” tool for cervical cancer. “It often takes quite a period of time before precancerous lesions turn into cervical cancer," says Dr. Hamilton. "A Pap smear can find precancerous lesions before they become a cancer, which allows us to intervene and prevent a cancer from developing. In the U.S. right now, the majority of people diagnosed with invasive cervical cancer haven't gotten routine screening Pap smears which is evidence to the benefit of this screening test."

HPV is by far the greatest risk factor for cervical cancer. While there are other risk factors that can increase your chances for developing cervical cancer, HPV (human papillomavirus) is at the top of the list. Among the more than 100 types of HPV, 15 types are considered cancer-causing leading to 70% of cervical cancers worldwide. The test for HPV can be done at the same time as the Pap test. If the test is positive, your doctor will tell you what HPV type you have and recommend an appropriate follow-up interval.

Two vaccines can protect against the types of HPV linked to cervical cancer. Both Gardasil®and Cervarix® are approved for women and girls ages 9 to 26. Gardasil® also helps protect boys and men against approximately 90 percent of genital warts cases. The goal is to get vaccinated before you become sexually active in order to prevent the types of HPV that cause cervical cancer.

“But while the vaccines protect against 70-80 percent of cervical cancers, it doesn’t mean you can’t get some of the other types of HPV that aren't covered,” cautions Dr. Hamilton. "The vaccines are a form of risk reduction, not a risk elimination.”

You and your doctor should decide together how often you need to have a Pap test. There is no magic age that is the cut-off point for Pap tests, says Dr. Hamilton. Risk factors such as previous abnormal Pap results, your family medical history, your number of sexual partners, even being overweight or a smoker can all increase the chances of developing cervical cancer.

“And since the Pap test is still the best way to catch the disease in its early stages or even before it develops from precancerous lesions,” she adds, “your doctor may recommend that, in the presence of risk factors, you continue to undergo a yearly Pap, before, during or even after menopause.”