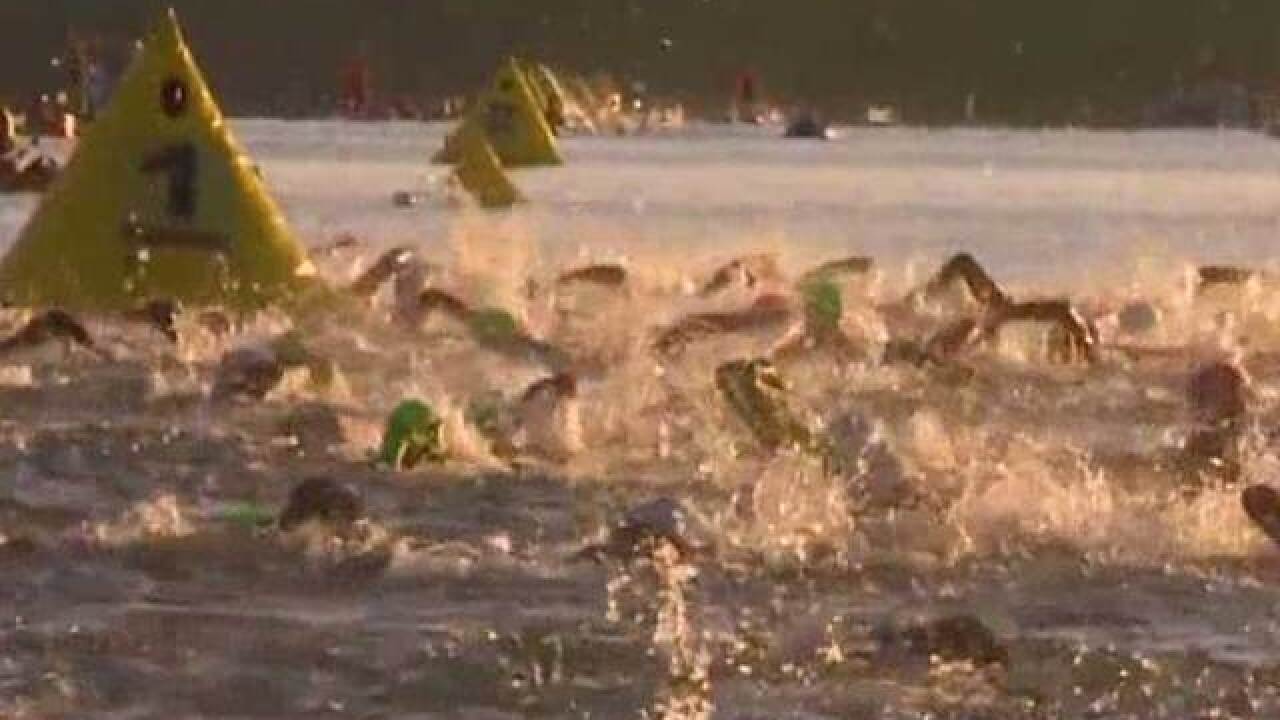 BOULDER, Colo. -- At the Boulder Reservoir, it’s the calm before the competition. Triathletes from around the world will soon be in Boulder as the city hosts its own Ironman race.

The Ironman is a daunting competition -- first, athletes compete in a 2.4-mile swim, followed by a 112-mile cycling course, ending with a full marathon at 26.2 miles. The total distance adds up to 140.6 miles.

“The mountains. I love being by the mountains and I love the cooler temperatures,” said competitor Jaimie Miller of Columbia, Mo. “I’m interested to see what the bike course is like, I heard all kinds of different things.”

The Ironman is an accomplishment for the athletes and the state of Colorado, as the City of Boulder is one of only a few Ironman sites in the world.

“Anytime any city gets an Ironman at their location, it’s a huge deal,” said renowned triathlon coach and Boulder resident Siri Lindley.

“The athletes that are racing there are trying to qualify for the Ironman World Championship, which is the Hawaii Ironman; everybody sees it.”

This will be the third time Boulder has hosted an Ironman, bringing an estimated $5 million to the local economy.

“Boulder is actually known as the mecca for our sport. And probably all the best professional triathletes in the world will come and train here at some time,” said Lindley.

It's a chance for amateurs to compete with the pros -- a Colorado treasure.

“Everyone dreams of being here so I feel really lucky to be someone that actually lives here,” she said.

The benefits will extend beyond the race course. The Ironman Foundation will donate $50,000 to local nonprofits in exchange for volunteer assistance on the course.