When Trish Kifer did her first run for ovarian cancer awareness the day after her own diagnosis, she didn’t know how to answer when the man at the registration table asked her if she was a caregiver or a survivor.

FORT COLLINS, Colo. — When Trish Kifer did her first run for ovarian cancer awareness the day after her own diagnosis, she didn’t know how to answer when the man at the registration table asked her if she was a caregiver or a survivor.

That was three years ago. Kifer, a mother of two in her 40s, was in great shape and had completed a half marathon just a month before her diagnosis. That’s when Kifer started to notice changes to her body, though she didn’t think much about them at first.

“Little things, like pain in the abdomen, I was having incontinence, but it was just like everything made sense,” she said when explaining her justification for not being worried at first. “It was just, you know, ‘You had two kids naturally and you're an avid athlete so that maybe you pulled something.’”

Eventually, it was that pain that led Kifer to her doctor’s office to be checked out. Within two weeks of that appointment, she was seeing an oncologist and getting laparoscopic surgery.

Immediately, Kifer wanted to know as much as she could about her diagnosis. Her doctor connected her with the website of the Colorado Ovarian Cancer Alliance. There, she found information on care and treatments, as well programs that could help Kifer and her family navigate their new reality.

That’s also where she found information about the run for ovarian cancer awareness in Fort Collins the day after her diagnosis. Not only was she unsure if she would fit in, she was uncertain what to do about the beads. In races for ovarian cancer awareness like the one in Fort Collins and the upcoming Jodi’s Race in Denver’s City Park, survivors wear one strand of beads for every year since their diagnosis. 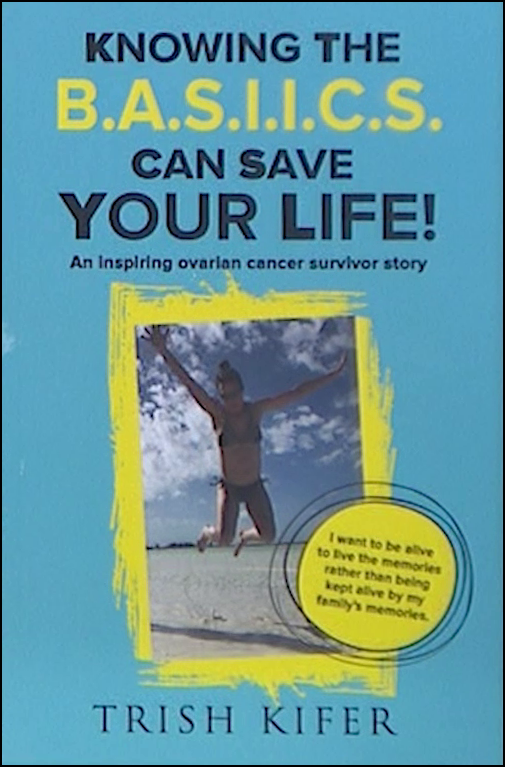 That first strand of beads now hang with Kifer's marathon medals in her home. She said that first strand was the hardest strand for her to get. This year, she’ll be wearing three strands of beads in Jodi’s Race.

Kifer has learned a lot about living with ovarian cancer since her diagnosis, and she has decided to use her knowledge to help others. Last year, the former school teacher published her book, Knowing the B.A.S.I.I.C.S. Can Save Your Life. She said it’s about more than what symptoms to watch for. It’s about awareness, purpose and advocating for your own health.

“There's so much that I'm learning and embracing, and I just can't wait to share it with everybody,” Kifer said with a smile. “Let's just live our best life, you know?”

Copyright 2022 Scripps Media, Inc. All rights reserved. This material may not be published, broadcast, rewritten, or redistributed.