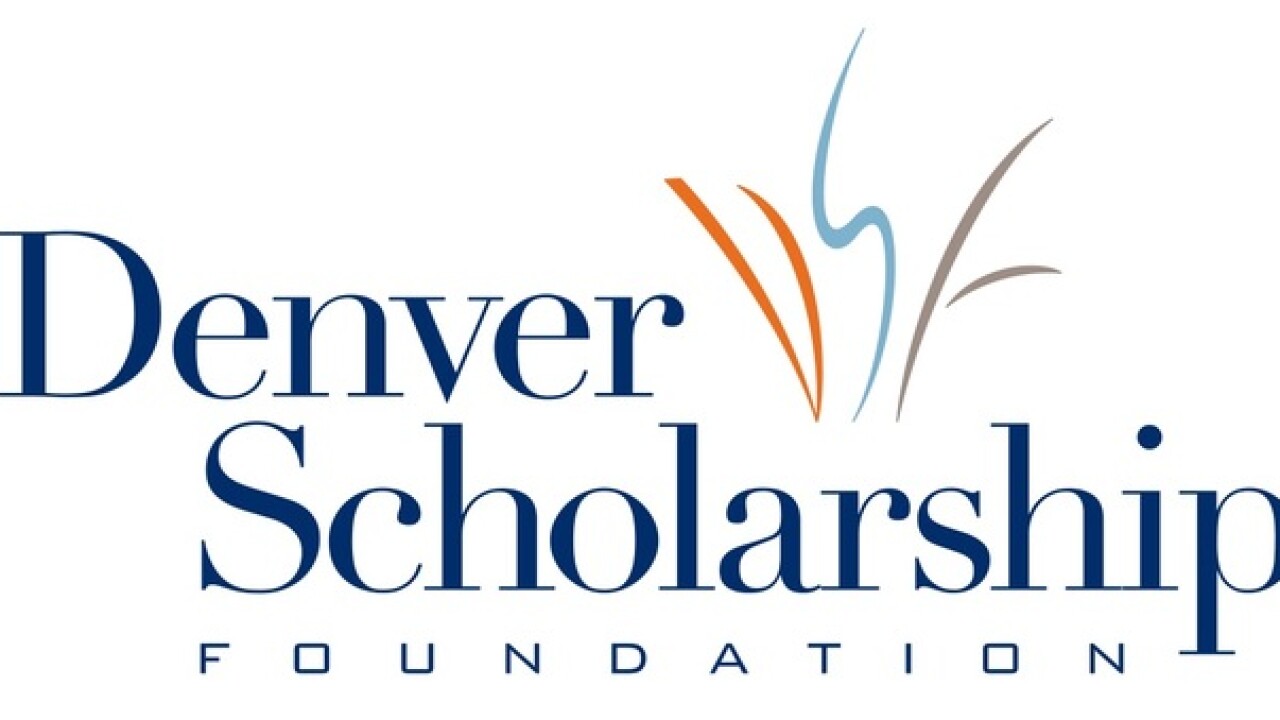 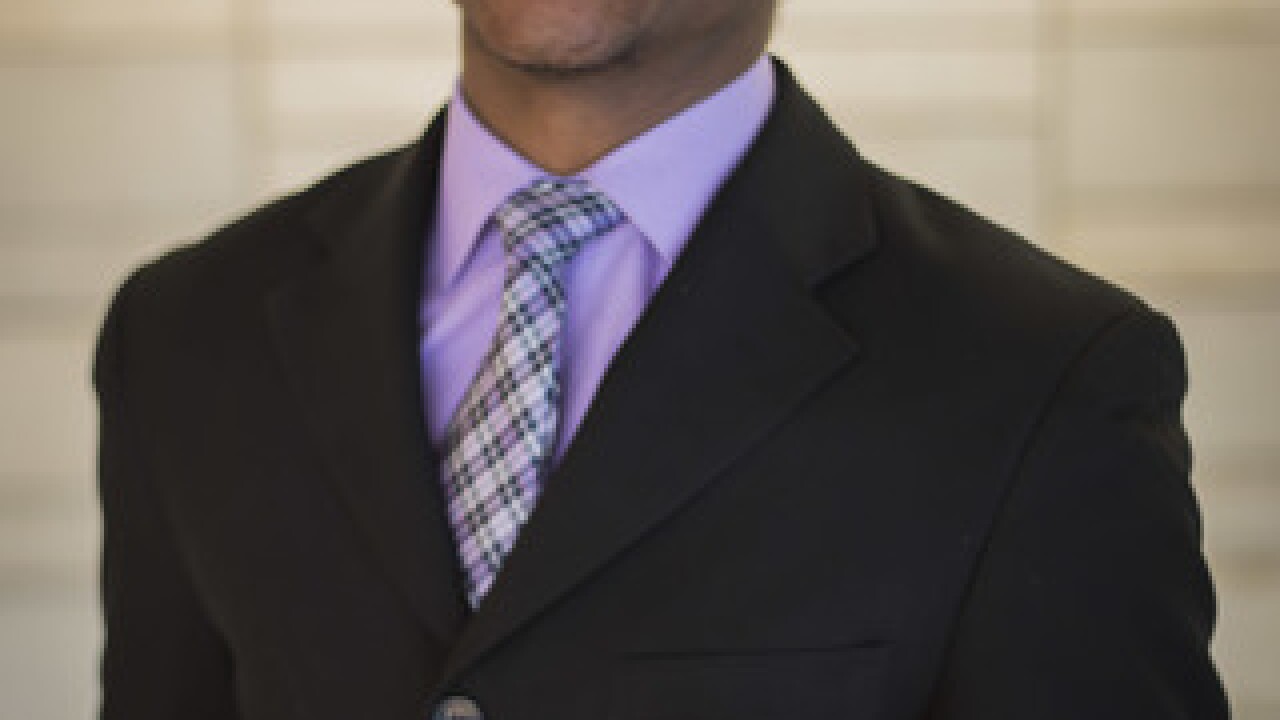 Every year, Denver Scholarship Foundation (DSF) awards scholarships to more than 1,800 Scholars. Of those Scholars, most are the first in their family to attend college. Through navigating a new schedule, building a new network of friends and professors, and balancing a job on top of it all, being the first is not easy.

Ge’Swan Swanson, a sophomore majoring in Biology at the University of Colorado (CU) Denver shares what it’s like to be a first generation college student.

“Without family to prepare you for the experience, college is a totally different environment than anything you could expect,” he says.

Thanks to the support of his aunt and uncle, Ge’Swan had known for a long time that he would continue pursuing his education beyond high school.

“My uncle always told me, ‘whatever you become in life, don’t become a statistic. Social expectations don’t define who you can become,’” he reflects.

Ge’Swan took these words to heart, and knew that education would unlock many doors of opportunity for himself and his family. During his freshman year in high school, Ge’Swan faced a major setback on his path to college.

One day while crossing the street in his neighborhood, Ge’Swan was hit by a truck and sustained life-threatening injuries. With a ruptured spleen, a snapped clavicle, and a broken femur, among other complications, Ge’Swan spent two weeks recovering in the hospital. During his time spent recovering from the trauma of the accident, he knew he had to stay focused on the future.

While it was difficult to stay afloat through his high school classes, a substitute teacher took extra time to help him complete his coursework and finish out his freshman year strong.

As a natural leader, Ge’Swan sought out opportunities to strengthen his leadership skills by engaging with like-minded students and seeking mentoring relationships with role models around him. During his sophomore and junior years of high school, Ge’Swan helped create Colorado’s first-ever governor’s school known as Colorado Student Leaders Institute (COSLI), a state-legislated, residential program designed to give high students an opportunity to obtain college credit and a pre-college experience while residing at a host college for one month during the summer. In 2016, in the summer before his senior year of high school, Ge’Swan participated in COSLI on the CU Denver campus, and later returned as a resident assistant during the summer of 2018. The program allowed Ge’Swan to prepare himself for the next step by earning college credit, as well as cultivating independence, innovativeness, initiative, critical thinking, and creativity.

By the time college applications appeared on the horizon for Ge’Swan, he was ready. He was eager to take the next step of life, and had already started visiting the DSF Future Center at Thomas Jefferson High School. By junior year, Ge’Swan had developed a strong bond with his DSF College Advisor. Ms. Maez helped Ge’Swan through navigating his path to college. They had also connected over books, and their passion for reading. During his visits in the DSF Future Center with Ms. Maez, Ge’Swan began to ask serious questions about what it would take for him to get to college.

With her guidance, and exposure to CU Denver through his experience with COSLI, Ge’Swan felt that attending CU Denver as a college student was a natural fit.

As soon as he started classes, though, the transition did not go as smoothly as he thought it would.

“I was a little too ambitious at first,” Ge’Swan explains. “I bit off a little bit more than I could chew.”

In his first semester, Ge’Swan enrolled in six classes, even though most students typically choose to enroll in four classes per semester. The heavy course load soon overwhelmed him, and he struggled to keep up. Reflecting back on his decision later, though, Ge’Swan realized it taught him a valuable lesson.

“After this experience, along with many others in my life, I’ve learned that it’s okay to mess up,” he says. “What matters is not how many times you fall, but that you get up and make your next stride longer than your last. Having made this mistake during the beginning of my college career, I learned how to make better academic decisions going forward. College is a learning experience full of trial and error. It’s about self-discovery.”

Ge’Swan is utilizing his experiences to help his peers. As a receptionist and assistant to the director of Black Student Services at CU Denver’s Center for Diversity & Inclusion, Ge’Swan works with students from varied backgrounds as they navigate through their unique experiences in college. Ge’Swan is also president of CU Denver Community Council at Campus Village Apartments, and a member of Dr. Brenda J. Allen’s First-Generation Council at CU Denver. Through various annual conferences in the region, such as DSF’s Leadership Conference and the GlobalMindED conference for first-generation students, Ge’Swan has connected with a community of bright young people, like himself, who have big plans to change the world.

About the Denver Scholarship Foundation

Denver Scholarship Foundation (DSF) is a 501(c)(3) public charity whose mission is to inspire and empower Denver Public Schools’ students to achieve their postsecondary goals.