Some Stapleton students told school buses are full, will have to walk 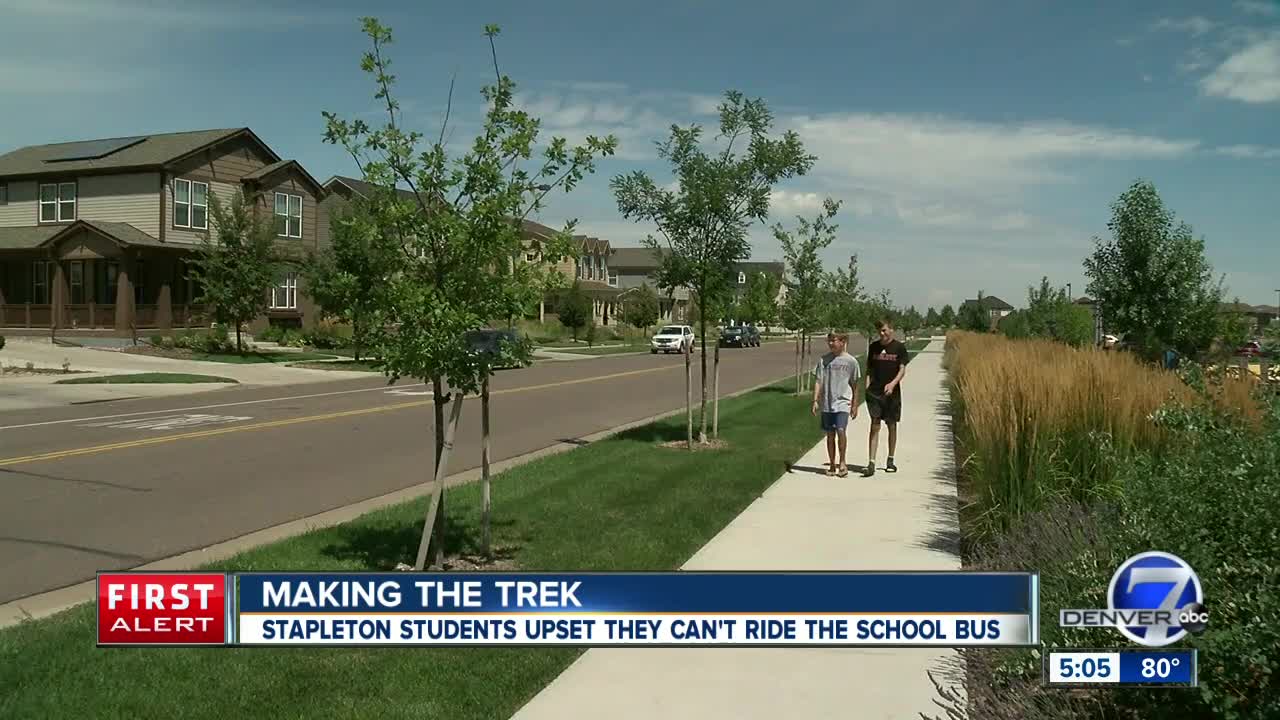 DENVER — Families in the Stapleton neighborhood are upset after hearing their children will not be able to ride the bus to school this year, leaving some to walk more than two miles.

Denver Public Schools told these families that they lived too close to school to be able to ride.

The district had made exceptions in past years, but families say they found out last week that no exceptions would be made this year.

Michael Anderson's son, Dylan, will be in 7th grade at McAuliffe International School this year.

"He likes to ride the bus," Anderson said. "He gets to see his friends and gets a chance to socialize every day."

But this year, the district deemed Anderson's neighborhood not acceptable for pick up and drop off.

"During rush hour traffic is pretty heavy," he said. "I wondered what changed since we had a rider in 2018," Anderson said.

What changed was the number of kids, according to the denial letter they received from DPS.

And the Andersons aren't the only ones trying to figure out what to do.

"It was very upsetting to us and our neighbors as well," he said. "All of us got the same notice."

Anderson and his wife both work and relied in the past on the bus stop at Swigert International.

"It's three blocks to our house," Anderson said.

They're now coming up with a plan for the first week of school.

"Week one we'll pile as many friends in the car as we can and try to make it work," he said.

Anderson said he would like to see the radius reduced to a mile and a half and have more available buses.

The Andersons resubmitted their request to the school district but won't hear anything until mid-September. They've already written letters to the school officials at McAuliffe.