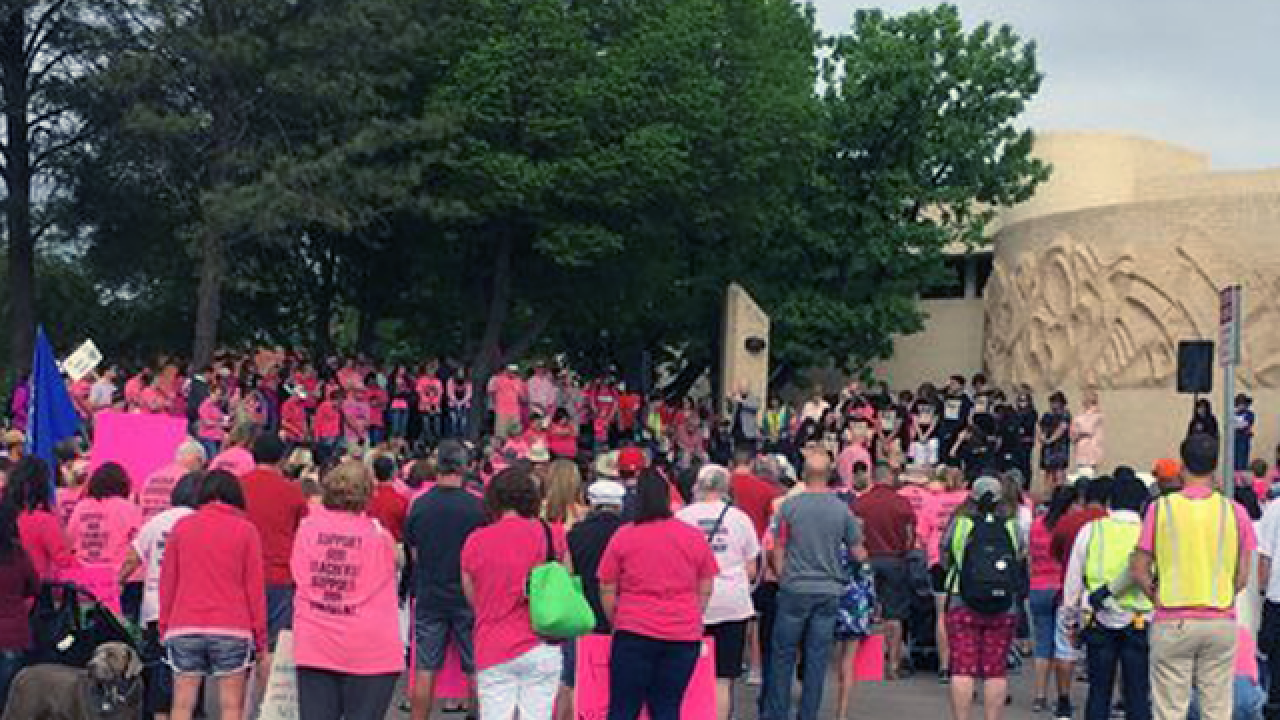 PUEBLO, Colo. (AP) — Teachers and school district officials are meeting in Pueblo in hopes of ending a strike now in its sixth day.

The sides sat down Saturday morning to discuss the third offer from the district since the strike closed most city schools last Monday.

Details have not been disclosed.

Kendra Zerfas of the Pueblo Education Association tells the Pueblo Chieftain that bargainers hope a deal can be reached that will allow schools to re-open Monday.

But, she adds, it depends on what the deal looks like and how long it takes union members to agree to it.

The strike began after the district refused to give teachers a 2 percent cost-of-living increase.

The teachers rejected previous district offers of a one-time stipend and to defer raises until next school year.