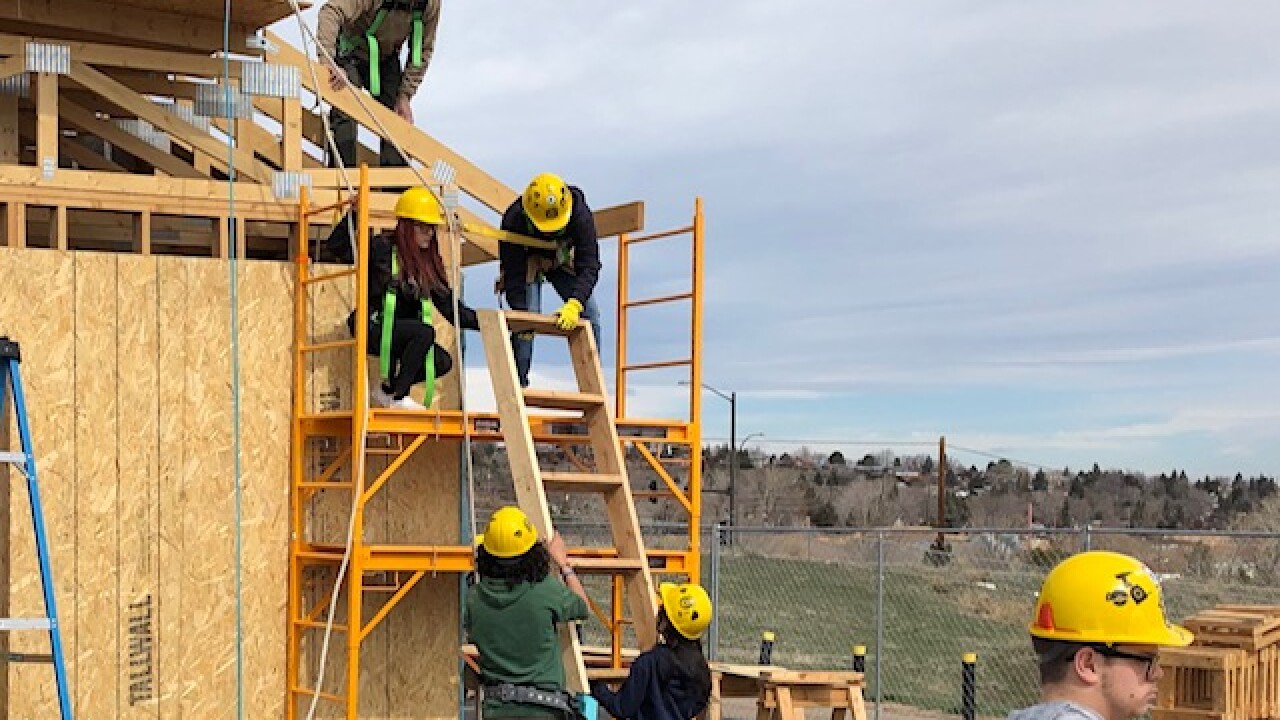 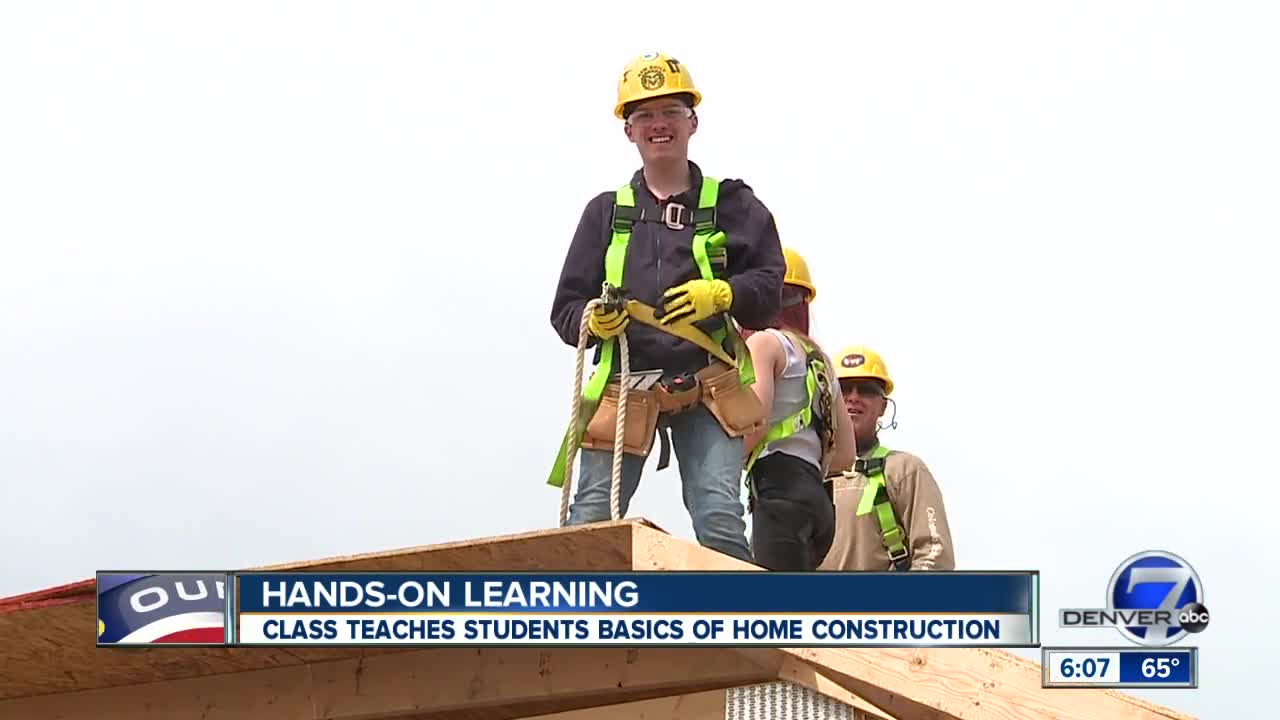 LAKEWOOD, Colo. -- It's a math class unlike any other.

Students who are recruited to the "Construction in Geometry" class at Green Mountain High School use the math skills they learn to actually build a house.

Scott Burke is one of the original creators of the construction class.

He helped start the program at Loveland High School, and then moved it to Green Mountain High School in Lakewood.

Burke said one of the math standards is all about precision and accuracy.

That's something the freshmen and sophomore students in the class are learning firsthand.

Avianna DeHerrera, 15, knows what he's talking about. She and some classmates were cutting lumber for the roof two weeks ago.

"I measured it wrong and didn't know the angle," she said. "I had to kind of guess, and when we put it up there, we were a couple inches off."

"The lesson," she said, "was to measure and remeasure."

The students are learning how to put the pieces together from Michael Daly, a volunteer instructor who taught construction for 24 years at Warren Tech.

"I kind of got "voluntold" to come over and see if I could get involved," Daly said, adding that students are learning more than math skills, or how to use a hammer or a saw.

"It teaches young people that this is honorable work," he said. "Some will go into it, some of them won't, but we kind of need to bring that respect for the trades back."

"It's an opportunity to provide an income-generating resource to low-income homeowners who might otherwise be at risk of displacement," said Robyn Burns, Habitat for Humanity's director of marketing and communications.

Burns said qualified homeowners in nine west Denver neighborhoods can apply to have a unit built on their property. If approved, Habitat for Humanity would provide the plans, the Housing Authority would help with some funding and the rental income from the accessory units would be used to pay the homeowners mortgages.

In return, the ADU's would be part of DHA's "affordable housing" stock. There would be restrictions on how much the owners could charge for rent.

Students Feel Good About Helping Others

"We have nearly 100 percent attendance," he said. "The only time they miss is when they're actually sick. That's when we don't want them here."

The students told Denver7 they feel good about making a difference in other people's lives.

"It makes me feel very excited," DeHerrera said. "We're able to help someone and there's going to be a family living in this one day."

"I think it's great that we're doing this for a good cause," said 16-year-old John Gustafson. "It's not just a shed that will end up in a backyard, it's actually something that is going to benefit somebody."

It's not just the house that is growing and getting stronger.

Math teacher Tracy Csavina said her students are too.

Burke said many were shy and had little confidence in their problem solving skills.

"Now, they're excited, and want to talk about it," he said.

"You see the transformation," Csavina said. "They're learning to work with one another, to get to know one another and communicate with each other."

She said it's a bond that has formed not just within their teams, but among the entire class, "because they're working towards a common goal of building a house."

"We hear all the time from parents that this is the only class they ever hear about at this school," Burke said. "The kids are jazzed to come here."