Friends fight for boy with Down syndrome 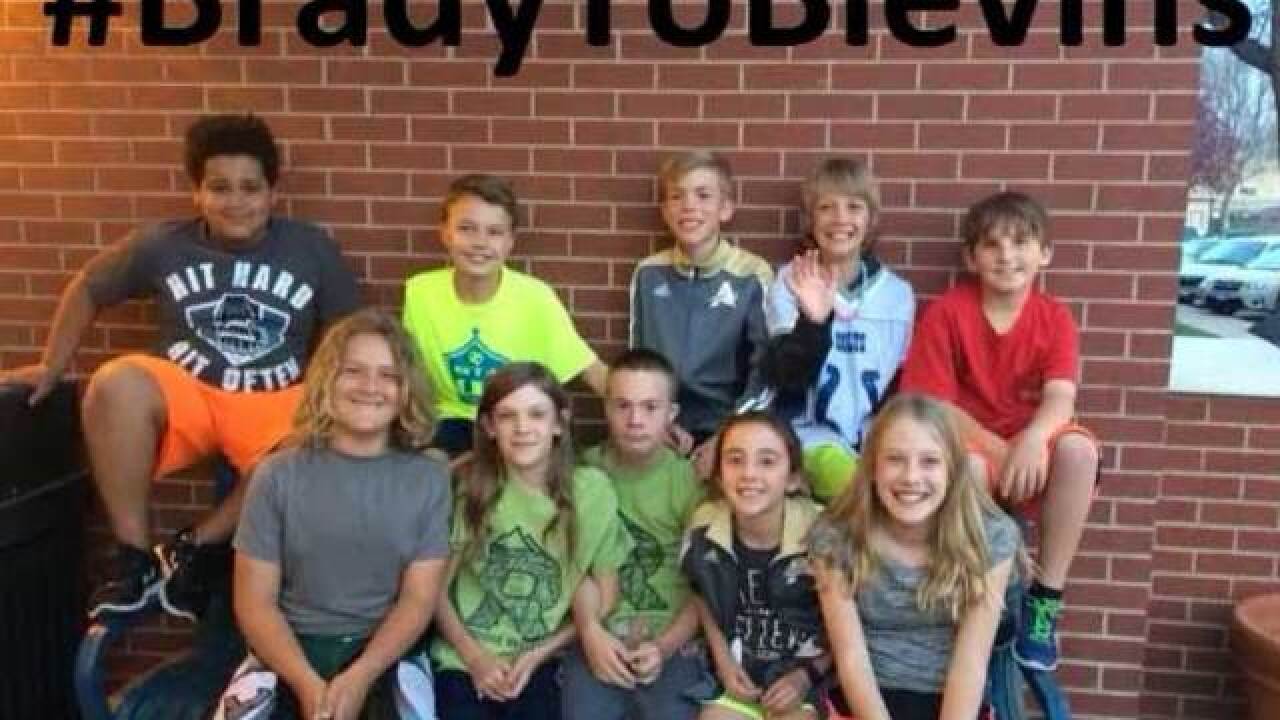 When an 11-year-old boy with Down syndrome was told he would not be able to attend middle school with his friends in the fall, they went to bat for him.

Brady Green's classmates went to a school board meeting to speak about why the boy should attend Blevins Middle School with them in September. Six fifth-graders from Brady's elementary school in Fort Collins, took to the podium to speak about how he has enriched their lives.

"He lights up the room whenever he's around, he helps people when they're down and he makes us laugh. To me, it seems unfair,” Brady's friend Ella said last month. “If we are allowed to choose what middle school we go to, why isn't Brady allowed to? Just because he has a disability does not mean he is different than us."

"If we can choose to go to Blevins, why can't Brady?" a fifth-grader named Dylan asked the board.

Ten-year-old Storm said, "I'm in the same class as Brady. He's changed the whole atmosphere of the school [since he arrived two years ago]. He makes it much better, much more fun to go to school. Why can't he choice into middle school? He has one extra chromosome and that doesn't really mean anything." A person with Down syndrome has 47 chromosomes instead of the typical 46.

The adults were impressed.

"They gave a very effective presentation," Cathy Kipp, president of the Poudre School District Board of Education, told ABC News. "Brady was awesome and his friends are amazing advocates for him."

The same friends nominated Brady for the school's SOAR (Spirit Outstanding Attitude Respect) award, the only peer-nominated award the school gives. His mom found out he won Wednesday and Brady will receive the honor at graduation.

The board meeting took place in mid-April and the final decision about Brady's placement was made two weeks later by the principal of Blevins, Tena Green, Brady's mom told ABC News. The conversation about where Brady would attend school in the fall was a months-long one, and Green was met with many roadblocks along the way.

Ultimately, the decision came down in Brady's favor and he will attend Blevins come September.

See what the group said before the school board here.