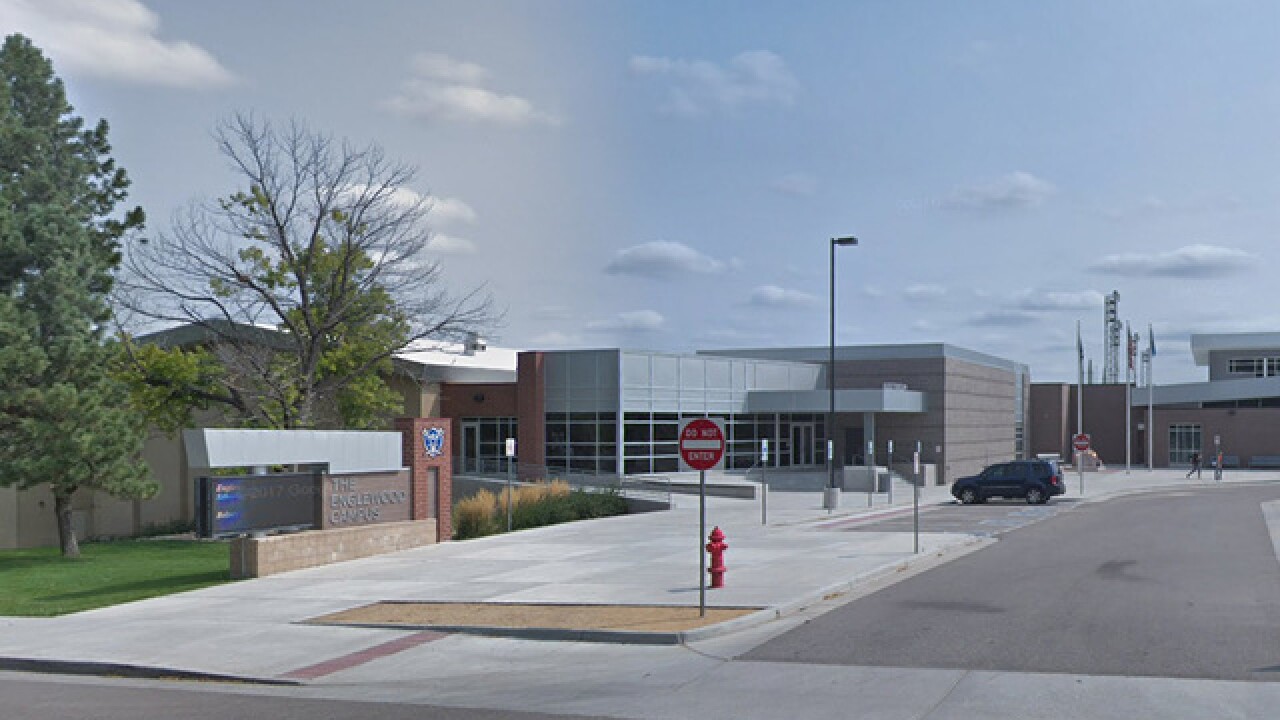 ENGLEWOOD, Colo. – Rumor of a gun at Englewood Middle School prompted school officials to increase security across all campuses Thursday, the latest in a rash of threats being reported across Colorado in the wake of a deadly Florida high school shooting.

“Since Florida, there have been several Safe2Tell tips that have come in regarding potential school shootings that we are currently following up,” Sgt. Chad Read with the Englewood Police Department told Denver7.

Read could not provide specifics on the tip that was made or when it was made but did say school officials and the school resource officer were aware of it.

Englewood School District officials said the tip was not credible in a letter sent to parents, which you can read in full below:

In the aftermath of the shooting in Parkland, Florida last week, many students, parents and staff members may be feeling a bit of unease. During times of uncertainty, it’s easy for rumors to get started and to take on a life of their own.

A student at Englewood Middle School recently reported that he/she heard a rumor that someone was threatening to bring a gun to school. There was no specificity to this rumor, however as with any threat, we investigated this report thoroughly and have also involved the police. At this time, we have determined there is no credible threat, and this is simply a rumor that was started by one person mishearing another person.

We know that emotions are running high and any rumor about a potential for violence can be very scary for parents and students. While we do want students to report any threats they may hear about, we want to remind students that repeating rumors to their classmates that are unverified does nothing but create unnecessary panic and stress. Any and all concerns about possible threats should be reported to an adult, and not shared between students, as this sharing of unfounded threats continues to create a great deal of anxiety among students and parents.

Please know, our students’ and staff members’ safety is our top priority. We will continue to investigate any reports that are made and will keep Englewood police involved as well. If a threat turns out to be credible at any time, we will immediately take action to protect our students and staff members. Englewood Schools, along with other districts in Colorado and across the country, are being inundated with reports of potential safety concerns. As we move through this time of heightened concern and distress with regard to school safety, it is important to remember that the overwhelming majority of students, staff and their families in every school in the country want to be safe and want to feel cared for. We call upon every person in our community to help keep our school communities safe and cared for by reporting concerns promptly, not sharing misinformation, and by taking extra time to build supportive relationships with one another.

Thank you for trusting us to keep your student safe.

As a result of the tip, there will be extra security at all Englewood schools on Thursday, Read said.

A string of recent threats across Colorado schools

The latest report of a violent threat at Englewood Middle School comes as one student was taken into police custody after posting a threat against a Jefferson County school on social media.

JeffCo Public Schools said the district received several reports about the threat against Bear Creek High School late Tuesday night. Officials said the threat was posted on social media, but they did not provide any further details.

School will take place as usual on Wednesday, but extra security will be on campus as a precaution.

Another threat prompted extra security at Grandview High School in the Cherry Creek School District on Wednesday. Police didn't provide any details but said they're taking the threat seriously and the department is "actively and aggressively" investigating.

Three other students face misdemeanor charges for threats made in the past week at other schools in Colorado following the mass shooting at Marjory Stoneman Douglas High School in Parkland, Florida.

In a statement sent to Denver7, Denver Public School officials said anyone caught making written threats to kill or harm "will be prosecuted to the full extent of the law."

If you think there's suspicious activity around you, make a report using your smartphone by downloading the Safe2Tell Colorado mobile app from the Apple Store or Google Play or by calling 1-877-542-7233 to speak to a live, trained dispatcher.

Editor's note: A previous version of this story stated there was a violent threat made to Englewood Middle School based on initial information from an Englewood police spokesperson, but a letter sent to parents from school officials indicates the threat was only a tip based on a rumor about a gun being brought to the school. We have amended this story with the corrections.