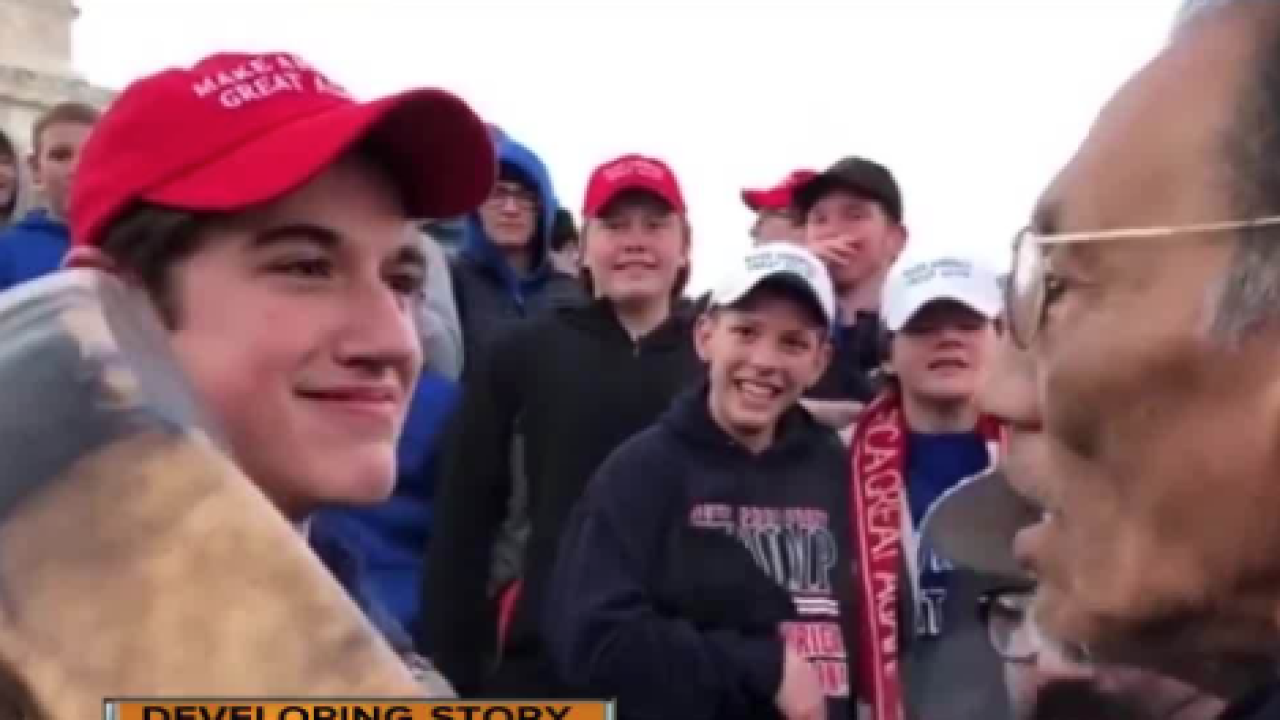 DENVER – A Mountain Ridge Middle School teacher is apologizing to the parent of a student she said was training to be part of the “Hitler Youth,” after a viral video initially appeared to show a high school student from Kentucky in a confrontation with a Native American activist at the Lincoln Memorial in Washington, D.C. last weekend.

Michelle Grissom, who was placed on administrative leave, sent a letter Friday afternoon in which she apologized for tweets posted on January 20 wrongly identifying the student in that video as someone else.

“I feel horrible about not having made a public apology sooner,” said Grissom in a statement obtained by Denver7. “I have not been able to make statements or comment on the matter, but I need for you to know how repentant I am about what happened.

“As an education, I care deeply for children and would never want to cause them harm. I made a mistake and I offer my sincere apology to Jay and to your family.”

As reported by Denver7 on Thursday, Grissom also resigned from her leadership position with the union following backlash from her tweets.