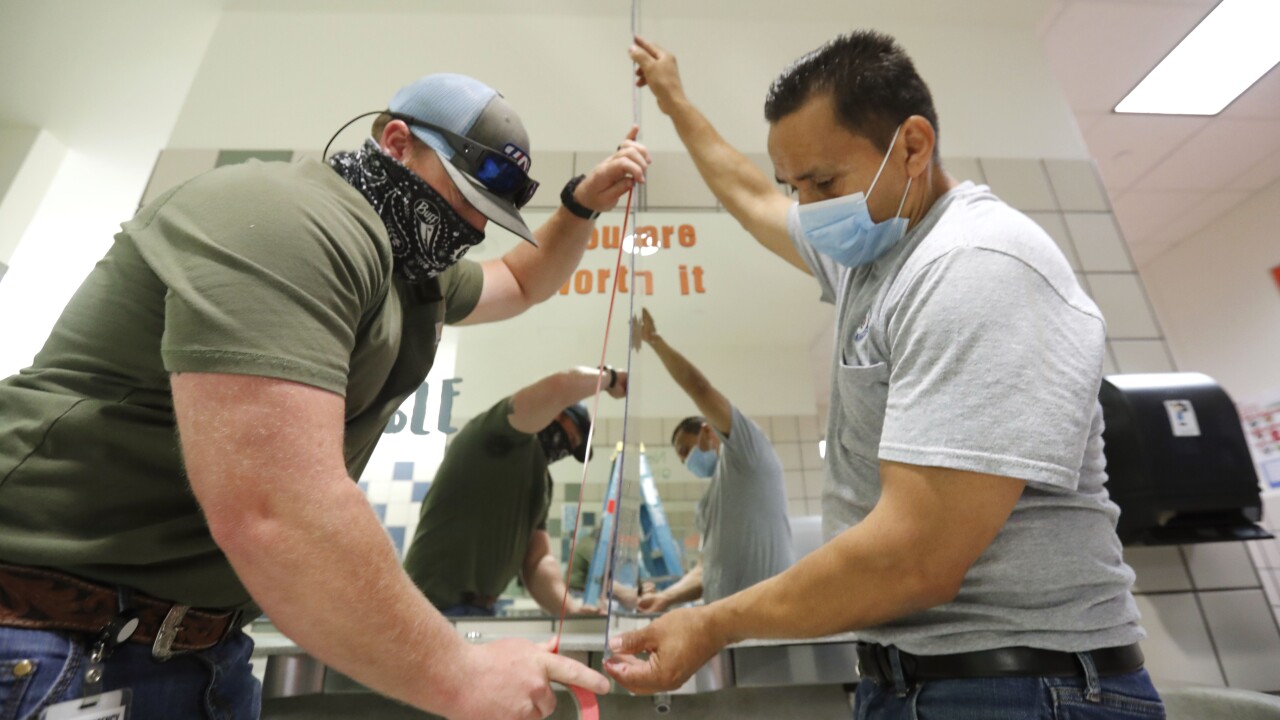 (Copyright 2020 The Associated Press. All rights reserved. This material may not be published, broadcast, rewritten or redistributed.)
LM Otero/AP
Wearing masks amid the concern of COVID-19, Richardson Independent School District workers Rogelio Ponciano, right, and Matt Attaway install a plexiglass barrier on the sink in the restroom for students at Bukhair Elementary School in Dallas, Wednesday, July 15, 2020. (AP Photo/LM Otero) 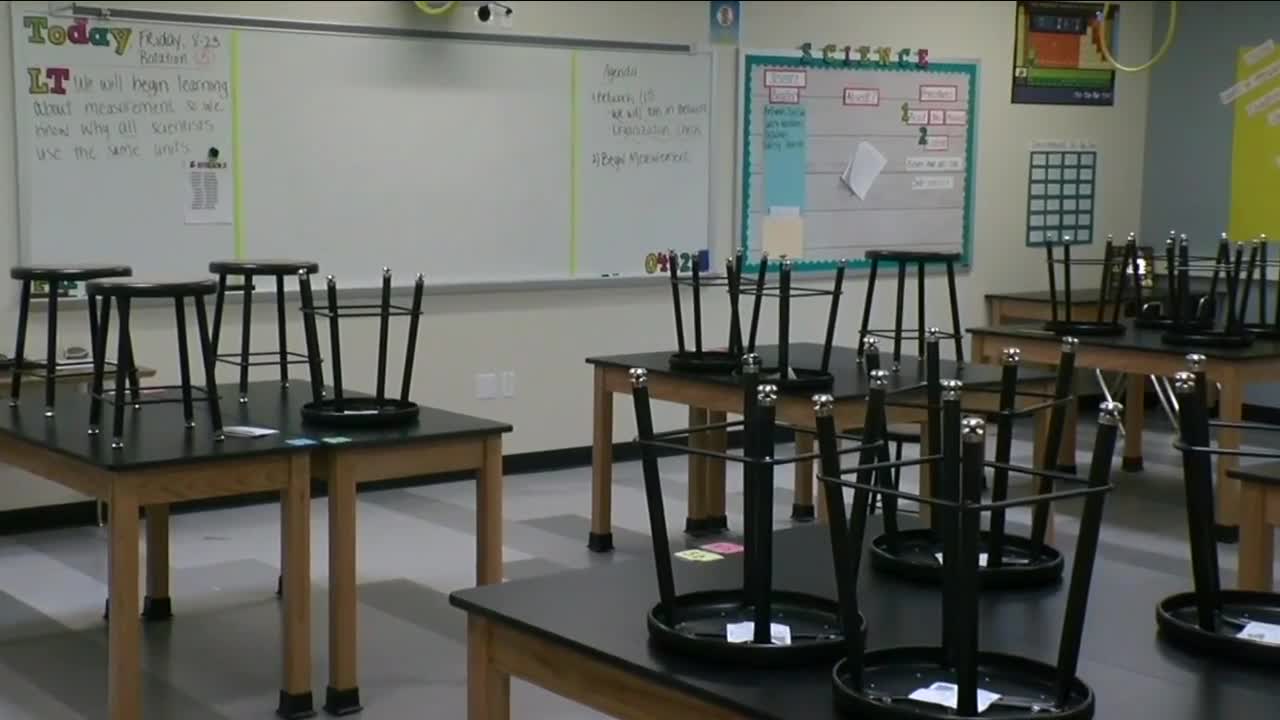 DENVER – A Colorado Education Association survey of more than 10,000 educators found that 78% of respondents said they would be willing to refuse to return to work this fall if they do not feel proper health and safety concerns have been addressed by districts before reopening schools, the union said Tuesday.

The survey, conducted last week among union members, also found that just 8% of those polled want to start the school year with 100% in-person classes, as Jeffco Public Schools and some other districts have said will be the case.

Fifty-three percent of respondents said they wished to start the school year 100% remote. The union members also overwhelmingly said that educators should vote on districts’ return-to-school plans, with 95% agreeing that should be the case.

According to the CEA, the survey found that less than 20% of those who answered the survey said they felt districts can keep them safe.

The CEA also delivered a petition to Gov. Jared Polis and Education Commissioner Katy Anthes signed by more than 13,000 teachers and parents calling for a say in the process about how and when schools will open, and that proper safety and learning measures are implemented with transparency.

“We do love our kids. That’s why we do this, and I am concerned for their wellbeing as well as the wellbeing of my colleagues,” said paraprofessional Lisa Larsen.

CEA President Amie Baca-Oehlert said in a statement that educators and the community need requirements rather than guidance.

“In addition to providing personal protective equipment and making sure health protocols are in place, disease data must be made available to all families, staff and community members immediately and consistently,” said Baca-Oehlert. “And students, staff and families must be provided with equitable access to education, including ensuring school districts have a plan to reach out to our most vulnerable students to ensure their academic needs are being met regardless of where the learning occurs.”