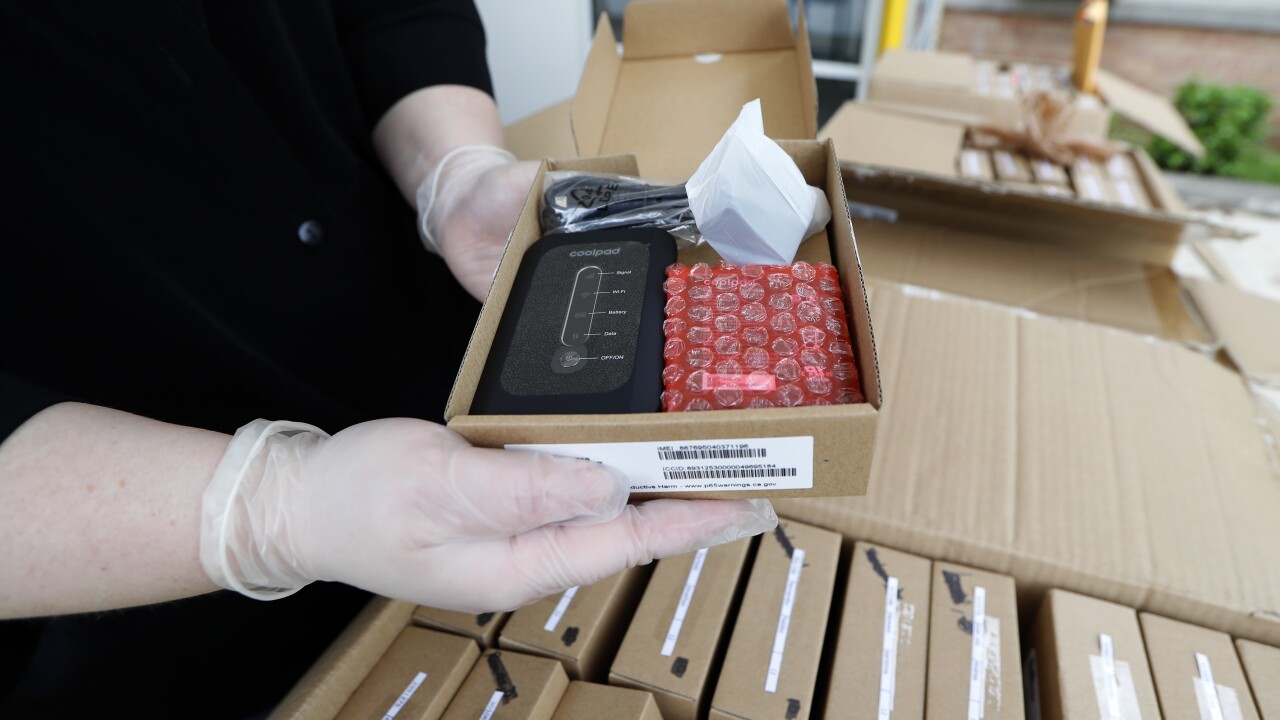 (Copyright 2020 The Associated Press. All rights reserved. This material may not be published, broadcast, rewritten or redistributed.)
Tony Gutierrez/AP
Sam Urban Wittrock, left, an advance placement World History Teacher at W.W. Samuell High School, displays a wifi hot spot that are being handed out to students in Dallas, Thursday, April 9, 2020. Dallas I.S.D. is handing out the devices along with wifi hotspots to students in need so that they can connect online for their continued education amid the COVID-19 health crisis. (AP Photo/Tony Gutierrez) 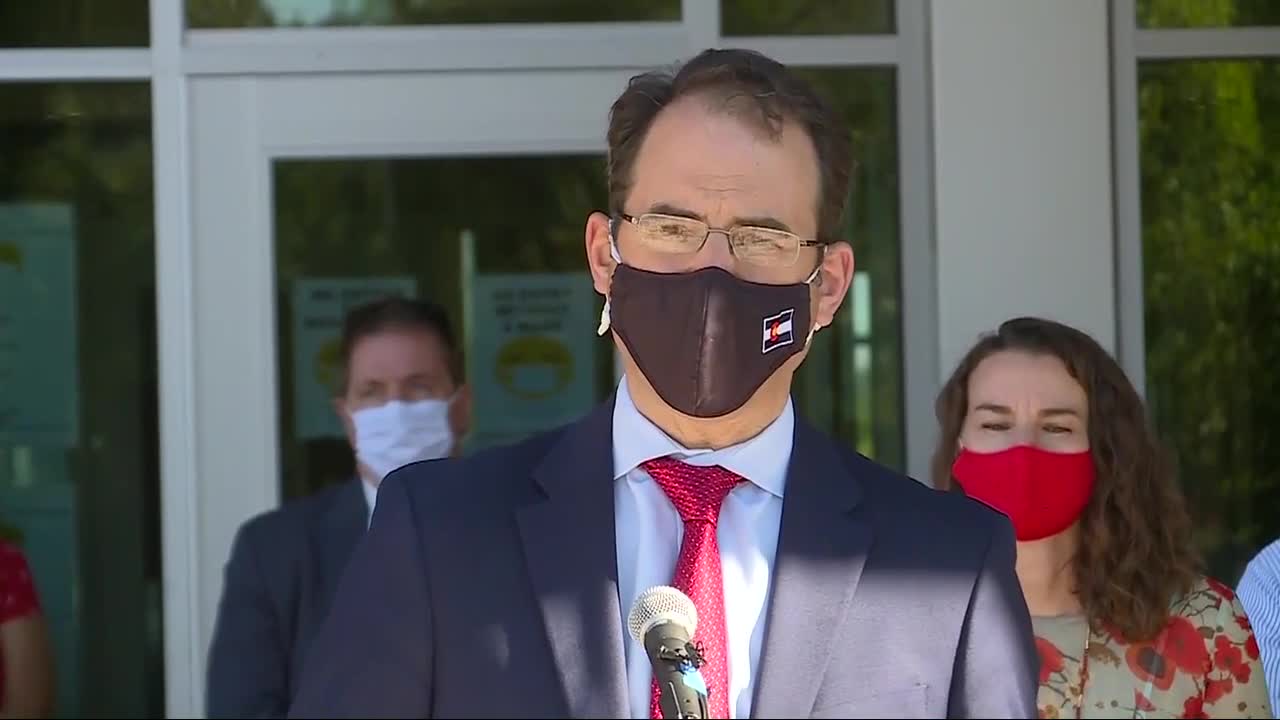 Part of the expansion will come from an October 2019 settlement from the state with T-Mobile over its merger with Sprint. The company will give free hot spots and 100 GB of data per year for up to 34,000 low-income households with students.

To qualify, families will have to be in a T-Mobile service area, and eligibility will be based on whether or not a student is involved in the National School Lunch Program.

A survey done last spring found more than 65,000 Colorado students did not have internet access. The state officials said the new initiatives and programs would be a start toward ending the internet access gap.

Attorney General Phil Weiser announced the state had filed a petition with the Federal Communications Commission asking it to waive some E-Rate Program restrictions that if approved could free up more money to increase hot spot and broadband access at homes, since many schoolchildren are still learning at home.