Surge flow should be exceptionally good this year due to snowpack 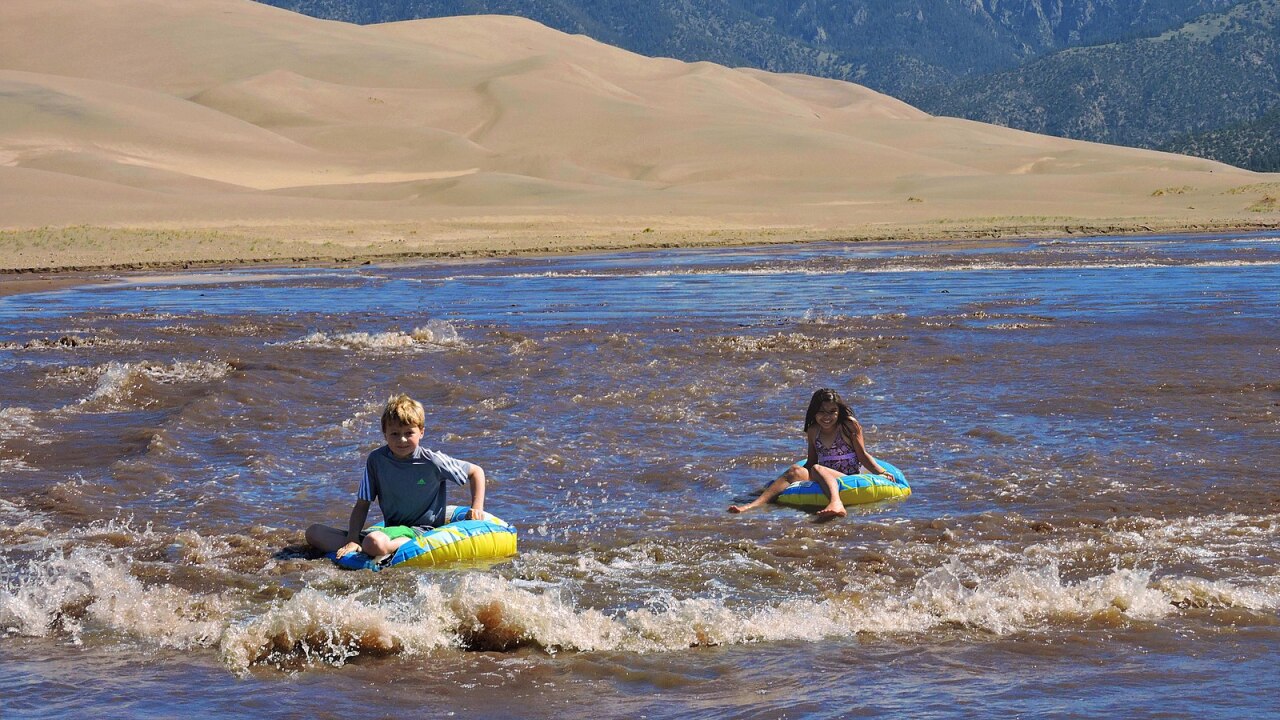 ALAMOSA, Colo. – If you’ve been wanting to go to the beach, you don’t have to travel out-of-state to experience the waves.

That’s because Medano Creek at Grand Sand Dunes National Park and Preserve is close to approaching what’s called “surge flow,” a naturally-occurring, but rare phenomenon where creek water flows in waves across the sand.

Surge flow happens from a combination of a sufficiently steep channel, a sandy creek bottom and plenty of flowing water – which National Park Service officials say there will be plenty of this year due to the state’s above average snowpack.

RELATED: It's June and Colorado's snowpack is 437% of normal: What that means for flood season

The snowpack in Medano Pass, currently 160% of normal, combined with the slow melt into Medano Creek, will create surge peak flow around the first half of June, according to park officials.

Surge flow is generally highest at dawn and lowest at dusk, so if you want to experience this rare phenomenon, make sure to get there as early as possible.

The video below, courtesy of the Great Sand Dunes National Park and Preserve, shows you exactly what happens during surge flow:

The park, located in southern Colorado, is about 35 miles northeast of the Town of Alamosa.