I love exploring ghost towns, visiting old homesteads and learning about Colorado history, but I've never been much for cemeteries until I visited Mount Pisgah cemetery in Cripple Creek.

As you enter the cemetery, there are free brochures that explain the history of the cemetery and its most famous "residents." The brochure has a map to help you walk or drive the streets and find some of the interesting features. While we came to see two famous residents, we ended up seeing, and learning, much more.

Stop number one on the tour is the Masons' area of the cemetery. The Masons are just one of the local fraternal societies whose members are buried here.

From here, you'll see a large statue of an elk, marking one of the two areas where members of the Benevolent Order of Elks are buried.

As you drive up Gold King Road (all of the streets here are named for historic Cripple Creek mines), you'll pass the the area where the Improved Order of the Redmen members are buried. Their section has the only stone fence in the cemetery.

It's interesting to see the large variety of fences put around individual and groups of graves here. Some are quite ornate. I was especially impressed with the Robush family whose fence had the design of a mining head frame and mining equipment in the metal work. 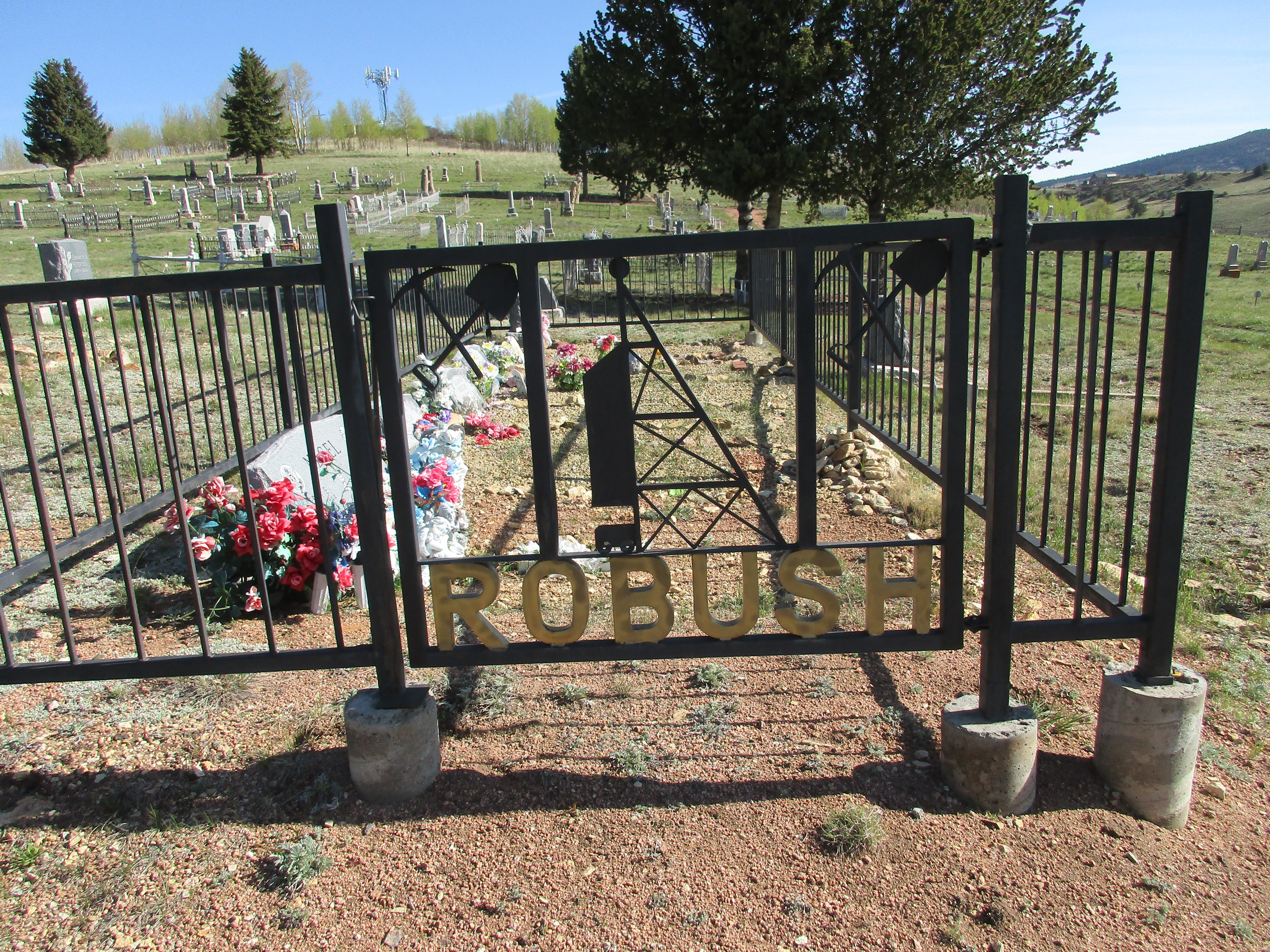 From here, we drove up and around the west end of the cemetery to stop No. 4 and 6. While I didn't find No. 4, former state senator Vernon Peiffer, I did find one of the two graves I came to find, No. 6. Dr. Susan Anderson, "Doc Susie." 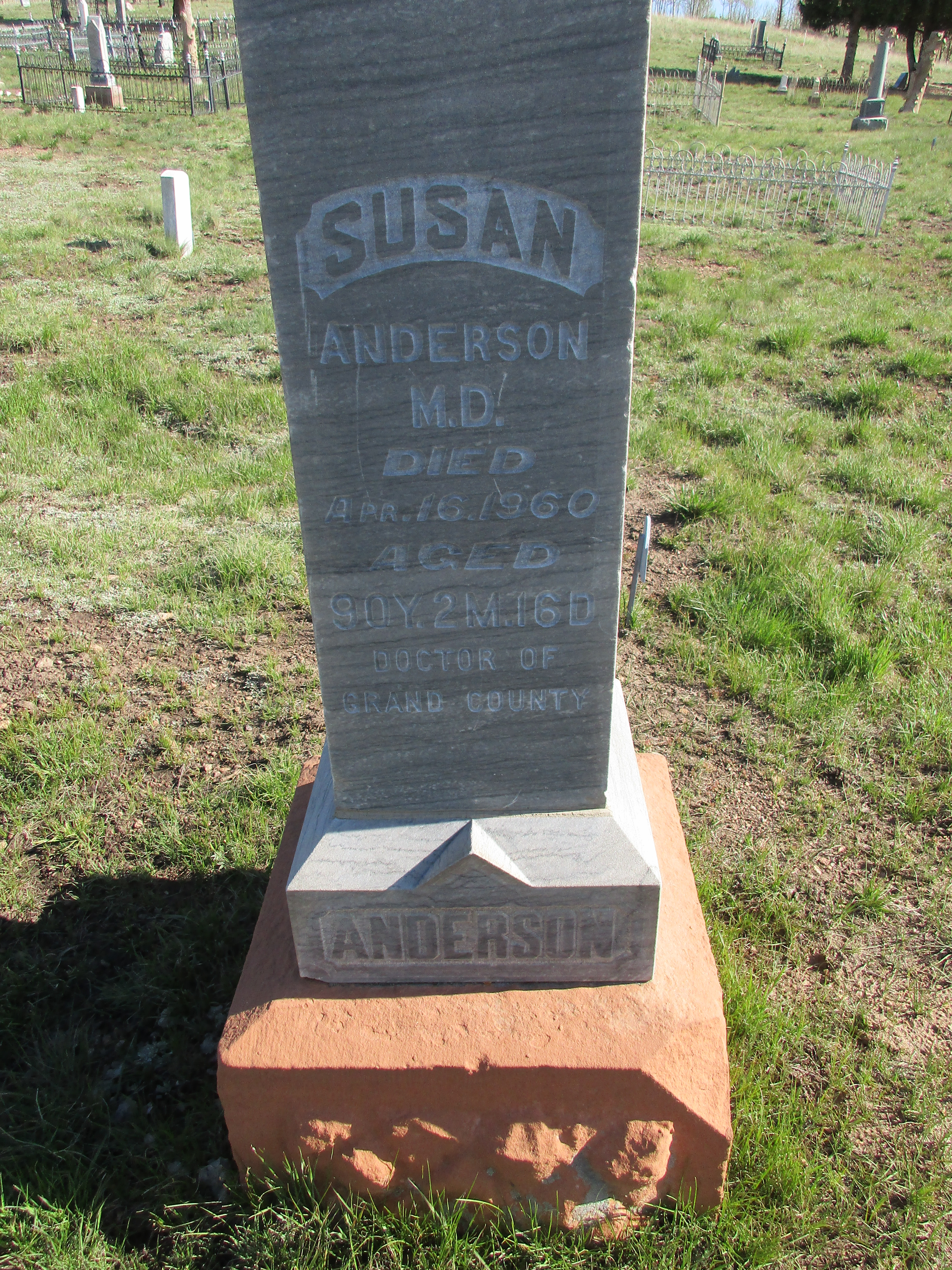 Doc Susie was a rare female doctor in the 1800s. She started her practice in Cripple Creek before working for many years in Grand County. There's a book about Doc Susie's life and she was the role model for the TV show Doctor Quinn Medicine Woman.

While there is a grave marker here for Doc Susie, the brochure explains that she's not actually buried here. Doc Susie wanted to buried next to her brother, who is buried in this spot. However, when she died, the cemetery was so overgrown, no one could find his grave, so she was buried elsewhere in the cemetery. When her brother's grave was found, years later, her name was added to the marker.

Continue east, down the hill, to stop No. 5 and Mt. Pisgah's most famous resident - Pearl De Vere. 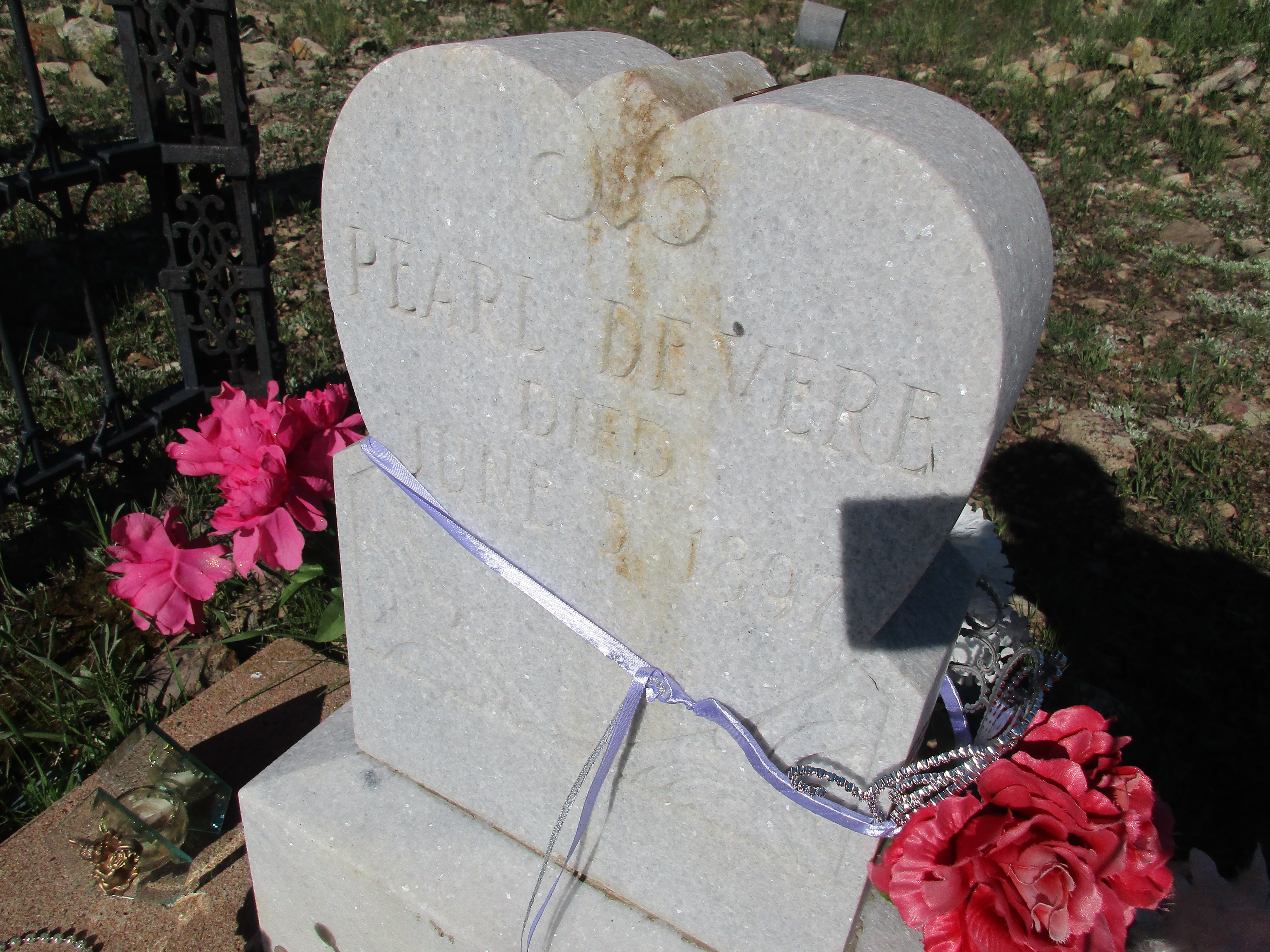 Pearl was a local prostitute and madam of the Old Homestead House. Stories say her funeral was one of the best-attended in Cripple Creek. Her prices were very expensive, $250. At current rates, that would be about $10,000. 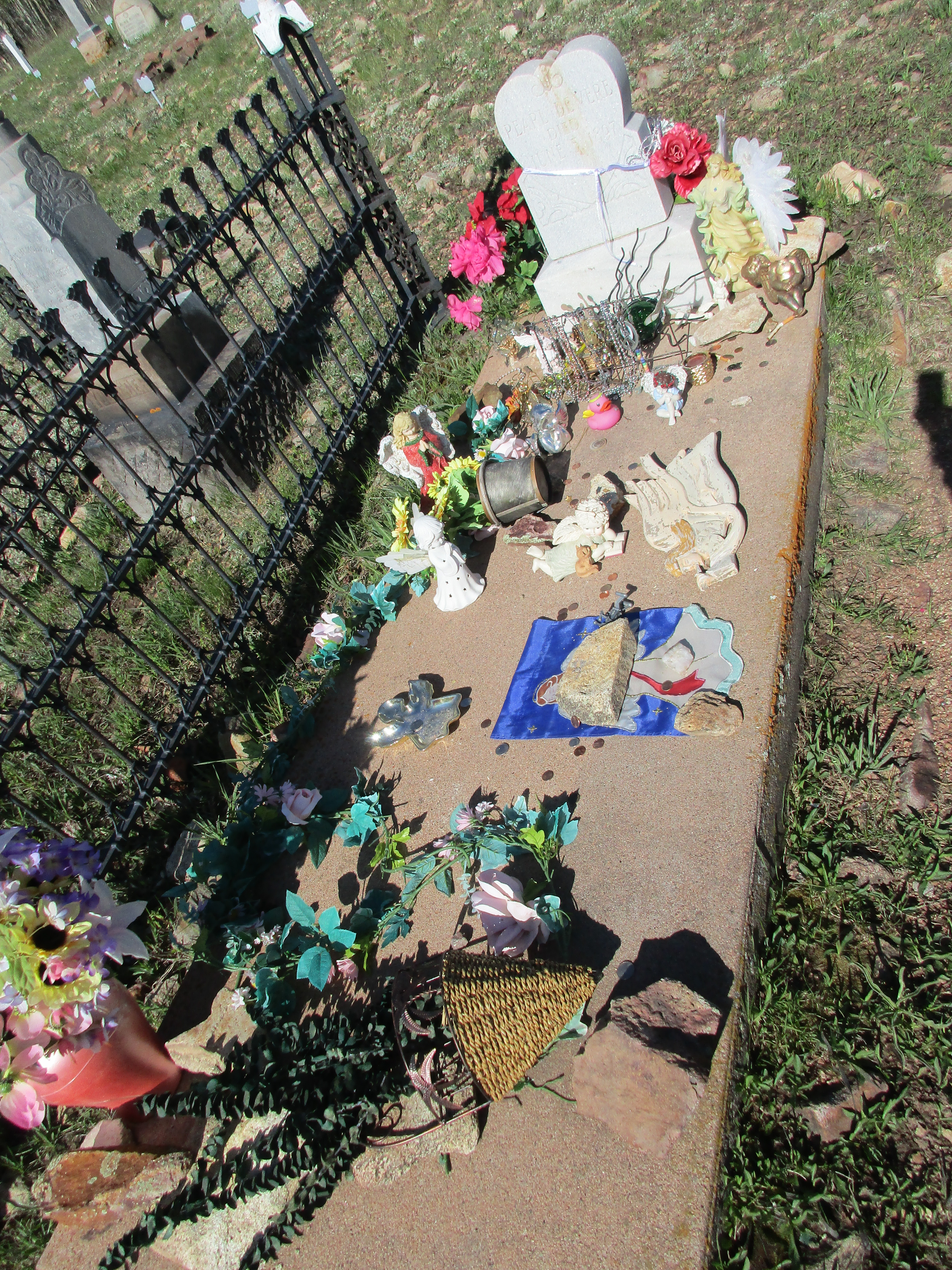 Near her grave, don't miss a head stone that says Fred E Krueger. That name is very similar to the name of a horror movie character, Freddy Kruger, from the Nightmare on Elm Street movies. 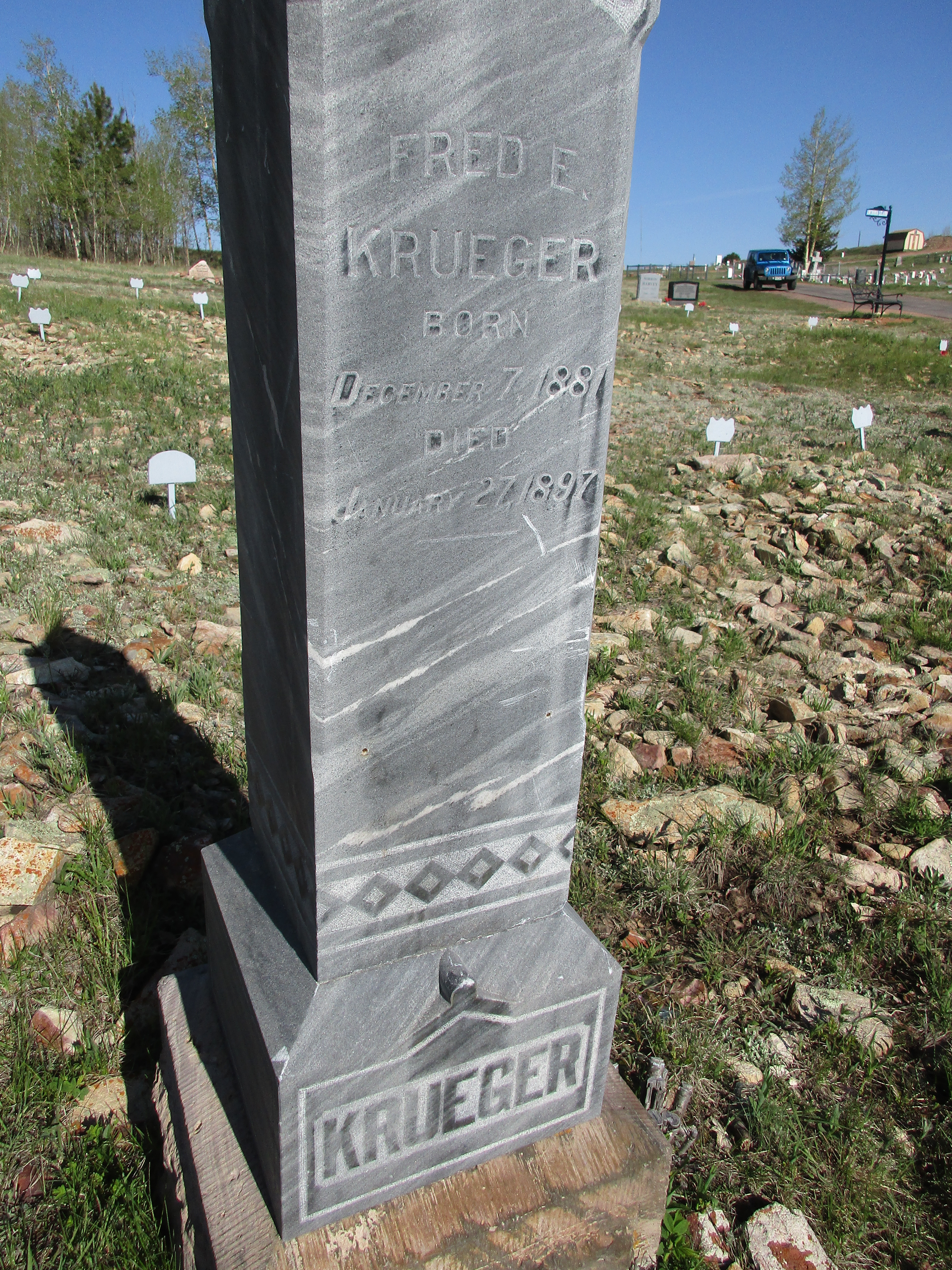 A few steps down the road, we came to a flag and fenced in area with more than 40 veterans. These Civil War veterans were buried at the Grand Army of the Republic cemetery on a ranch about six miles away. But when gold was discovered, the cemetery and its residents were moved here. Sadly, many of the markers were lost in the move, so many of the veterans are no longer identified. 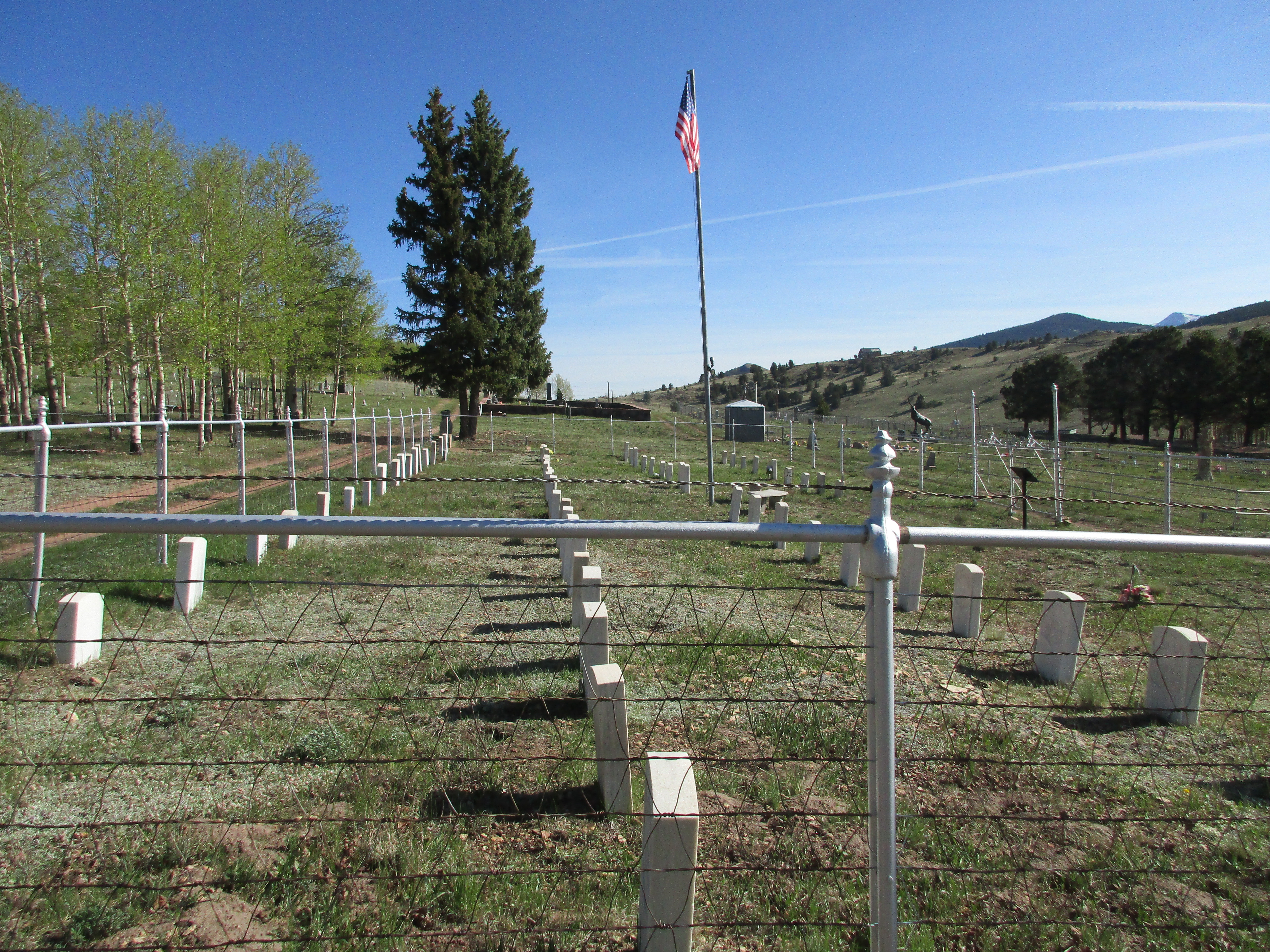 Walk northeast of the veterans to a headstone that looks like a tree. There are several of these headstones in the cemetery. 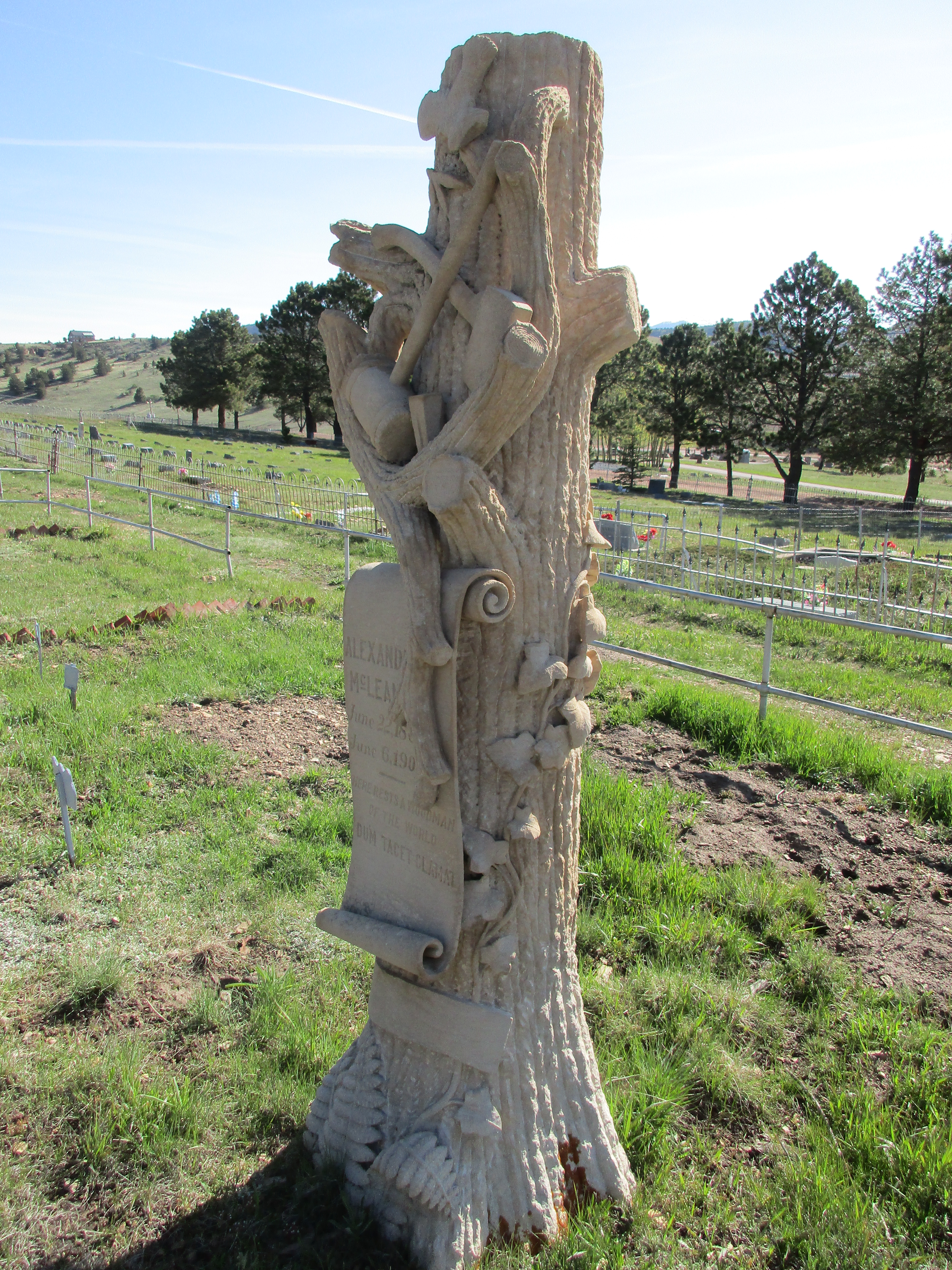 These are members of the Woodmen of the World fraternal society. The headstones are sand-casts in the shape of a tree. This one marks the Alexander McLean's grave. He was a miner killed during the labor wars in Cripple Creek in 1903-04.

Follow the map to spot no. 11 -- a wrought-iron enclosure with the name Nolon on it.

Johnny Nolon was a Pony Express rider who ended up in Cripple Creek running a local gambling hall and saloon.

Johnny bought this plot with a nice view of Cripple Creek, but never used it. He moved to Nevada.

The brochure says there are no graves in this enclosure. 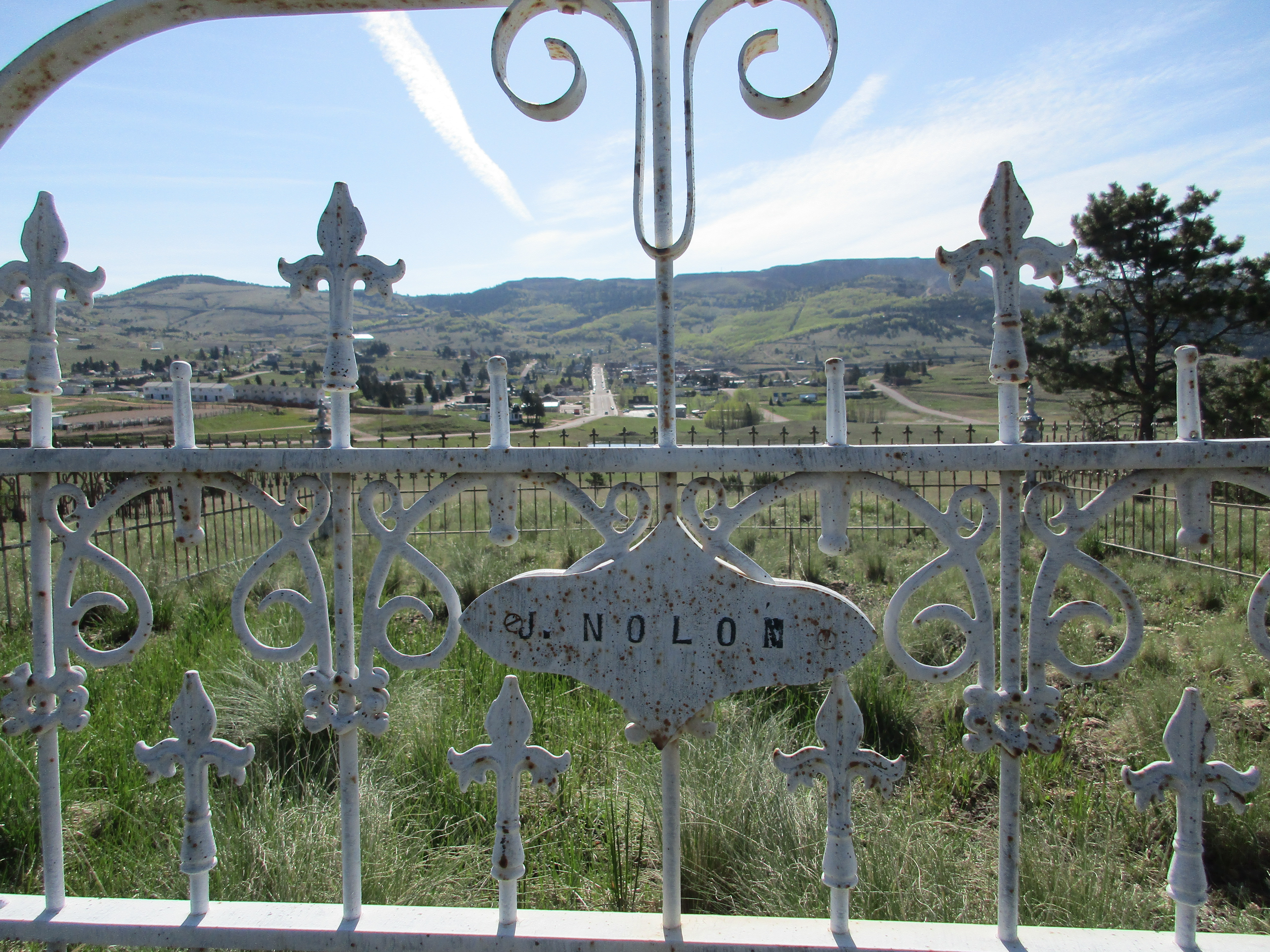 And as you finish the loop, you'll pass the real grave of Doc Susie. 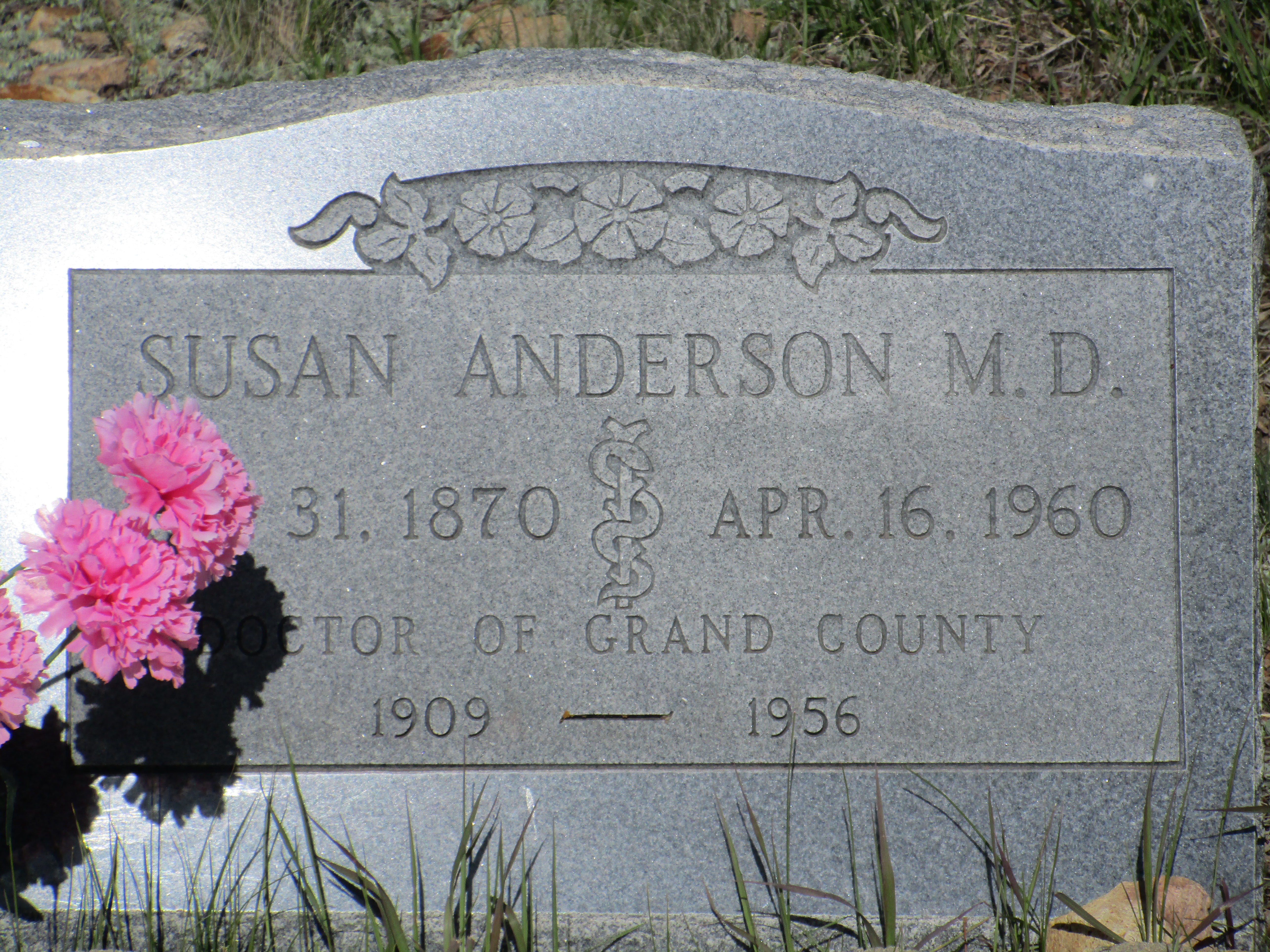 There are a few more sights to see in the cemetery, and wandering around, you may spot a woman who lived to be 102, the graves of many children and the Potter's Field where the poor were buried.

This is a fascinating walk, or drive, through Colorado history.

Learn more about the cemetery here. Take the cemetery tour with a guide in September. Check out more interesting places in our Discover Colorado section.