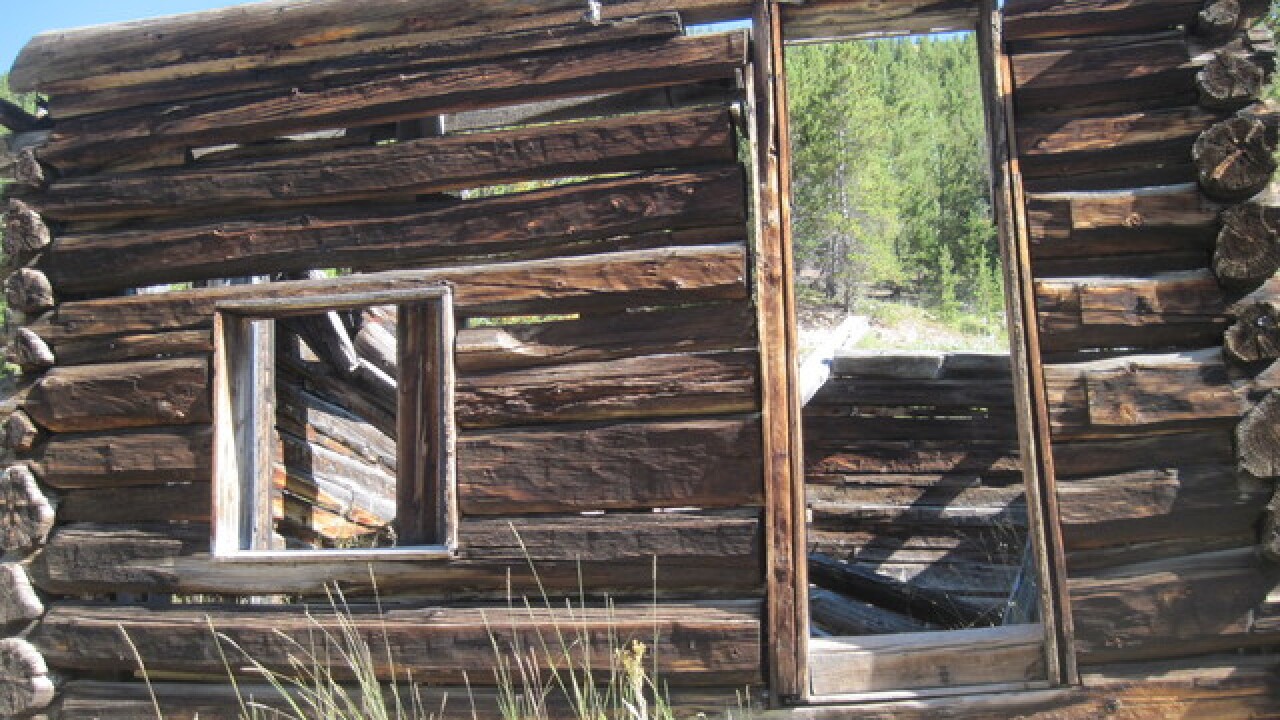 &lt;p&gt;The Aspen Historical Society says the boom didn't last and a bust soon followed.&lt;/p&gt;&lt;p&gt;"Miners were lured away from Independence by the abundant work, good pay and milder climate of Aspen. The citizens of Independence could expect to be blanketed in snow from early October to late May. Daily life in a town at 10,900 feet was not easy!," according to the Historical Society.&lt;/p&gt;

Join us for a walk back in time as we explore the ghost town of Independence, near Aspen.

Why the name Independence? Legend says it was because gold was discovered here on the Fourth of July in 1879.

Like most mining towns in the Colorado mountains, the legends and stories are fascinating. Here's what the Aspen Historical Society says about Independence:

Legend has it that prospectors discovered the Independence Gold Lode on July 4, 1879. A tent city sprang up that summer, and by 1880 there were 300 people living in the camp.

By 1881, the Farwell Mining Company had acquired most of the leading mines in the area including the Independence No. 1, 2, & 3, Last Dollar, Legal Tender, Mammoth, Mount Hope, Champion, Sheba, Friday, and Dolly Varden. The company also operated the Farwell Stamp Mill and a large sawmill for their mines. That summer, the population grew to 500, served by four grocery stores, four boarding houses and three saloons. The Independence Miner started printing in October. By 1882 the Town of Independence had over 40 businesses with three post offices and an estimated population of 1,500. A miner could get room and board for $2 at the New England House, a boarding house on the east end of Main Street.

Typical of mining boom towns, the bust soon followed. Miners were lured away from Independence by the abundant work, good pay and milder climate of Aspen. The citizens of Independence could expect to be blanketed in snow from early October to late May. Daily life in a town at 10,900 feet was not easy!

Although mining at Independence proved to be short lived, over $190,000 worth of gold was produced between 1881 and 1882. The next year production dropped to $2,000. By 1888, only 100 citizens remained in the high mountain town, which in its brief history had been called many names—Independence, Chipeta, Mammoth City, Mount Hope, Farwell, Sparkill and Hunter’s Pass.

During the winter of 1899 the worst storm in Colorado’s history cut off the supply routes to Independence. The miners, who were running out of food, proceeded to dismantle their homes to make 75 pairs of skis and to escape en masse to Aspen. They made light of their adventure by making it a race of the Hunter’s Pass Ski Club—entry fee: one ham sandwich.

Learn more about Independence on the Aspen Historical Society's website .

Directions: Independence is 16 miles east of Aspen on Highway 82. The Highway is typically closed over the winter, reopening around Memorial Day.

Admission: Suggested donation $3, children 12 and under are free

Copyright 2014 Scripps Media, Inc. All rights reserved. This material may not be published, broadcast, rewritten, or redistributed.