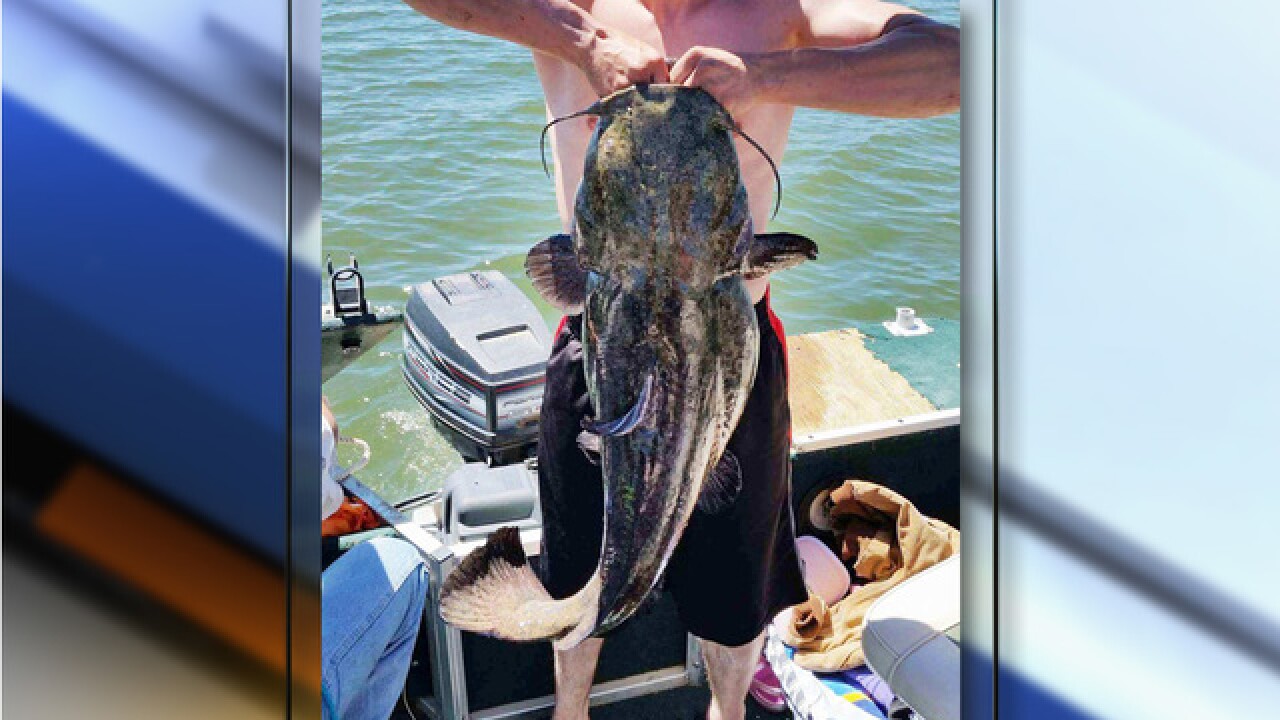 PUEBLO, Colo. – A man from Canon City is now holding the state record after reeling in a 30-pound flathead catfish while fishing in Lake Pueblo this summer.

Michael Flock was fishing with his family on Father’s Day when the surprise catch happened.

"We’d been trolling all morning, catching walleye and bass. I put on a really large Rapala clown lure, with a 2-inch red head and 7 inches of white body. I cast it out there and let it troll with the boat. It dove real deep,” he told Colorado Parks and Wildlife officials.

For a moment, Flock thought he was snagged as the boat they were in was close to the bank, but as soon as the boat was put in reverse, the drag took off and Flock realized he’d caught something big.

"Everybody on the boat was cheering. It was a fantastic experience on Father’s Day with my dad,” Flock said of the catch.

CPW officials say this catch erases the previous state record set on Jan. 19, 2015. Tony Chavez of La Junta caught a 27-pound flathead catfish below the John Martin Reservoir, about 20 miles west of Lamar off US Highway 50.

The latest record-breaker didn’t shock everyone, however.

A CPW biologist said Lake Pueblo has been producing huge catfish, and that this could only mean the fish population is doing well in our area.

Colorado Parks and Wildlife tracks fish records by weight in 46 different species categories. Potential record-holders must have a valid Colorado fishing license or be under the age of 16.