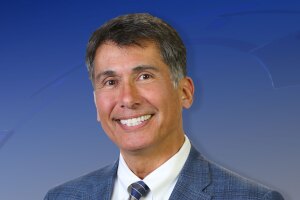 Lance Hernandez is a Denver7 Multimedia Journalist and Reporter. Lance began his broadcasting career as a freshman in high school, spinning records at his hometown radio station in Kimball, Nebraska.

Once he started college he got a taste of the TV bug and hasn't looked back. He worked as a Reporter, Weathercaster and Anchor at stations in Corpus Christi, Texas and across Colorado in Sterling and Grand Junction before moving to Denver7 in the late 80s where he's worked ever since!

Hernandez has covered many memorable stories for Denver7, from the Pope's visit in 1993 to the crash of Continental Flight 1404 in 2008 and Denver's trio of tornados in 1988 to the big Windsor tornado in 2008. Lance was there when the CDOT began blasting away the first bridge for the expansion of I-25, and spent a night on the floor at Denver International Airport after getting stranded while covering the Blizzard of 2006.

Lance feels fortunate to live and work in Colorado, covering the important issues facing our state.