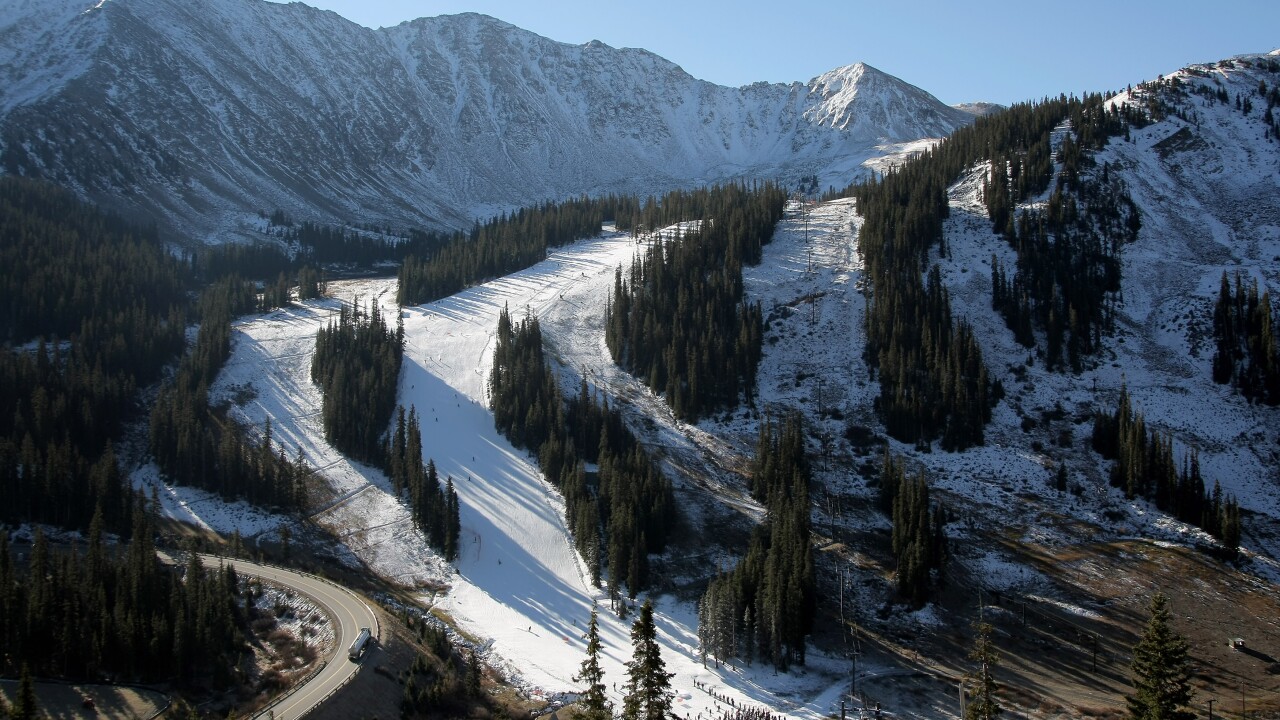 Doug Pensinger/Getty Images
KEYSTONE, CO - OCTOBER 15: Skiers filter into the lift after taking their first runs on opening day at Arapahoe Basin Ski Area on October 15, 2008 in Keystone, Colorado.Arapahoe Basin and Loveland Ski Area in Colorado called it a tie as they both became the first ski resorts to open in the United States for the season. Both resorts opened on an 18" base of man made snow. (Photo by Doug Pensinger/Getty Images)

FRISCO, Colo. (AP) — Colorado’s Keystone Resort is asking the U.S. Forest Service to allow it to build a lift that will provide better access to nearly a square mile (2.5 square kilometers) of high-alpine bowl skiing.

The resort wants more people to ski and snowboard the Bergman and Erickson bowls, which can now only be reached by hiking or by using the resort’s Sno-Cat service, The Summit Daily reported Friday.

The winter-only proposal would include a new lift in the Bergman Bowl, as well as new snowmaking operations, trails and a warming hut, resort spokeswoman Loryn Roberson said.

The Forest Service has been working with Keystone on the plan and visited the area over the summer to gauge how water, wildlife and wetlands would be affected.

“One thing going for this project is there’s been public use back there,” said Dillon District Ranger Bill Jackson. “So that makes a big difference in looking at impacts, particularly wildlife impacts.”

The Forest Service has 60 days to review the proposal, and if it accepts it, the public will have a chance to comment.

Keystone most recently replaced the Montezuma lift in the winter of 2017-18, but the last time it added a new lift was in 1997, when the Ranger lift was installed. The last major lift-served terrain expansion was the Outback in 1991.

The resort currently offers about 5 square miles (13 square kilometers) of skiable terrain, about half of which can only be accessed by hiking or riding a Sno-Cat.