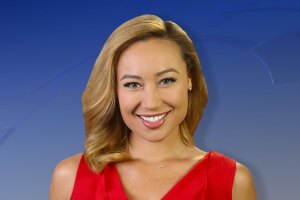 Katie LaSalle joined the Denver7 team in March, 2016 and is a weather forecaster, anchor and reporter.

Katie grew up in seven states, in England and in Canada with her family. She spent much of her life competitively figure skating before setting her sights on journalism while in school at The University of Colorado in Boulder.

Plum TV in Aspen, Colorado was her first stop in broadcasting. After a winter season, Katie headed to Coos Bay, Oregon, to work as a multimedia journalist there before moving to a similar role in Eugene. There, she forecasted the varying Pacific Northwest weather, covered stories ranging from politics to housing issues to community events, and later became the evening news anchor.

Katie created a series called ExplOregon, capturing some of the amazing aspects of the state. From skydiving, to backpacking, to horseback riding and skiing, Katie explored Oregon and is now looking forward to many new adventures in Colorado, currently co-hosting a similar lifestyle series at Denver7 called Mile High Musts in collaboration with 5280 Magazine.

In her free time, you can find Katie hiking in the mountains, trying new restaurants and soaking in the beauty of each Colorado season.