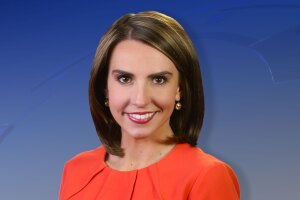 While in Missouri, Kovaleski covered the 2008 Presidential campaign and interviewed Democratic candidate Barack Obama as he traveled through the state. While in North Carolina, she notably won a RTDNAC Award for an investigation that exposed a loophole in state law that allowed out-of-state sex offenders to move to North Carolina without having to register in the state. Jennifer also covered the devastating April 2011 tornado outbreak in Raleigh, Hurricane Irene's arrival on the Carolina coast, and former Presidential candidate John Edward's federal campaign finance trial.

Jennifer’s interest in journalism started early in life. At the age of 11 she was part of a complex undercover investigation for a station in Houston Texas. She wore a hidden camera into a rave party inside the Astro Arena and helped expose an environment where drugs were offered to underage children, and her camera captured several on-scene drug overdoses by minors. The investigation uncovered a lack of overall security and forced county officials to make significant policy changes. The Federal Drug Enforcement Administration (DEA) recognized the report and its impact. In addition, Jennifer appeared on MSNBC to share what her camera captured and the change it produced.

Jennifer considers Colorado home. She is a graduate of Thunder Ridge High School in Highlands Ranch. Jennifer was born in Reno, Nevada and has lived in Los Angeles, Phoenix, Houston, Raleigh-Durham and Sacramento.

In her spare time Jennifer enjoys hiking, reading, cooking, working out and spending time with friends and family.