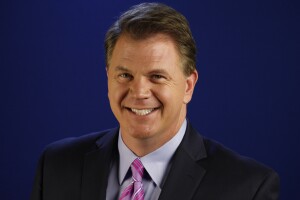 Jayson Luber was raised in the suburbs outside of Detroit, Michigan and graduated from high school and college in Atlanta, Georgia, but he’s been reporting on traffic conditions on radio and television in Denver since 1996! He joined Denver7 in May 2006 as morning traffic anchor and afternoon helicopter reporter/photographer.

Prior to working at Denver7, Jayson was the helicopter news/traffic reporter for KOA Radio, where he helped launch AirWatch Traffic which provided traffic reports for multiple radio stations in Denver.

Currently, Jayson also serves part-time as a forecaster with the Denver7 First Alert Weather team. He holds a certificate in weather forecasting from Penn State University.

Jayson is the recipient of numerous industry awards for reporting and producing. Most recently, Emmy winner for Best Morning Show. He's also been honored with personal Emmys for breaking news and live reporter.

Jayson is married and has two daughters, Jaylyn and Jolene. His many hobbies include traveling, playing golf and most importantly, spending time with his girls. He is an avid fan of the Georgia Southern Eagles and the Denver Broncos.