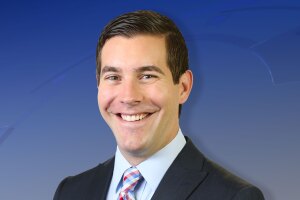 Emmy Award winning reporter and anchor Jason Gruenauer has been a part of the Denver7 team since August 2015.

In his time in Denver he has reported on breaking national news, severe weather, growth in Colorado, crime, politics, investigations, and more. Most notably, he has shared stories about the heart and spirit of Coloradans, from the blind coffee roaster, to the fundraising cosplayer, to a ‘special guy’ with an unforgettable birthday, to the little boy who just wanted to be a wrestler.

Jason is a native of Buffalo, NY and a graduate of the S.I. Newhouse School of Public Communications at Syracuse University.