How you can help victims of Colorado's wildfires
HomepageHomepage Showcase 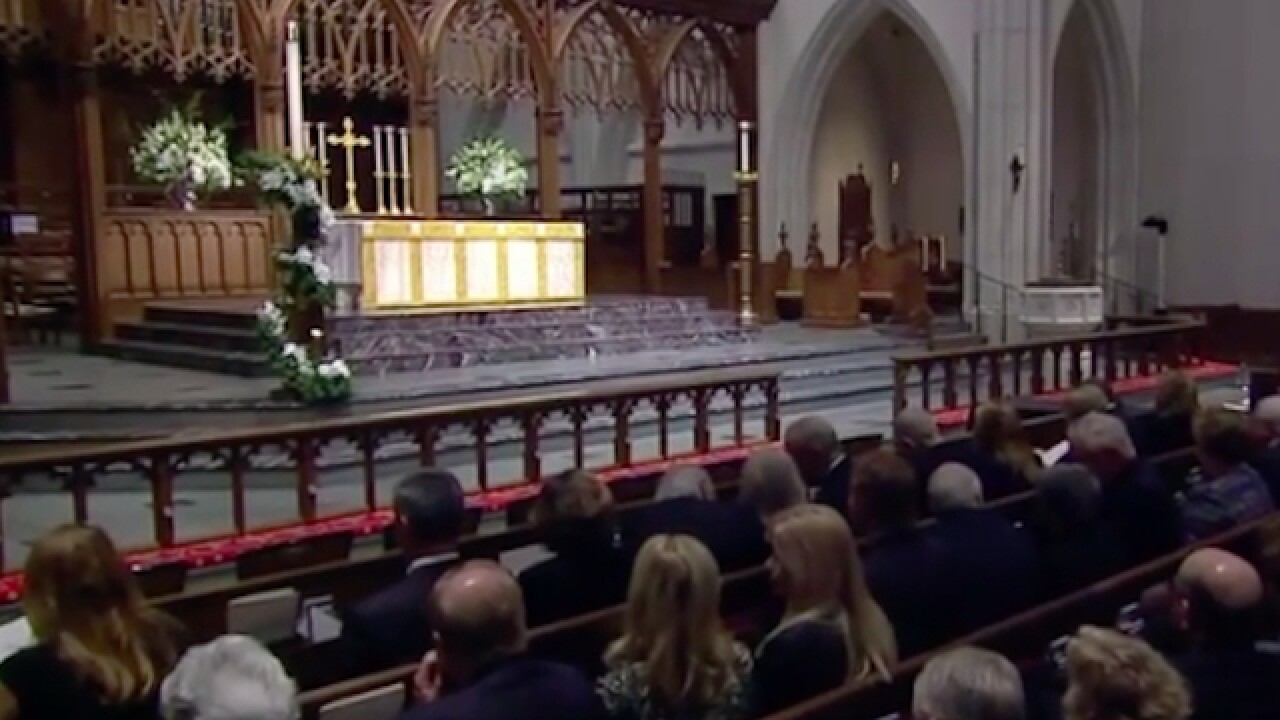 Bush's journey to his final resting place was aboard a train whose engine was specifically built to honor his life.

After a funeral route that took the late President by plane from Houston to Washington D.C. and back again, a Union Pacific train led by a locomotive dubbed the "Bush 4141" carried him to the George H.W. Bush Presidential Library in College Station, Texas.

The Bush 4141 is a rare locomotive that was commissioned to honor the former president in 2005. One of only a handful of Union Pacific trains to bear a color scheme other than the company's traditional gray and yellow, it's painted to resemble Air Force One with a white body, a presidential seal and and long vertical bars of blue.

Since it was built, the 4141 George Bush locomotive has delivered shipments across all 23 states served by Union Pacific, the company said.

The late president once operated the locomotive himself. Retired Union Pacific General Director Mike Iden said that while touring the locomotive after its unveiling in 2005, Bush paused in the conductor's cab.

"It was at that point, President Bush said, 'Can I take this for a drive?'" Iden said. With a little training and a lot of supervision, President Bush then operated his namesake train for about two miles.

On Thursday, his casket rested in a car pulled by the locomotive during his nearly 100-mile final journey from suburban Houston to College Station. The trip took about two and a half hours.

As with funeral train rides for political leaders in the past, people are expected to line up along the tracks to pay their final respects. Such traditions have a long history dating back to Abraham Lincoln's funeral procession, which crossed through 180 cities and seven states on its way from Washington, D.C. to Springfield, Illinois.

Bush was the first late President to be carried to his final resting place by train since Dwight Eisenhower journeyed from Washington, D.C. to Abilene, Kansas in 1969.

According to Union Pacific, the bodies of Presidents Grant, Garfield, McKinley, Harding and Roosevelt and were also transported by trains as part of their final journeys.

Those old enough to remember may also recall the images of people lined up, some with signs and others with bowed heads, to honor the slain Senator Robert F. Kennedy as his funeral train rolled across the country in June of 1968.

Scott Moore, Union Pacific's Senior Vice President of Corporate Relations, says he expects people will use Bush' funeral train route to pay tribute and reflect on the life of the former president.

"This particular train trip...is a great opportunity for Texans and people all across the country to say their final goodbyes to this great man," he said.