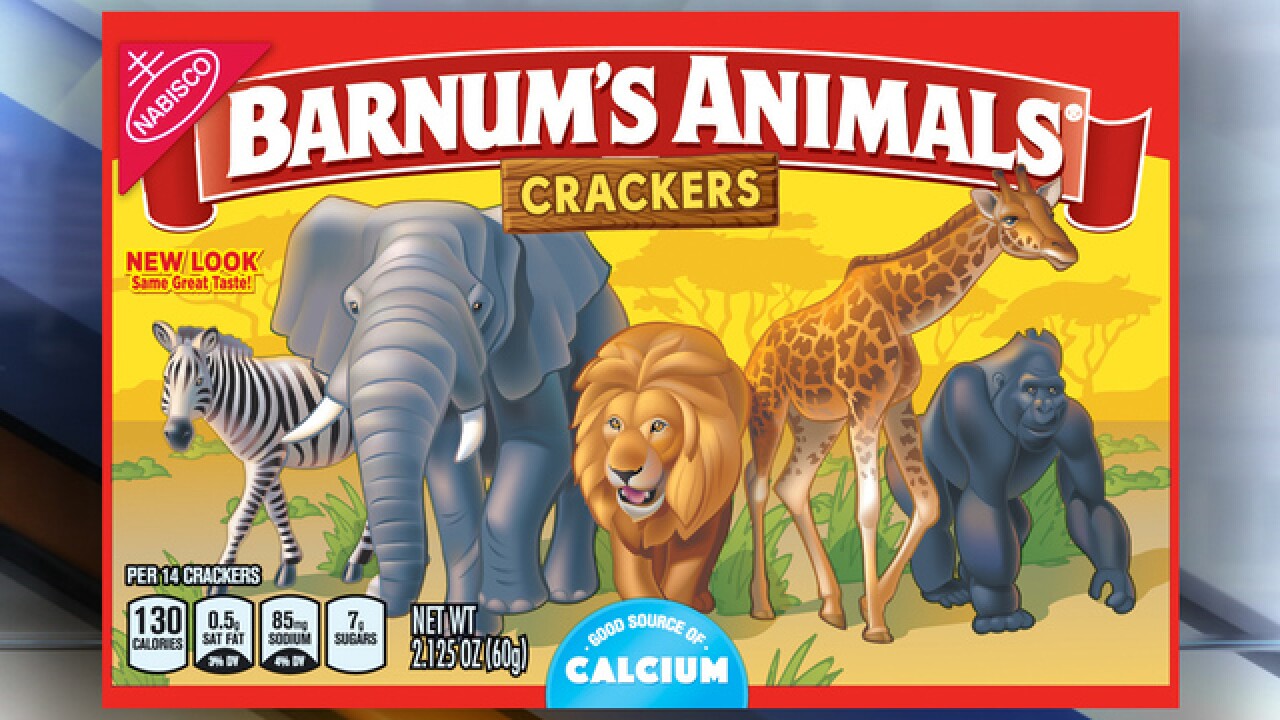 Mondelez International, the parent company of Nabisco, has redesigned its packaging of "Barnum's Animals" crackers after being pressured by People for the Ethical Treatment of Animals.

The group called for the redesign by Mondelez because it protests the use of animals in circuses, and the animal crackers boxes showed animals in cages, the Associated Press reports.

The crackers were once named for the Ringling Brothers and Barnum and Bailey circus, but it folded for good after 146 years. It had removed elephants from its shows because of pressure from PETA, the AP says.

The animal crackers boxes now show animals wandering side-by-side in the grass and include trees.