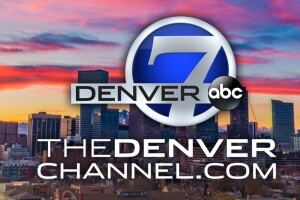 Gary Brode joined Denver7 in August 2019 as reporter. Born and raised in Youngstown, Ohio, Gary earned his Bachelor’s degree in Telecommunications at Youngstown State University with a Marketing minor.

Before making his way to Colorado, Gary has reported in several cities around the country. Gary worked as a reporter for WBZ-TV in Boston, covering a wide range of stories from The Merrimack Valley gas explosions to World Series and Super Bowl parades.

Prior to Boston, Gary was a morning anchor for WZVN in Fort Myers, Fla., most notably reporting on Hurricane Irma, which caused great damage to South Florida in 2017.

Gary has two big dogs named Diesel (English Mastiff) and Duchess (Bernese Mountain Dog). He is a board member for Verma Foundation, a 501(c)(3) that gives “capwigs” to women and children who have lost their hair in the battle against cancer. Gary stays active by competing in Strongman events. He’s also a huge craft beer lover and looks forward to visiting the many breweries throughout Colorado.

Gary is excited to be in Denver and to join the Denver7 News Team. If you have a story idea send it to Gary.Brode@TheDenverChannel.com.