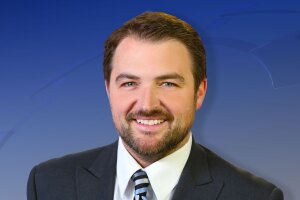 Eric Lupher joined the Denver7 team in May 2011, and reports three days a week and anchors the weekend morning newscast.

Eric started his career as a news director for a student produced newscast at Metropolitan State College of Denver. His news team took home an Emmy for best student produced newscast in 2007. He then moved to work for a station Reno, Nevada during the 2008 Presidential Campaign. He gained political experience as candidates from both sides of the aisle targeted Reno during their run for a presidential nomination. During that time Eric interviewed Bill and Hillary Clinton, Mitt Romney and President Barack Obama before he was elected. After just five months with the Reno, Eric was promoted to primetime anchor.

After his quick stint in Reno, Eric was lucky enough to make it back to his home state here in Colorado, where he worked in Colorado Springs and reported live and anchored on the Emmy-award winning morning newscast. Eric covered everything from the bizarre to the uplifting, and even took part in "Dancing With Colorado's Stars" where he took first place!

When he got the call to work for Denver7, Eric says his dreams came true as he was then able to return to his hometown of Denver and report for yet another Emmy award-winning morning newscast.