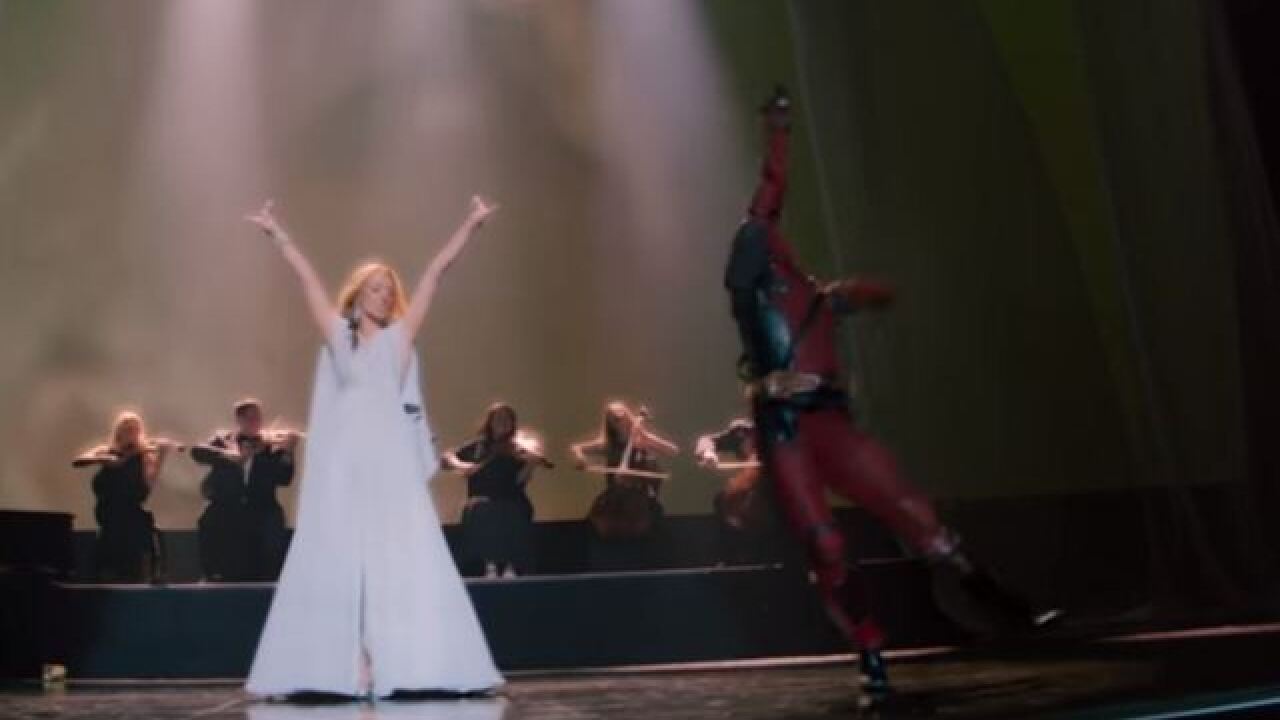 Copyright 2018 Scripps Media, Inc. All rights reserved. This material may not be published, broadcast, rewritten, or redistributed.
CelineDionVevo/YouTube 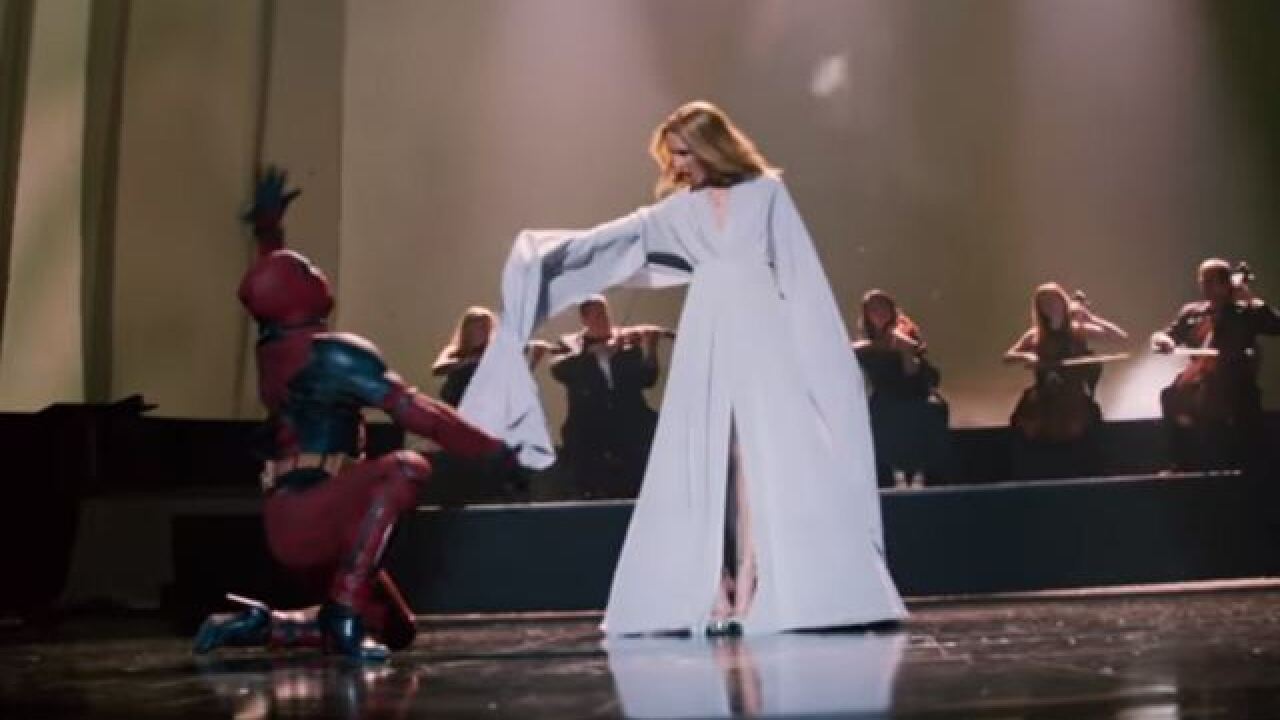 Celine Dion and Deadpool? It's not a pairing you might expect but the two forces combined for a music video ahead of the release of "Deadpool 2" later in May.

The song for "Ashes" was recorded in Las Vegas at the Studio at The Palms.

Over the years I've received incredible songs and I’ve been involved in fun projects.Ashes is 1 of those songs and @deadpoolmovie is off-the-charts!Take the most insane ride of your life when it opens on 5/18!You’ll be laughing your “ashes” off!–Céline xx https://t.co/oQdifucwUP

In the video, Dion belts out the song on the stage while Deadpool, played by Ryan Reynolds, dances around her at various points. The video also including footage from the new film.

But it's the end of the video that is the kicker. Deadpool tells Dion, "That was amazing. That was the most beautiful performance I've ever seen."

The compliment is quickly turned on its head when Deadpool tells Dion that she needs to do it again because it's "too good" and said this is "'Deadpool 2', not 'Titanic.'"

Dion responds, "Listen, this thing only goes to 11. So beat it, Spiderman."

The video ends with Deadpool saying he should have asked N*Sync.

Watch the whole video below.

"Deadpool 2", which will hit theaters May 18, has already beat the advance ticket sales record for a R-rated film at Regal Cinemas. In addition, select Regal locations will offer an action-packed double feature, with back-to-back screenings of "Deadpool" and "Deadpool 2."