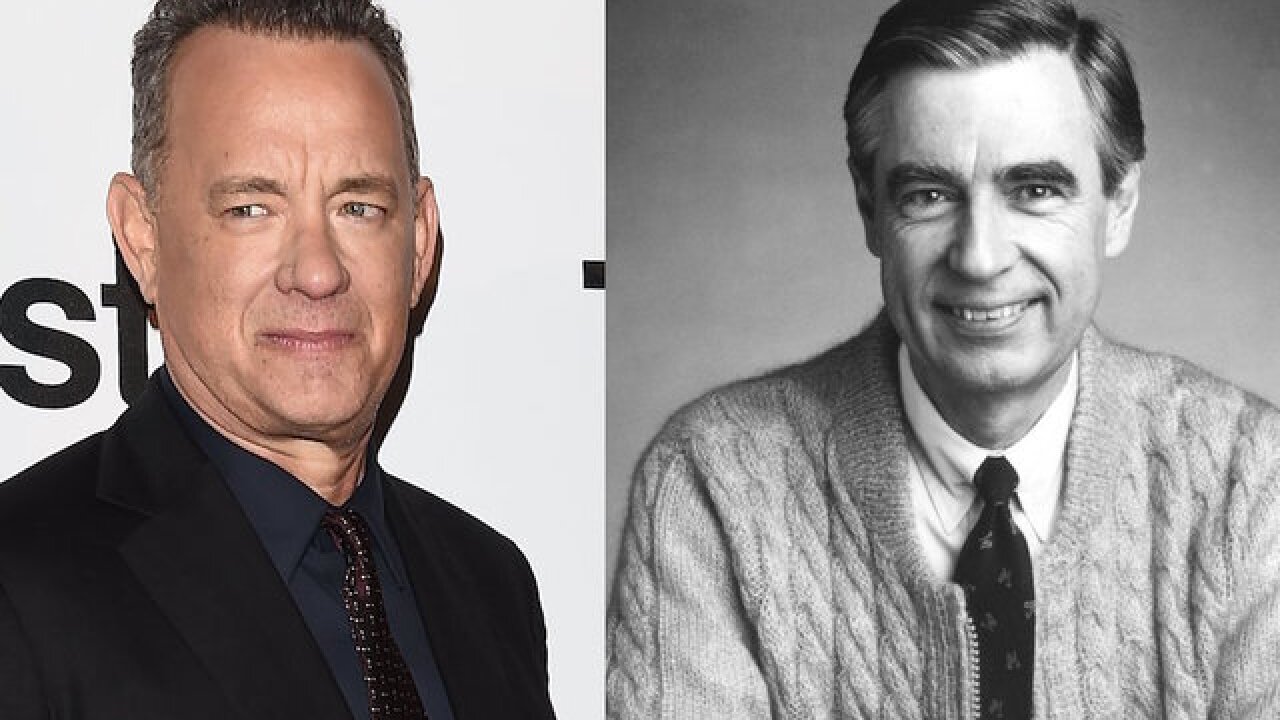 Tom Hanks has a question for moviegoers: "Won't you be my neighbor?"

TriStar Pictures announced Monday that the actor will play Fred Rogers in "You Are My Friend." It's a film based on the friendship between the iconic children's TV host and a journalist assigned to write about him.

Journalist Tom Junod profiled Rogers in an article for Esquire in 1998. The movie is about the bond that developed between the two men.

"In the heart-warming story, a cynical journalist begrudgingly accepts an assignment to write a profile piece on the beloved icon and finds his perspective on life transformed," TriStar said in a statement.

Junod said on Twitter that the movie is "well-timed, for this moment."

TriStar, a unit of Sony, said Marielle Heller, who wrote and directed "The Diary of a Teenage Girl," will direct the film about Rogers.

"I'm thrilled to be making 'You Are My Friend,'" Heller said in the statement. "The script knocked me out with its message of kindness and its exploration of the human spirit."