How to be a part of Tim McGraw's ACM performance 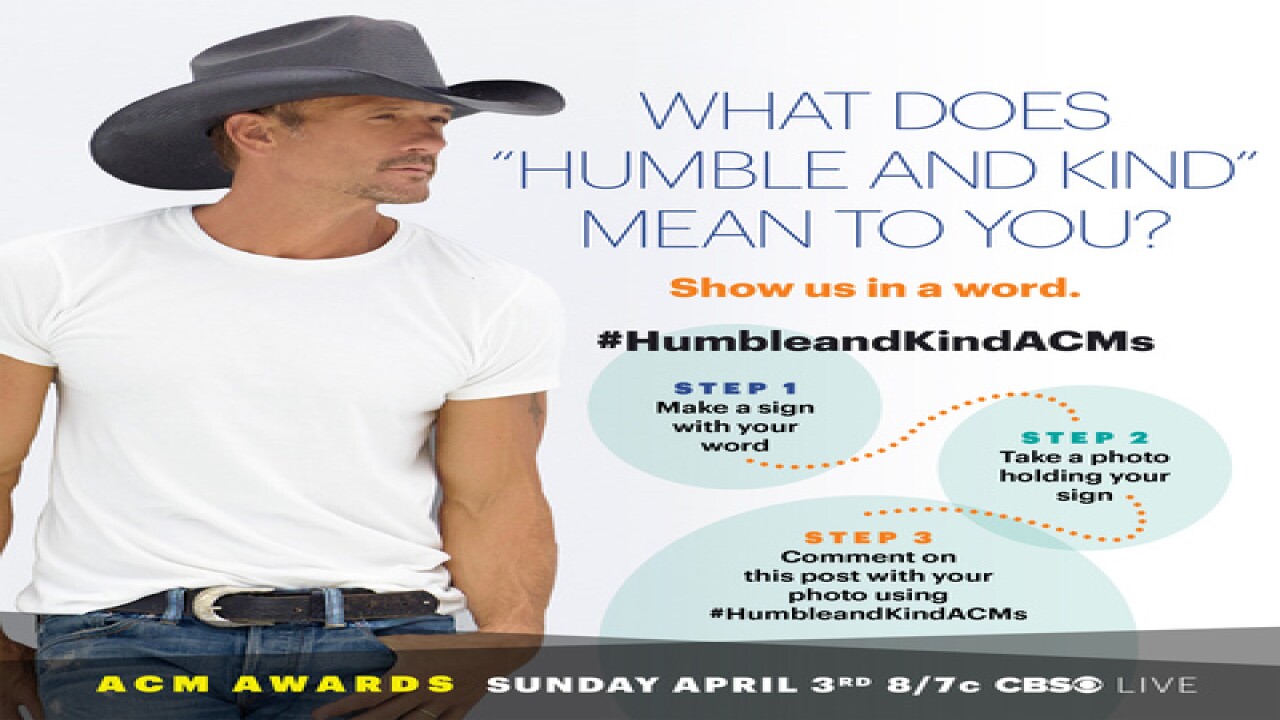 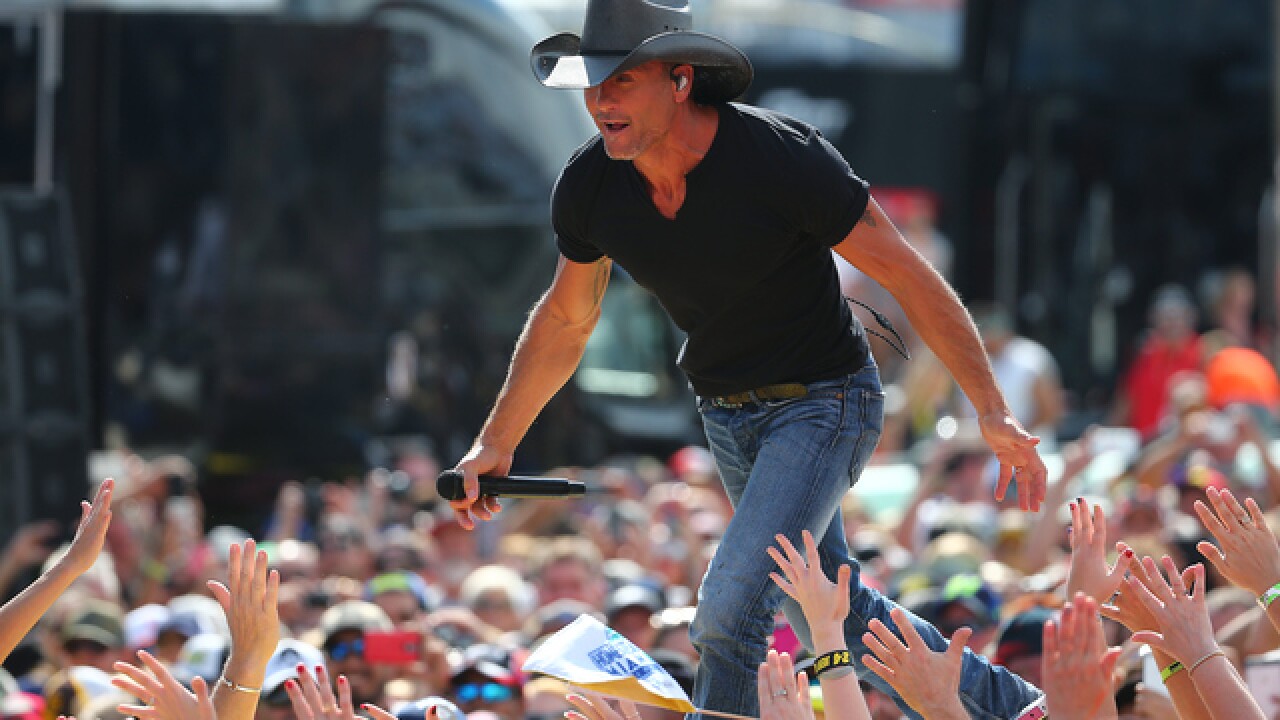 Country music superstar Tim McGraw wants fans to be a part of his performance during the 51 Academy of Country Music Awards.

McGraw will debut the first national television performance of his new single, "Humble and Kind", during the broadcast on April 3.

Fans can send in a photo of themselves holding a sign with a photo or representation of what the words "humble" and "kind" mean to them. A release says that may include anything from a family member to a sign of love or hope.

For a chance to have their photo shown during the big performance, fans can simply add #HumbleandKindACMs to their submissions and post them on Facebook or Instagram.