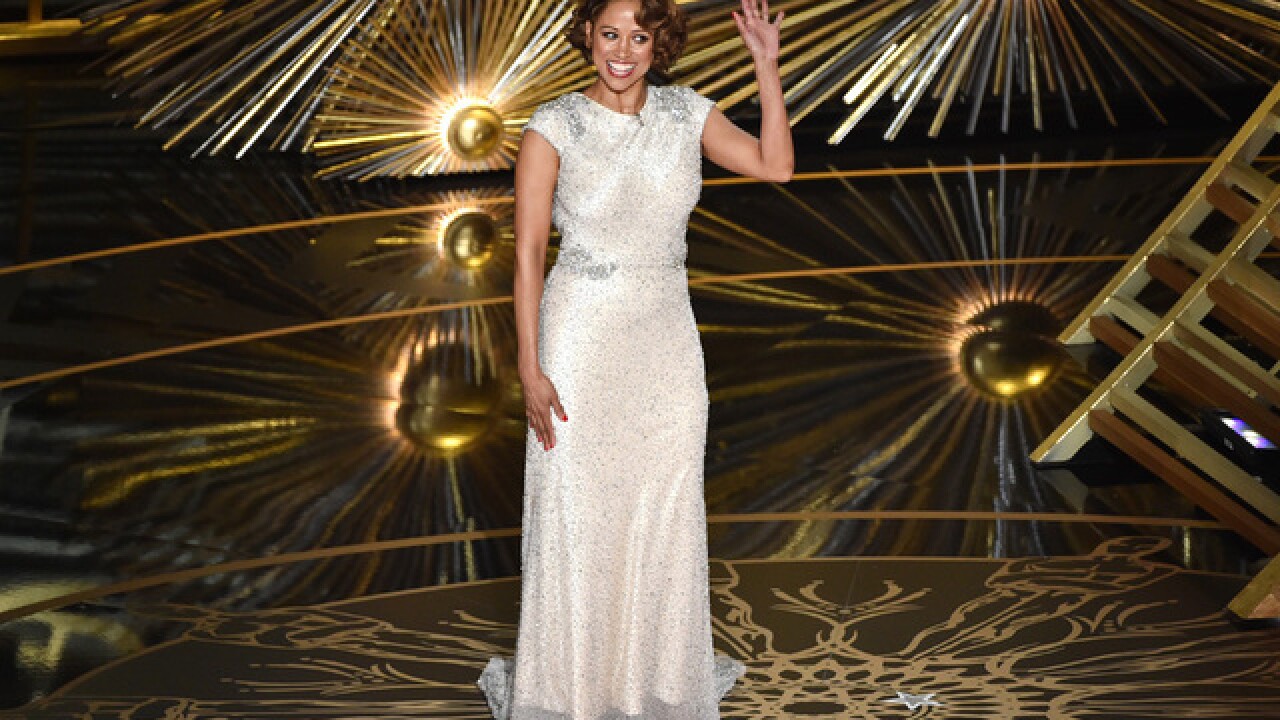 Stacey Dash has opened up about why she made a surprise appearance at the Oscars.

Oscars host Chris Rock invited actress and Fox News commentator Stacey Dash on stage during the 88th annual Academy Awards as part of a bit referencing the conversation surrounding the lack of diversity in Hollywood. This is the second year in a row of all-white acting nominees.

"It's hard to get a job," Rock joked. "But let me tell you some good news. The Academy has taken steps to fix this problem. That's why it's my honor to introduce the new director of our minority outreach program. Please welcome Miss Stacey Dash."

Dash walked onstage in a sparkling silver gown, saying "I cannot wait to help my people out," and "Happy Black History Month," before thanking the crowd and leaving. Her appearance was brief, but left most of the audience silent and seemingly confused.

Dash, 49, later explained her cameo on the Oscars' stage in a blog post , stating that she was there to add humor to the conversation surrounding the lack of diversity in Hollywood, despite her previous controversial comments, which included speaking out against Black History Month.

"I spoke out against Black History Month. (Why should there be such a thing? Haven’t we had more than just one month’s worth of accomplishments?)" Dash wrote. "Plus, I spoke out against the #OscarsSoWhite controversy.... My take? We need to stop complaining about white people oppressing us, we shouldn’t boycott the Oscars, and we need to support Chris Rock the host.

"Which brings me to the joke," she continued. "When they added ME to increase the diversity, I’m sure many black people rolled their eyes.... But God has a great sense of humor and this is my first encounter with one of my dreams of destiny. Bringing diversity to Hollywood ... not merely because of color, but politics as well."