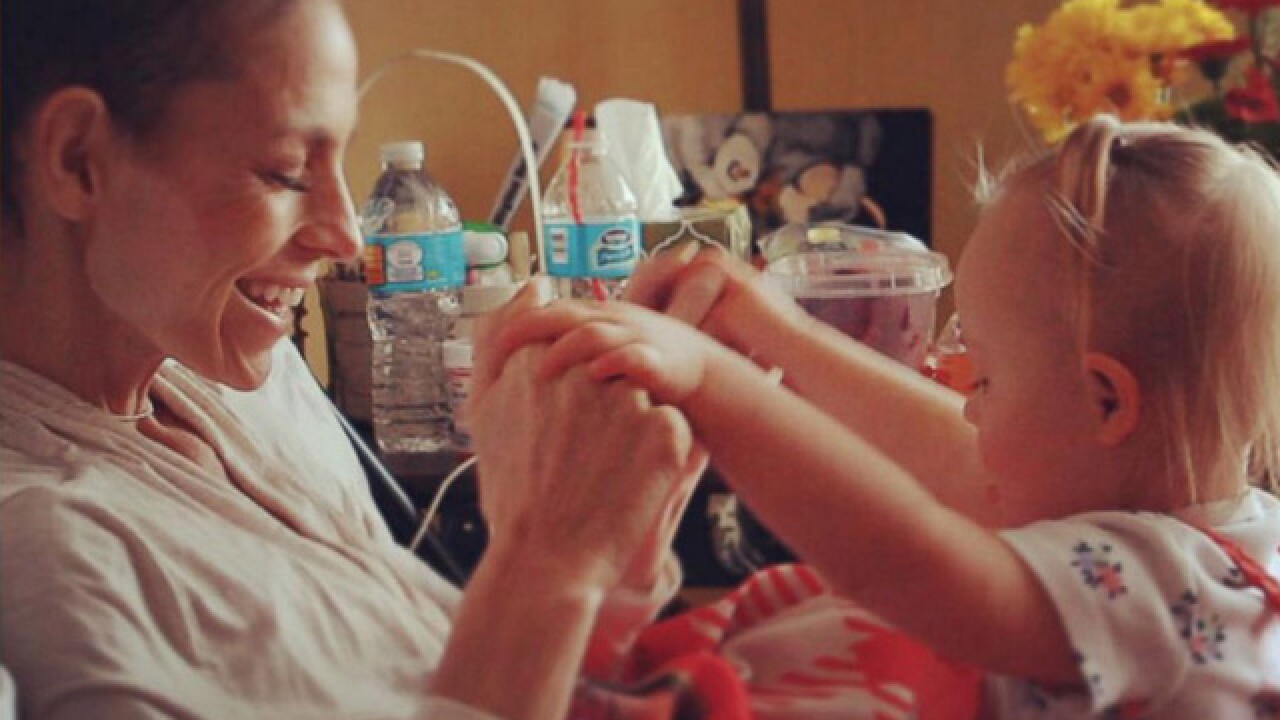 Country singer Joey Feek, one half of the duo Joey + Rory, has died following a battle with cervical cancer, her husband Rory announced on his blog, This Life I Live.

"My wife's greatest dream came true today. She is in Heaven," he wrote. "The cancer is gone, the pain has ceased and all her tears are dry."

Rory Feek, 49, has been documenting their journey on his blog and their Facebook page since May 2014, when Joey was diagnosed with cervical cancer three months after giving birth to their daughter Indiana.

"Over the last number of weeks her pain had gotten worse and her health had continued to decline rapidly. And not long after Indy’s birthday [earlier this month] my wife decided that 'enough is enough.' She was ready to stop fighting and she told me so," he wrote last week. "She said the flowers would soon be blooming back in Tennessee. It’s time to go home."

Rory wrote that his wife recently said goodbye to her parents and three sisters. After their tearful conversation, she asked Rory to bring in Indiana, their 2-year-old daughter.

"I set our little Indy on Joey’s lap and we all cried with my wife as she told her how much her mama loved her and, '...you be a big girl for your papa ... and that mama will be watching over you,'" he wrote. "And then she pulled Indiana up and she kissed her. One last kiss."

Feek stopped treatments last October after they were found to be ineffective and began receiving hospice care in her childhood home of Alexandria, Indiana.

In an interview with The Tennessean last November, Feek said she was "at peace" with the end of her life and spending her remaining days at her childhood home with friends and family.

"I was disappointed. I was exhausted," Feek told the paper after surgery failed to stop the cancer. "But God decided for me that my job of singing for people down here is my legacy, and he needs me singing up there. That's how I look at it."

The Feeks released six studio albums after placing third on CMT's competition "Can You Duet" in 2008. Their final album, "Hymns That Are Important to Us," was recorded just after Joey Feek's surgery last summer and was released on Valentine's Day.

"The one she's always wanted to make -- filled with the hymns she grew up with," he wrote on his blog.

The couple also earned a 2016 Grammy nomination for their performance of "If I Needed You."

Feek is survived by her husband Rory, 49, their 2-year-old daughter Indiana, and his two daughters from a previous relationship, Heidi and Hopie.