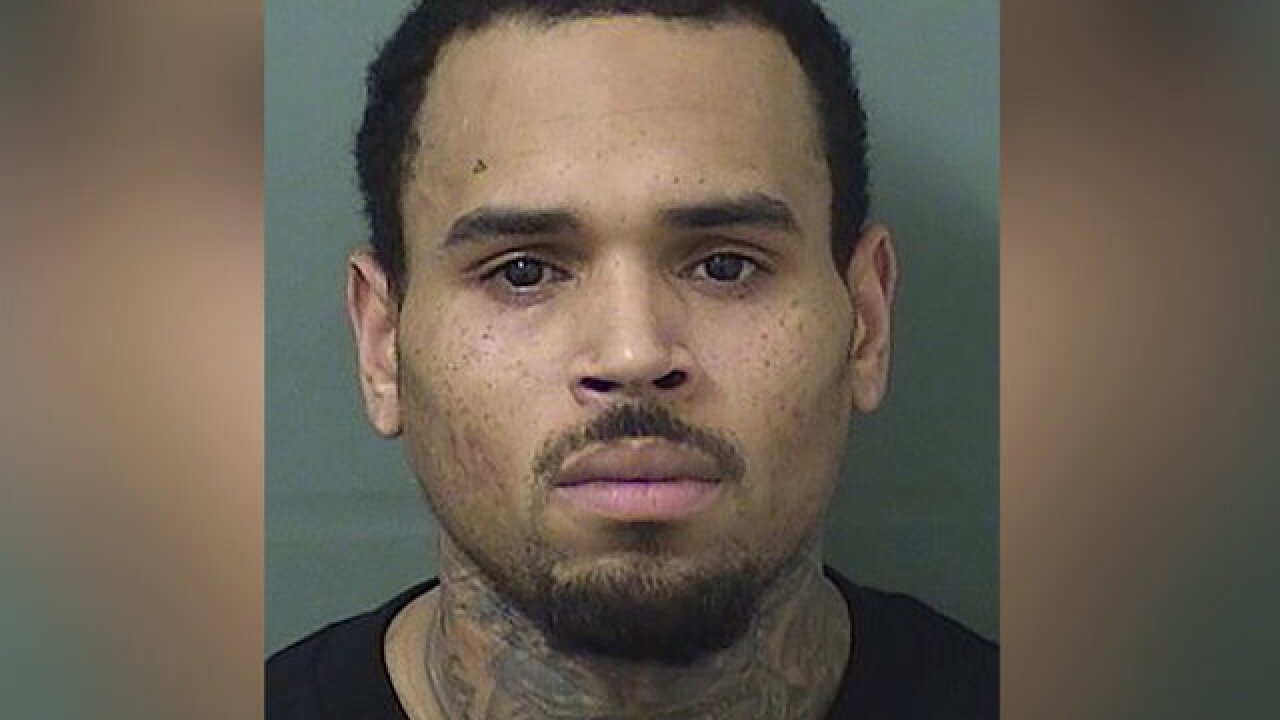 Singer Chris Brown was arrested Thursday night in Florida, where he was performing as part of a nationwide tour.

Brown, 29, was scheduled to perform at 7 p.m. at the Coral Sky Amphitheatre in West Palm Beach. It's unclear whether he was arrested before or after the concert.

The singer was arrested on an outstanding out-of-county warrant from last year, the Palm Beach County Sheriff's Office said. It declined to provide additional details on what the warrant was for, but said Brown was booked and released about an hour later — after he posted bail.

The singer has had several run-ins with the law, including physical assault charges following an incident with his then-girlfriend, Rihanna, in 2009. He was charged with felony assault and making criminal threats in that incident, and received five years probation and community service.

In 2013, Brown and his bodyguard were arrested and charged with felony assault after an alleged altercation outside a hotel in Washington, DC. The charge was reduced to a misdemeanor in court the next day, and Brown was released from jail without bail.

Later that year, Brown was kicked out of a rehab facility after smashing his mother's car window during a family session. A judge ordered him to immediately enter into another rehab program.