American Music Awards recap: P!NK performs while dangling off side of hotel building 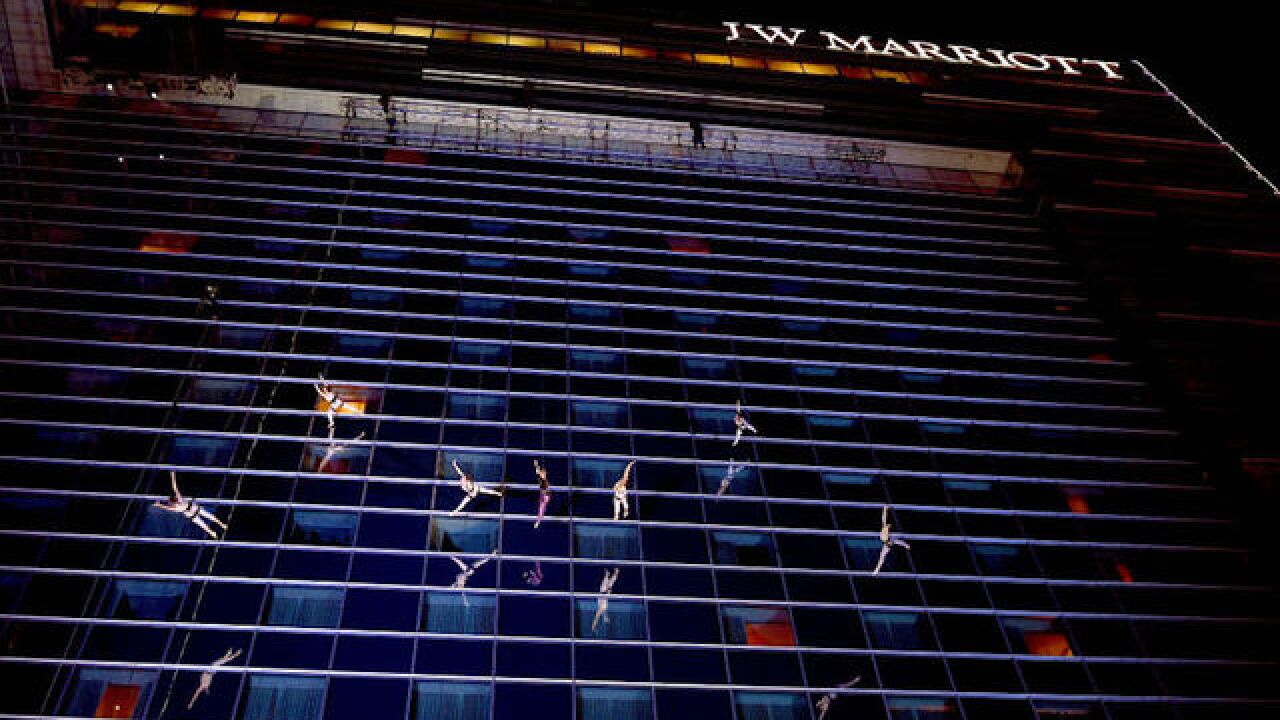 Before singer Bruno Mars was named Artist of the Year and Diana Ross accepted her Lifetime Achievement Award at the 2017 American Music Awards, P!NK could be seen dangling several stories high off the side of the JW Marriott Los Angeles hotel building.

It was one of many big performances at the AMAs on Sunday — the singer was wearing safety straps and dancing along the windows during the performance of her latest hit. Dancers joined her on the building's exterior, each performing at varying levels.

Earlier, the show kicked off with a group of first responders on stage with Jamie and Corinne Foxx, and after that P!NK and Kelly Clarkson performing a duet of "Everybody Hurts."

"Blackish" star Tracee Ellis Ross emceed the awards show. Many members of the the Ross family were in attendance to see her mother, Diana, take her big award at the end of the event.

Former President Barack Obama and wife Michelle were shown via video speaking about the legendary Ross and expressed their surprise that she hadn't already received the lifetime honor. They gave great praise to the artist.

Ross took the stage wearing purple and singing her song, "I'm Coming Out."

Awards throughout the night went to popular musicians such as The Chainsmokers, who won the AMA for best EDM artist. Favorite song in the rap/hip-hop genre was awarded to "I'm the One" by DJ Khaled featuring Justin Bieber, Quavo, Chance the Rapper and Lil Wayne.

Singer Christina Aguilera stunningly performed a medley of Whitney Houston's songs in tribute to the late superstar, whom she called her idol. A group of women joined Aguilera on stage for "I'm Every Woman."

A full list of winners may be found on billboard.com.

Also during the AMAs, Korean-Pop boy band BTS gave its first ever performance in America, and fans at the event were visibly very excited to see the group on the show's stage.

BTS officially made their U.S. TV debut at the #AMAs with "DNA"! And their choreography was 🔥 https://t.co/B5M1hht6vw pic.twitter.com/pCcVQvaIbj