RECAP: Here's what happened at the 2016 Oscars 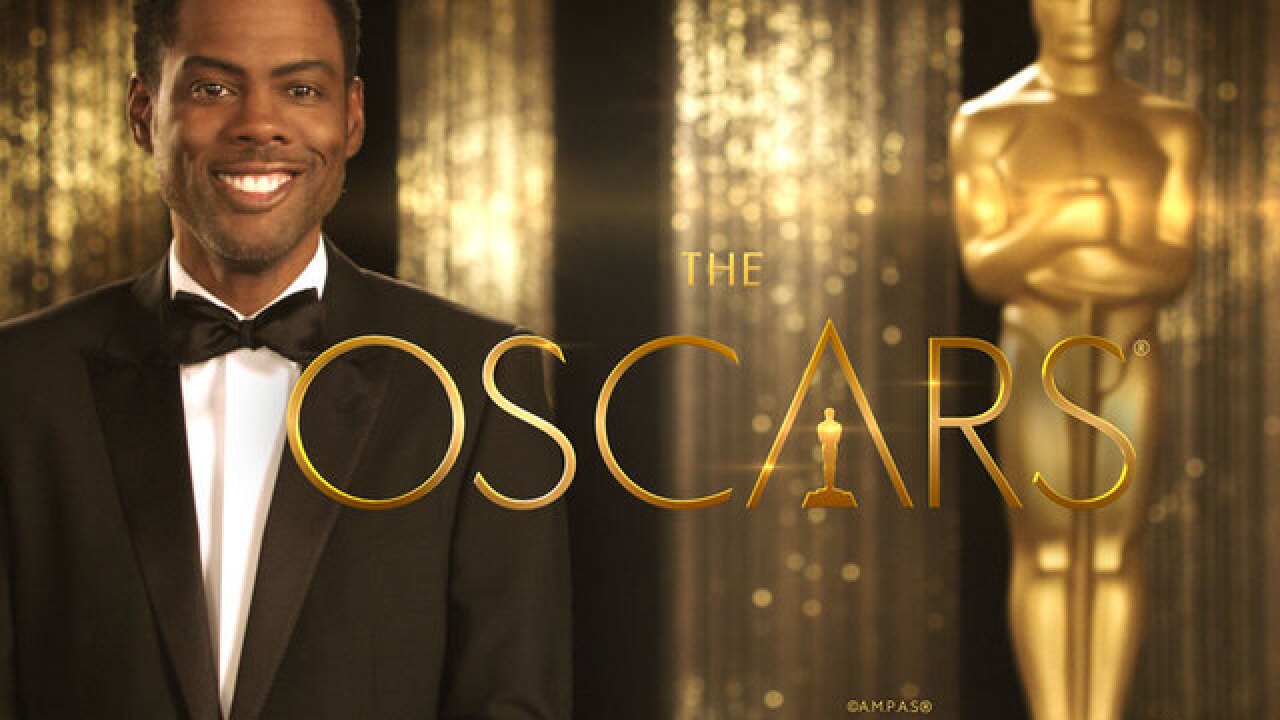 Hollywood's biggest night of the year is finally here: The 88th Academy Awards are taking place at the Dolby Theathre in Los Angles.

Who will win big? Who will steal the show? Will Leonardo DiCaprio win his long-sought Oscar for best actor tonight? The night will be full of surprises and Denver7 will bring them to you here.

This year, comedian Chris Rock is hosting the Oscars -- and he did not hold back. Immediate shots at the Oscars for not giving black people enough opportunities and representation in film came from all angles. In a series of jokes, he talked about the lack of racial diversity and sexism. A pivotal moment in the monologue came when he referenced the relationship between police and the African-American community.

"This year, things are going to be a little bit different at the Oscars. This year, in the “In Memoriam” package, it’s just going to be black people that was shot by the cops on their way to the movies!"

Rock continued to mock Hollywood by starting the segment telling the audience, "As you know, for the second year in a row, all the acting nominees are White. But worse than that, if you're a black actor just given the opportunity to be in a movie can be a struggle." Then this happened:

In what social media agrees was a very awkward moment, actress Stacey Dash came out on stage for less than a minute after Rock mentioned the academy had taken steps to fix the problem of the lack of racial diversity and introduced her as "the New Director of our minority outreach program."

Comedian Sarah Silverman came to the stage next to introduce one of the nominees for Best Original song from the James Bond film "Spectre." British singer Sam Smith then gave the first performance of the night. We still don't know where we stand in regards to his singing.

One of the things that changed during this year's Academy Awards, and which could be noticeable after a few awards were given, was a crawl of text running in the bottom of the screen. This space was reserved for "thank yous" that the winners wanted to made known, but couldn't possibly say in the time allotted by the Academy. Still, there were some who went over the allotted time and who were tuned out by the sound of music playing the background.

Continuing the topic of diversity and minority representation in film, Rock started another segment of the ceremony with an Oscar's Edition "Black Month History Minute," presented by Angela Bassett. The purpose of this clip was to honor someone black. Who she honored, well... let's just say it was unexpected.

In order to honor the Scientific and Technical aspect of film-making, beloved Star Wars droids C-3PO, R2-D2 and BB-8 went on stage for a brief moment. While their presence was one of the coolest moments of the Oscars, it doesn't compare to "Room" actor Jacob Tremblay's geeky reaction after seeing the droids live.

Because he was hosting the Oscars, Rock told the audience he couldn't help his daughter sell Girl Scout Cookies, so he brought the girls to the show and had them sell the cookies inside Dolby Theatre. They would end up selling $65, 243 in cookies. Good job, girls!

In a moment of nostalgia, the Oscars brought the Minions and Woody and Buzz Light Year to present the Best Animated Short and Best Animated Feature film -- and then we realize how old we really were.

After some time of more awards, Kevin Hart -- introduced by Chris Rock as "next year's Oscar's host" -- stood on stage and told his fellow artists to not be discouraged by the lack of diversity at the Oscars.

"I want to applaud all of the actors and actresses of color that didn't get nominated tonight. The reason why I say that is because, I want them to understand that tonight does not determine the hard work and effort that put into your craft. At the end of the day, we love what we do and we're making major ground doing it. These problems of today will eventually become problems of the old. Let's not let this negative issue of diversity beat us."

To highlight the lack of diversity in films, Rock showed a clip of him interviewing several Compton moviegoers about their experiences at the cinema. This is is what they had to say:

Following more presentation of awards, the president of the Academy of Motion Picture Arts and Sciences, Cheryl Boon Isaacs, also had something to say about the lack of diversity in Hollywood movies. Below, her full speech:

"Congratulations to all the nominees and Oscar winners; your work is the reason this was an amazing year in our industry.

"Your artistry and skills are truly worthy of the Academy's highest honour and as we reflect upon your work of the past year, tonight is also the time to talk about the future.

"The Oscars celebrate the storytellers who have the opportunity to work in the powerful medium of film and with that opportunity comes responsibility. Our audiences are global and rich in diversity and every facet of our industry should be as well.

"Everyone in the Hollywood community has a role to play in bringing about the vital changes the industry needs so that we can accurately reflect the world today.

"The Academy board of governors recently took concrete action and sent a message that inclusion only serves to make us all stronger. And it's important that the members of the Academy and everyone in this room help deliver that message. Each of you is an ambassador who can influence others in the industry; it's not enough to just listen and agree - we must take action.

While change is often difficult, it is necessary. Dr. Martin Luther King Jr. once said, "the ultimate measure of a man is not where he stands in moments of comforts and convenience, but where he stands at times of challenge and controversy.

I am confident that together we can shape a future of which all of us can be proud. Thank you."

Following her speech, Louis Gossett Jr. presented one of the saddest moments of the night, the tribute to all those actors who have passed away and whose work remains the only foot print.

After a few presentations, Vice Presidente Joe Biden took the stage and spoke in support of the White House’s campaign to prevent campus sexual assault, “It’s On Us.”

Shortly there after, the VP let Lady Gaga have the stage so she could perform "Til It Happens to You," which is a song that was written for "The Hunting Ground" — a documentary about alleged sexual assaults on college campuses. Gaga was later joined on stage by dozens of young people, holding hands in solidarity.

In another touching moment at this year's Oscar's awards, British singer Sam Smith dedicated his award for Original Song to the LGBTQ community. "I stand here tonight as a proud gay man and I hope we can also stand together as equals one day," he said.

The moment of truth finally arrived to this year's Oscar nominations and Leonardo DiCaprio finally got a break in life -- and won the Oscar for Actor in a Leading Role (Best Actor) for "The Revenant."

Lastly, it was Morgan Freeman who announced this year's Best Picture award -- which ended up going to Spotlight, a film that tells the true story of how the Boston Globe uncovered the massive scandal of child molestation and cover-up within the local Catholic Archdiocese, shaking the entire Catholic Church to its core.