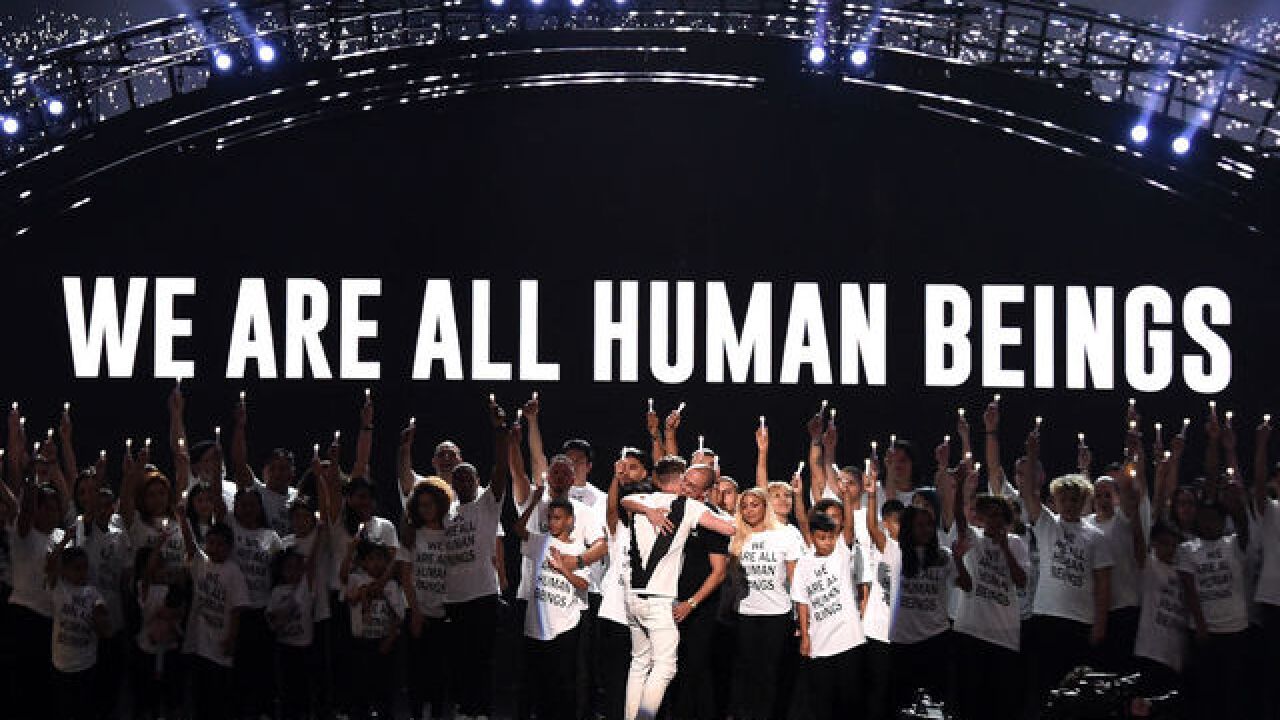 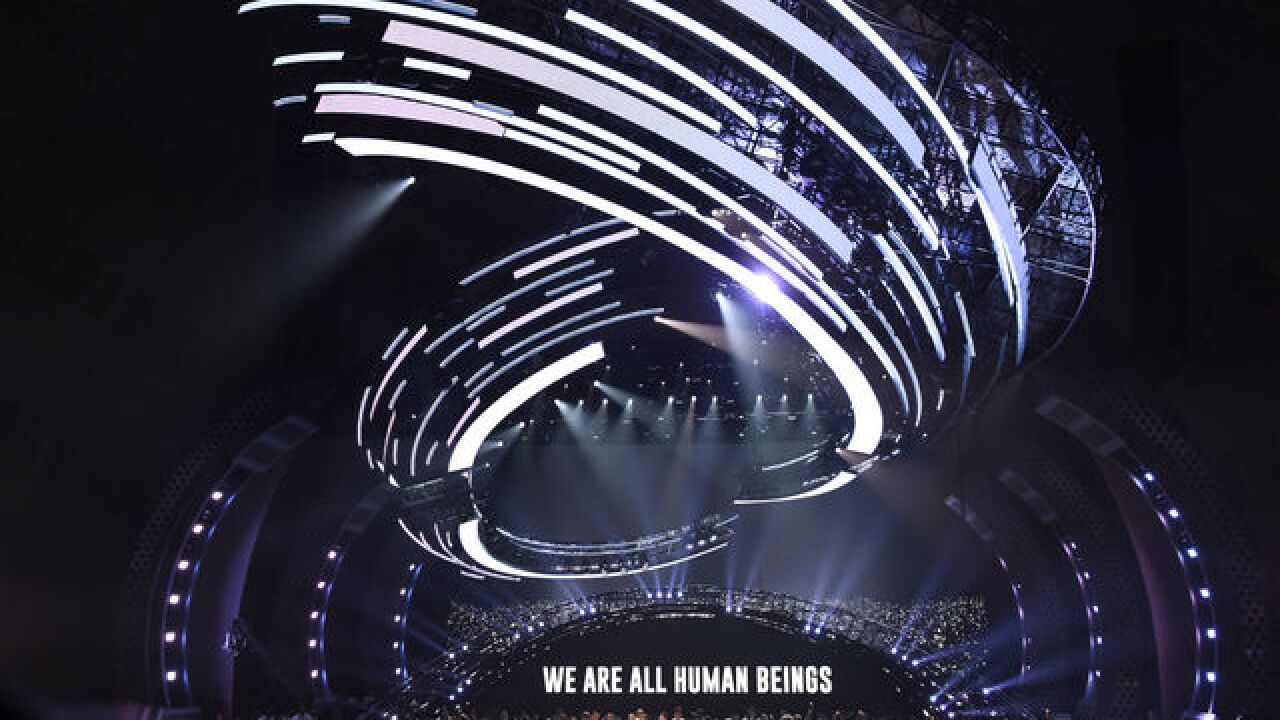 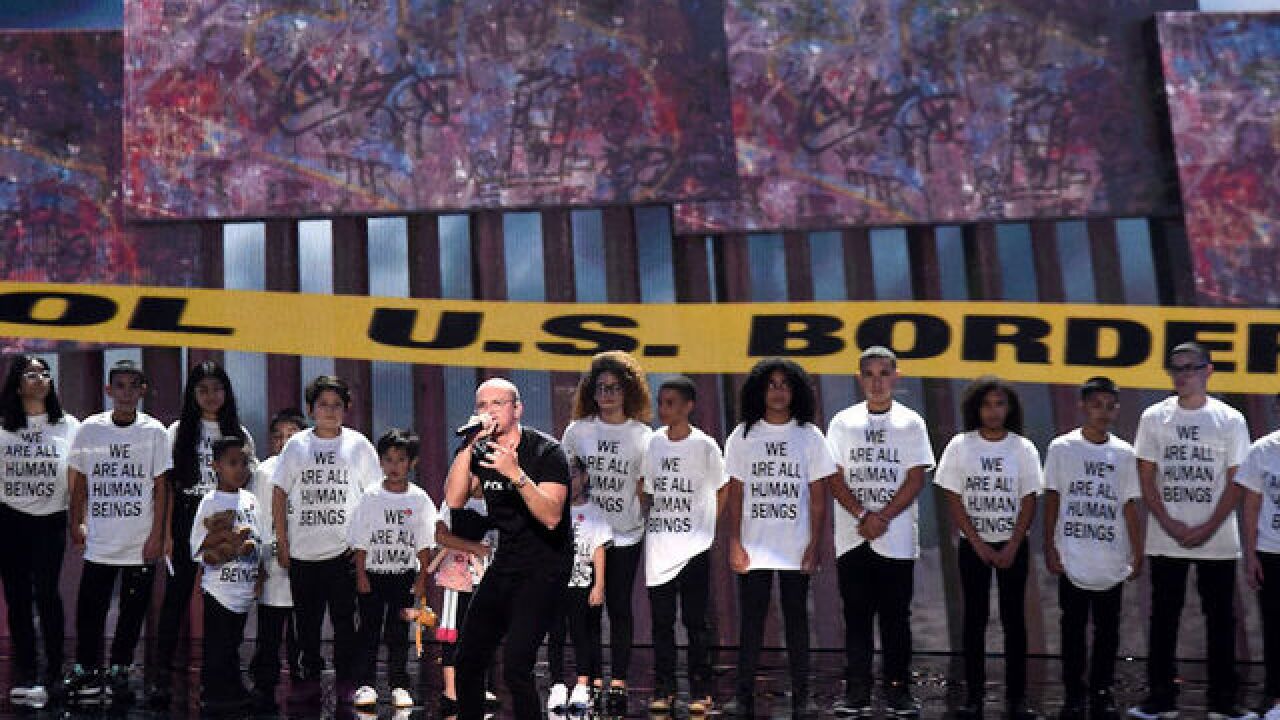 Rapper Logic used his time on stage at the MTV Video Music Awards to spotlight immigrant families and protest the Trump administration's immigration policy that led to the separation of thousands of families.

Wearing a shirt that said, "F*ck the wall," Logic was joined on stage for his performance of his single "One Day" by members of the National Domestic Workers Alliance, United We Dream and Make the Road New York and their children, according to a release sent by the organizations after the performance.

The children on stage wore shirts that stated, "We are all human beings."

During the performance, children and their parents were separated, but reunited by the song's end.

Logic released the highly political video for "One Day" on Friday, which also has an immigration theme.

Check out photos from the star-studded 2018 VMAs

The video and song feature OneRepublic's Ryan Tedder, who joined Logic on stage.

On social media, the performance was praised as "beautiful" and "powerful" by many fans.