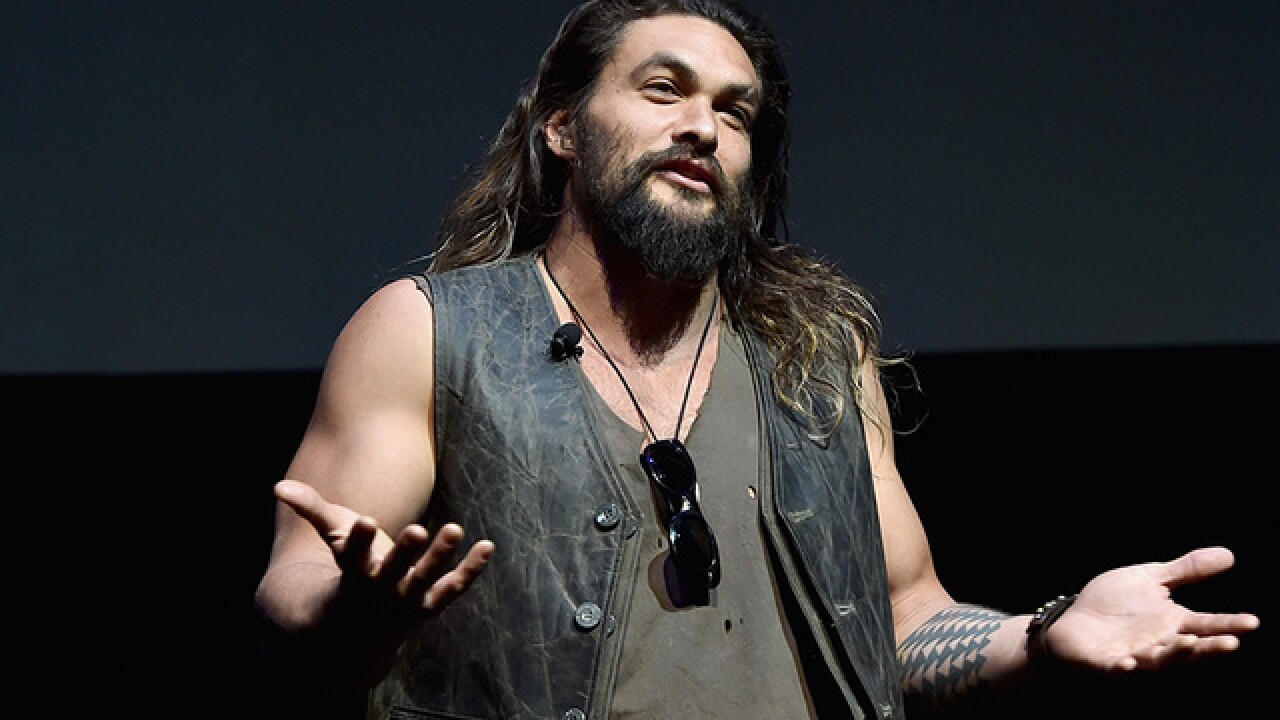 Copyright 2018 Scripps Media, Inc. All rights reserved. This material may not be published, broadcast, rewritten, or redistributed.
Alberto E. Rodriguez
<p>LAS VEGAS, NV - MARCH 29: Actor Jason Momoa speaks onstage at CinemaCon 2017 Warner Bros. Pictures Invites You to ?The Big Picture?, an Exclusive Presentation of our Upcoming Slate at The Colosseum at Caesars Palace during CinemaCon, the official convention of the National Association of Theatre Owners, on March 29, 2017 in Las Vegas, Nevada. (Photo by Alberto E. Rodriguez/Getty Images for CinemaCon)</p>

DENVER – Jason Momoa, who you probably know as the ill-fated Dothraki warlord “Khal Drogo” in Game of Thrones, is coming to this year’s Denver Comic Con.

Momoa, who also breathed new life into DC Comic’s Aquaman (more like, Aqua-bro) in the comics’ Cinematic Universe, will be here on the second day of the con for one day only, on June 16.

And you better start saving some cash now if you want to get a personal memory from the actor because getting an autograph from him is going to cost you $80. A photo op will cost $100.

He’s not the only Game of Thrones character you’ll have the possibility of meeting and greeting.

Isaac Hempsted-Wright, who portrays Brank Stark in the show; and Kristian Nairn, who portrayed the gentle Hodor, will also be present at this year’s convention.

The Hawaiian actor has appeared as the title character in the reboot of “Conan the Barbarian,” “Bullet to the Head” among others.