'Hello, it's me': Adele lights up the Pepsi Center in Denver 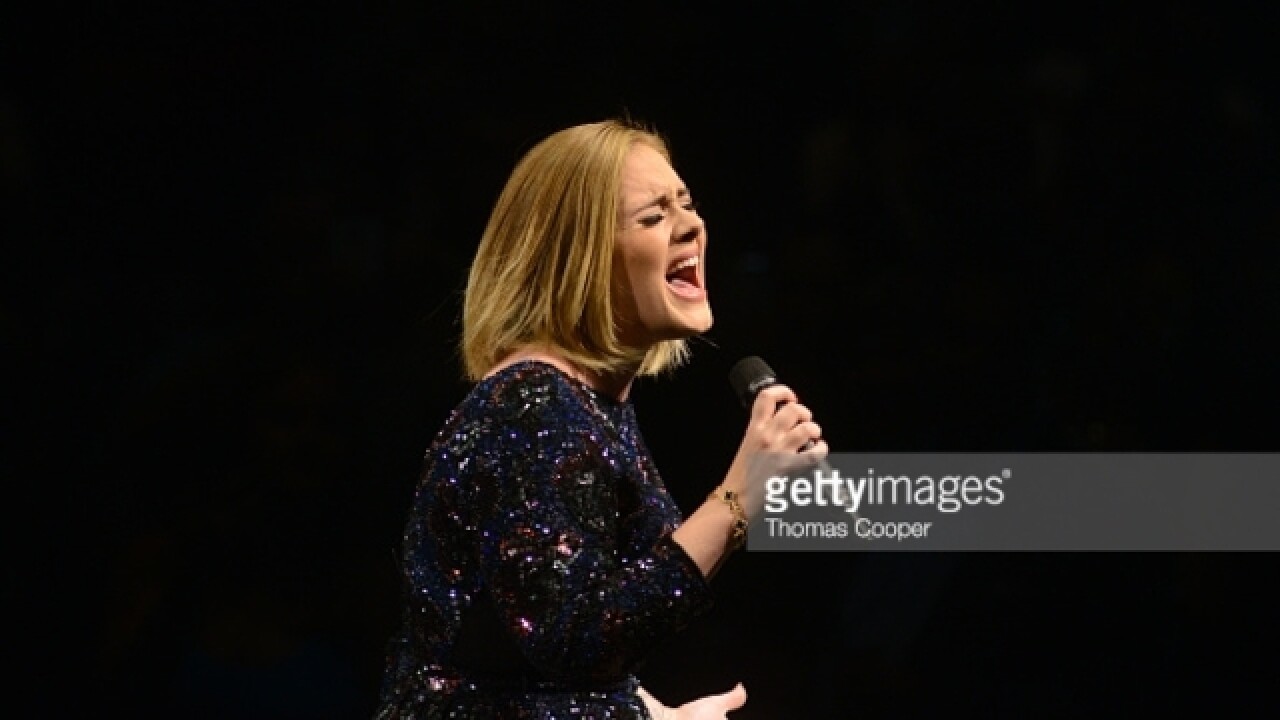 Copyright 2018 Scripps Media, Inc. All rights reserved. This material may not be published, broadcast, rewritten, or redistributed.
Thomas Cooper

International Superstar singer/songwriter Adele performed for a packed house at the Pepsi Center opening up with her #1 hit "Hello".

From the start, the Colorado crowd was ready for this show! All the beautiful people of Denver dressed to the nines for this one. The crowd was from all walks of life: young, old, wealthy (as tickets were rumored to be in the $1,000 range); whoever could make it was in for a treat with a soulful and powerful performance that electrified each and every person in the audience.

Adele performed songs from her smash album "21" with "One and Only," "Rumour has It" and encored with "Rolling in the Deep" also cranking out "Make you Feel my Love" and "Chasing Pavements" from her "19" album.

Adele was also so engaging and showed her personality by chatting with the crowd about everything from how hot it is here compared to her hometown in London, shopping at Bed Bath and Beyond and even picking out some guys from Fort Collins singing along with her and inviting them on stage for a quite possibly the best "selfie" of the night with HER!

She even took the time to pose for the audience lucky enough to sit in the front row of her secondary stage. I've never seen that happen before.

I have to say she had the crowd eating out of her hand as she cracked everyone one up anytime she decided to take a break from singing and actually made fun of her music being to sad and sappy. It was nice to see that she didn't take herself too seriously.

Overall an amazing show that wowed the crowd and exhilarated with an unbelievable performance that left everyone in the audience completely satisfied!