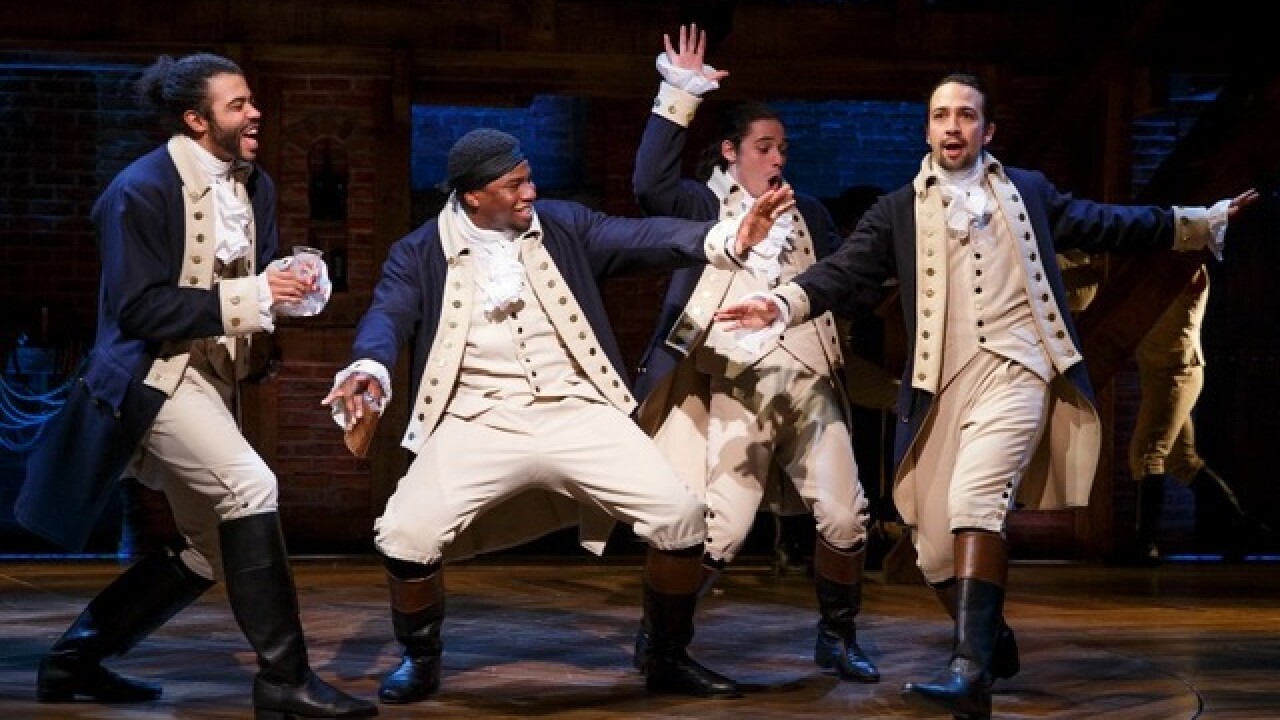 DCPA
<p><em>Daveed Diggs, Okieriete Onaodowan, Anthony Ramos and Lin-Manuel Miranda from the Tony Award-winning Broadway cast of 'Hamilton.'  via the Denver Center for the Performing Arts</em></p>

The national tour of the hit Broadway musical Hamilton is coming to Denver.

The Denver Center for the Performing Arts announced Friday that Hamilton will play the Buell Theatre sometime during the 2017-18 season. However, the dates have not yet been released.

The musical tells the story of founding father Alexander Hamilton, an immigrant to the U.S. who became George Washington's right-hand man during the Revolutionary War and was the country’s first Treasury Secretary.