'Hamilton' is coming; when and how to watch it 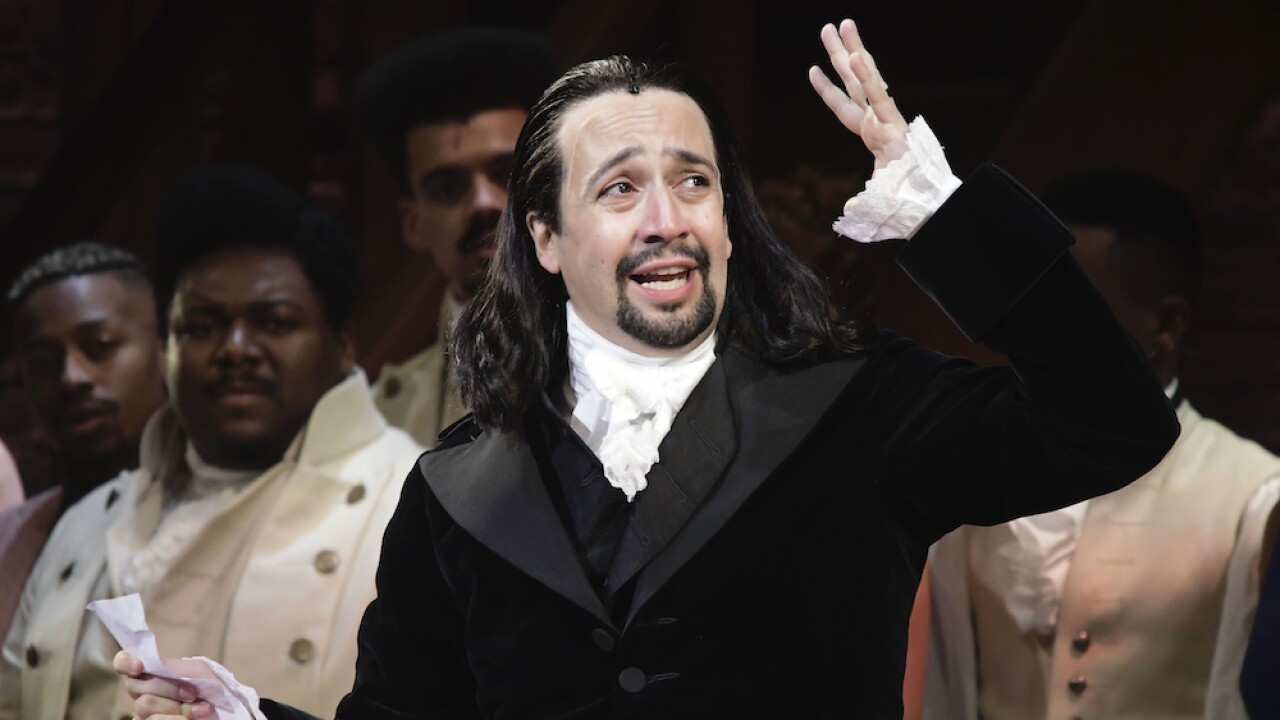 The revolution is coming. The much-anticipated video premiere of “Hamilton” will be available on Disney+ Friday, July 3.

Here are the details: The video is 2 hours and 41 minutes long, and includes a minute countdown for intermission. It was recorded using several cameras during two of the last performances of the initial 2016 Broadway run of the hit musical, and includes most of the original cast.

It will only be available on the Disney+ streaming service starting at 12 a.m. PT/3 a.m. ET on Friday. Disney is holding a Twitter watch party later in the day at 7 p.m. ET/4 p.m. PT.

Hamilton premieres on #DisneyPlus this Friday!⭐️Join the watch party and tweet along with the cast of the show starting at 4:00pm PT/7:00pm ET using #Hamilfilm, and tune-in to a special pre-show starting at 3:30pm PT/6:30pm ET. pic.twitter.com/DiQ5yDMvMK

For those who are not already subscribers, bad news, there is no free trial available at this time. The Disney+ service starts at $6.99 a month.

The film is rated PG-13, for gun violence and adult themes. A few curse words were edited out, reportedly to avoid an “R” rating.

...I literally gave two fucks so the kids could see it:
1. In Yorktown, there's a mute over "I get the f___ back up again"
2. "Southern *record scratch*kin' Democratic Republicans."
You can sing whatEVER you like at home (even sync up the album)!
Love you. Enjoy.

The recording was originally intended to debut in movie theaters in fall 2021. The release was moved up considering the pandemic’s impact on theaters and increase in streaming video.

In just a weekend, over Independence Day, more people will see “Hamilton” than ever before. The film arrives to streaming just days after Broadway said it will remain shuttered for at least the rest of the year.