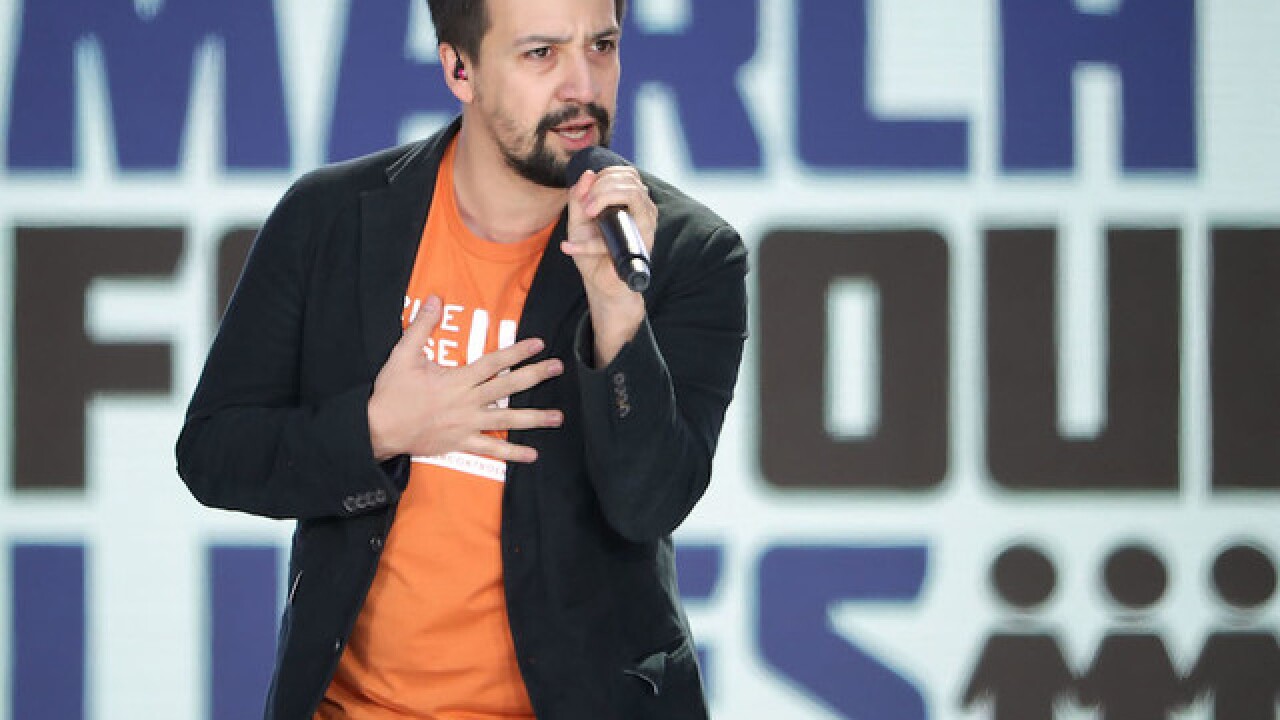 Copyright Getty Images
Chip Somodevilla
<p>WASHINGTON, DC - MARCH 24: Lin-Manuel Miranda performs "Found/Tonight" during the March for Our Lives rally on March 24, 2018 in Washington, DC. Hundreds of thousands of demonstrators, including students, teachers and parents gathered in Washington for the anti-gun violence rally organized by survivors of the Marjory Stoneman Douglas High School shooting on February 14 that left 17 dead. More than 800 related events are taking place around the world to call for legislative action to address school safety and gun violence. (Photo by Chip Somodevilla/Getty Images)</p>

The "Hamilton" creator took to Twitter on Thursday to tell followers that what he thought was a migraine, turned out to be shingles.

"Hey, cool story. This isn't a migraine, it's shingles! Caught it early, quarantined away from the baby, in a Phantom mask til further notice."

Miranda and his wife, Vanessa Nadal, welcomed a baby boy in February. They also have a three-year-old son.

Shingles, the same virus that causes chickenpox, includes symptoms of pain and a rash.

On Friday, the playwright and Broadway composer took to social media to clarify that he's no longer wearing a mask and he's staying "up the street" at his parents home.