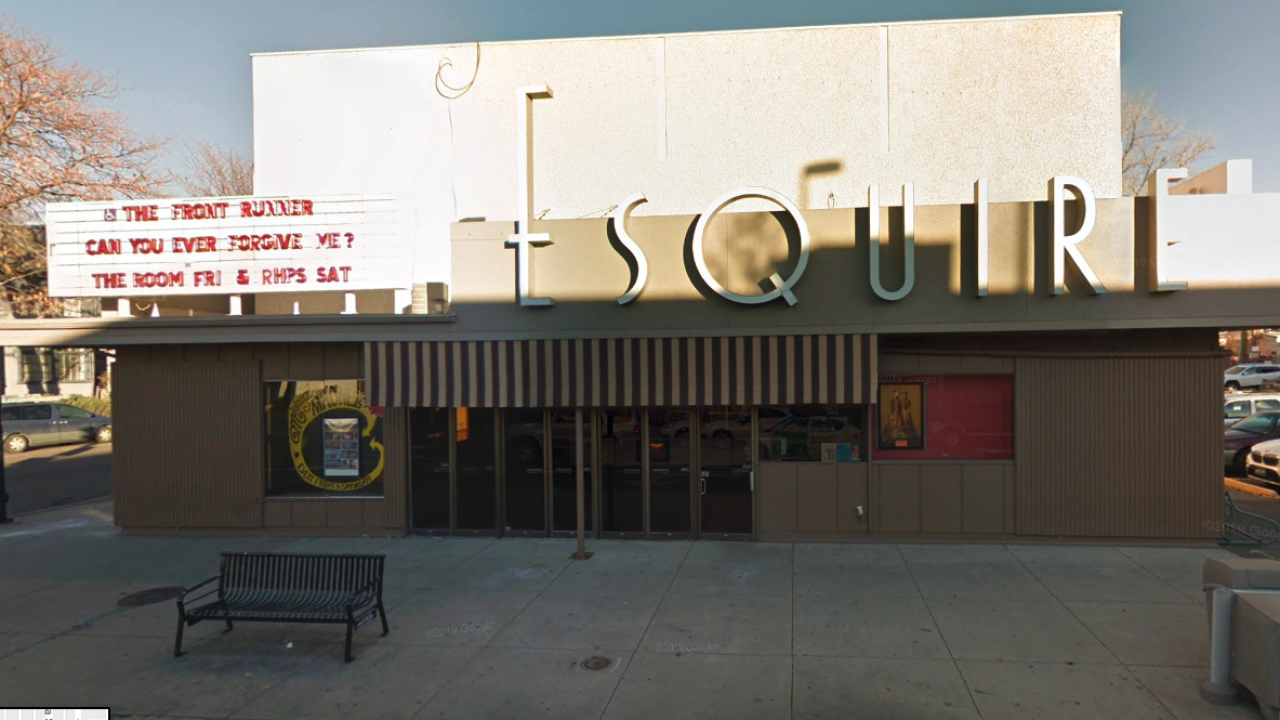 DENVER – The lights will dim and the screens will go bright once again at Denver’s Esquire Theatre following a nearly six month closure, staff announced via Facebook Wednesday.

The historic theater, located at 6th Ave. and Downing St. in the Capitol Hill neighborhood, shuttered in December after a utility problem caused water damage to the building.

A date for the reopening of the theater remained uncertain for a few months, but on March 20, a post on the social media site stated that not only were repairs underway, but that “exciting new upgrades” were happening as well.

Some of those upgrades include modern, spacious and leather-covered seats with cup holders. Staff said upgrades also include an “improved threatre-going experience.” Details of what that experience will look like were not immediately released.

The Esquire will reopen June 14 with Jim Jarmusch’s The Dead Don’t Die.

Built in 1927, the two-screen Esquire opened in the fall of that year as the Haiwatha Theatre, with one screen and a balcony – eventually becoming a “twin screener,” according to our partners at The Denver Post.