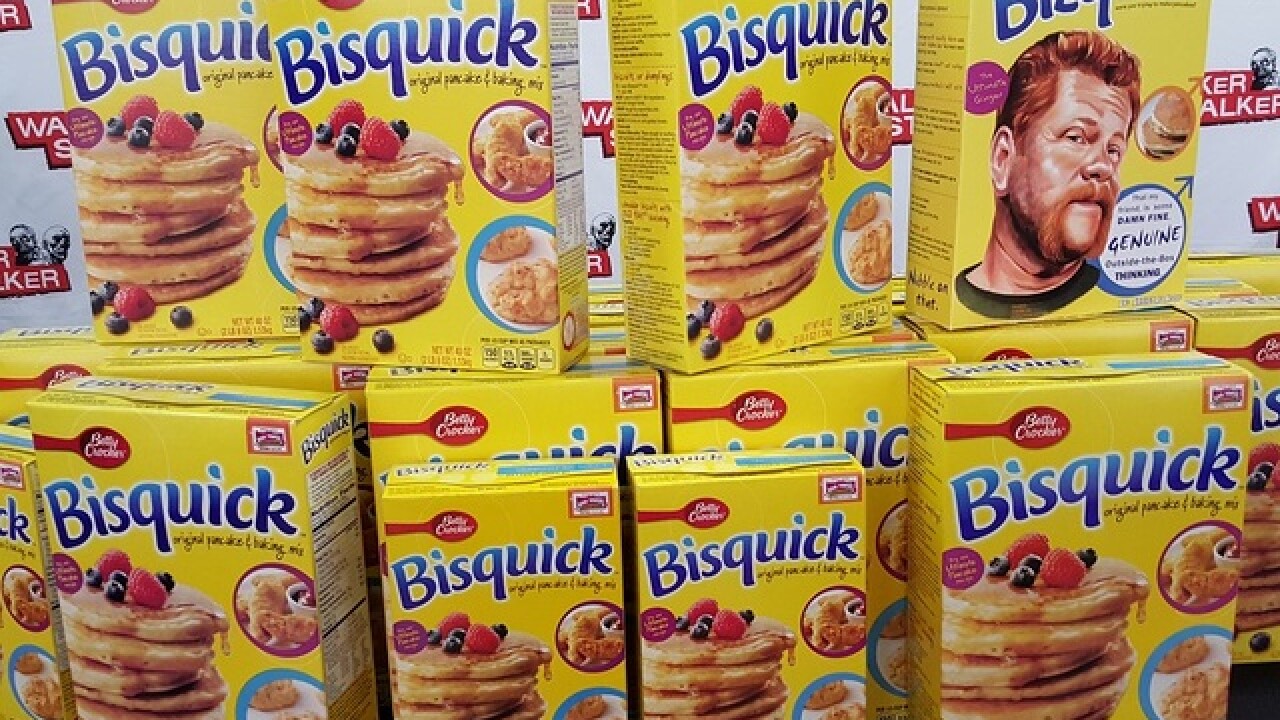 What started as a one-liner on AMC's "The Walking Dead" has become a good cause with fans bringing boxes of Bisquick to Walker Stalker Cons.

Fans gathered this weekend in Denver at the National Western Event Center hoping to meet one of their favorite stars.

Michael Cudlitz, who plays Sergeant Abraham Ford, has some memorable one-liners which have been dubbed "Abrahamisms."

One of them includes, "When you were pouring the Bisquick, were you trying to make pancakes?"

Fans of the show will know what that means.

Many of those fans started bringing the pre-mixed baking mix for Cuditz.

"My first thought was, 'how was I going to get this all home?' and then I realized I don't have to get it home. We can [have] everybody bring as much as they can and want, [and] know that they are helping a good cause," Cudlitz  told Denver7.

General Mills also joined the effort by donating Bisquick at stops along the convention tour.

The food collected in Denver will go to the Food Bank of the Rockies.

"Hopefully make a difference with something out as a joke," Cuditz said.