What to know about the 2018 CMA Awards airing tonight 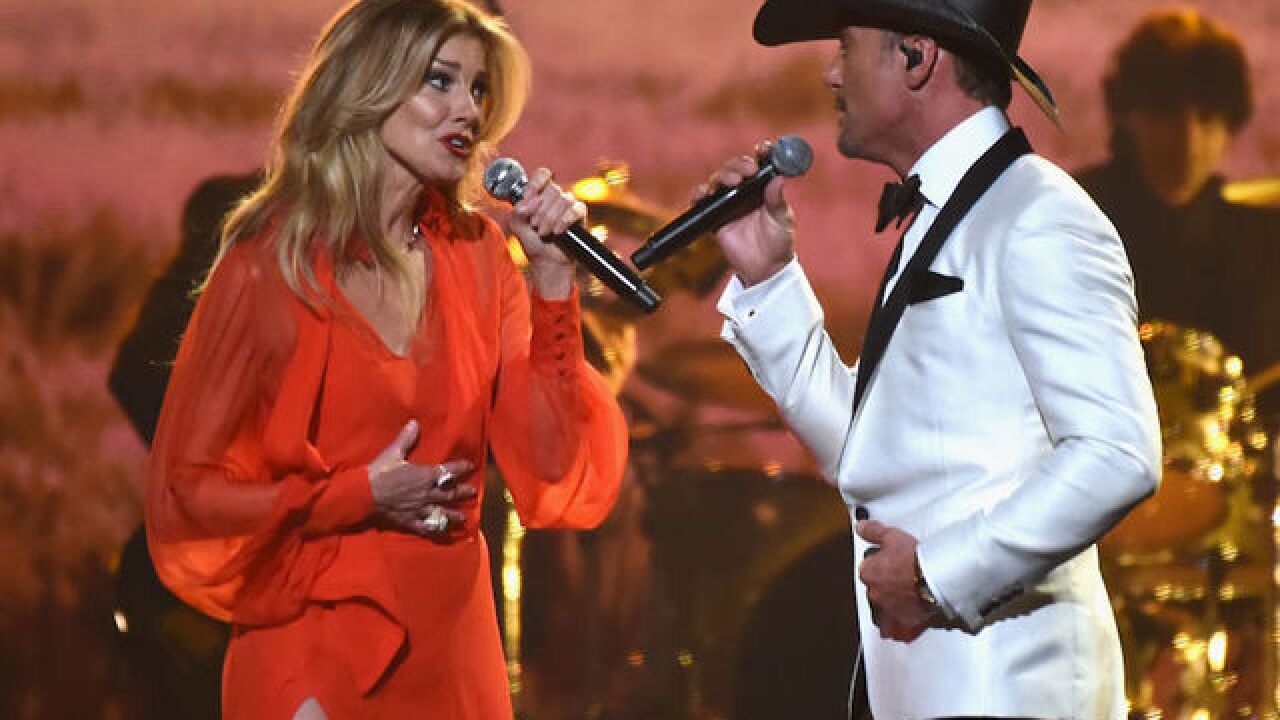 Image copyright 2017 Getty Images. All rights reserved. This material may not be published, broadcast, rewritten, or redistributed.
Rick Diamond
<p>Faith Hill and Tim McGraw perform onstage at the 51st annual CMA Awards at the Bridgestone Arena on November 8, 2017 in Nashville, Tennessee. </p>

It's the 52nd year for the CMA Awards, which will be hosted by Brad Paisley and Carrie Underwood for the 11th time.

There will be performances from dozens of musicians at the event in Nashville, including Kelsea Ballerini, Garth Brooks, Vince Gill, Dan + Shay, Old Dominion, Brett Young, Florida Georgia Line and many more.

All of the nominees for entertainer of the year are slated to perform: Jason Aldean, Luke Bryan, Kenny Chesney, Chris Stapleton and Keith Urban.

Those who want to stream and listen to a 52nd CMA Awards 2018 playlist may find one on Amazon Music, Spotify and Apple Music.

Where are the women?

The CMA Awards nominees and winners are chosen by more than 7,400 industry professional members of the Country Music Association.

Noticeably missing this year are women nominees for entertainer of the year. WTVF television station in Nashville reports in the past 15 years only three female artists have received nominations in that category.

Fans of the music genre commented on the lack of women in the biggest award categories, asking if the playing field is equal.

Some in the industry are working to reinforce the strength of women in the genre. Leslie Fram, an executive with CMT said, "last year, if you look at the Top 30 most-played artists, there were only two solo females."

Fram says there are not a lot of women singers in regular rotation on country music radio stations, so people are accustomed to mostly hearing men and thus they get the awards. Watch this video to hear more about how she's working to help change that.

The CMA Awards will air live on television at 8 p.m. Eastern. It will also be streamed live on YouTube.

"Guys on the farm are taking a pool on how many words in before I start crying," Brooks said.