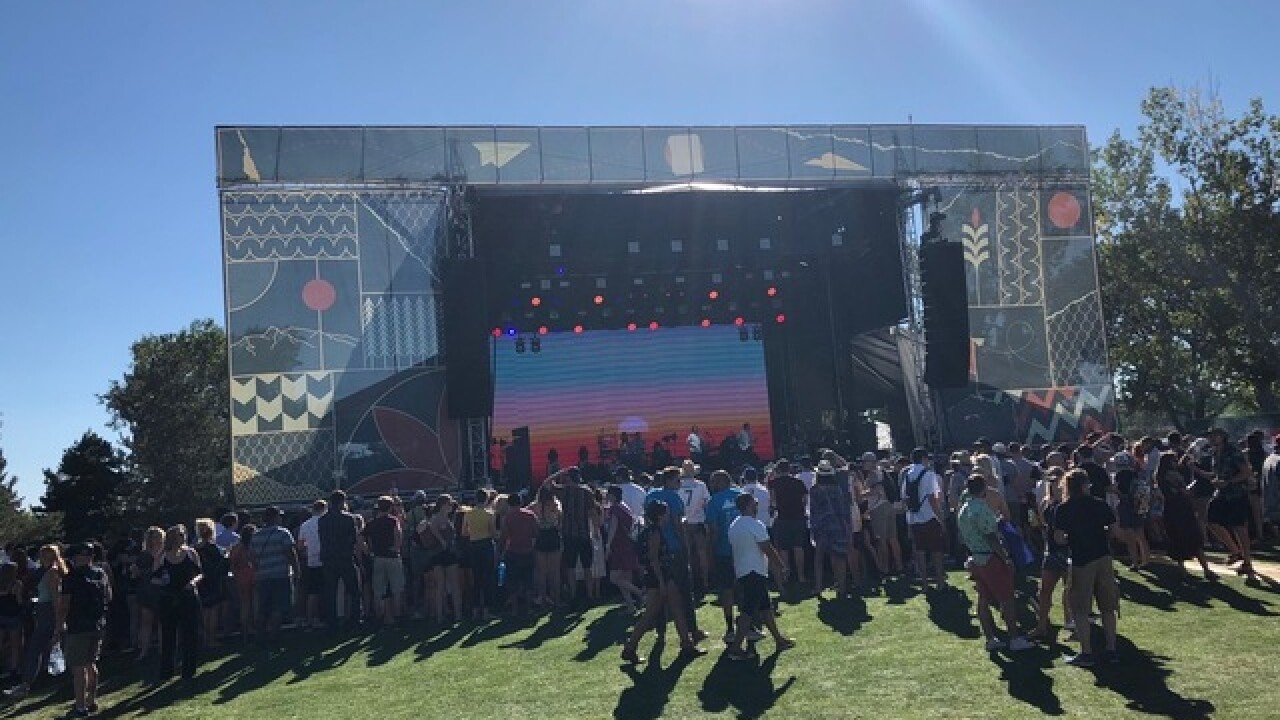 DENVER — The city of Denver has deemed the three-day Grandoozy music Festival a success.

“Grandoozy lived up to its name and transformed a beautiful city golf course into a music festival that Denverites and visiting music fans are lauding as an epic entertainment experience,” read a city release Monday.

The festival, held at the Overland Golf Course in southwest Denver, was marred by controversy the months and weeks leading up to the three-day event. Neighbors were concerned about parking and noise disruptions during the festival.

But despite some confusion and frustration over ride share pick ups and drop offs, Grandoozy went on without a hitch, according to the city.

"It's been a lot of fun," said Taylor Smith, one of the festival goers. "I came from Panama City to Colorado, was kind of surprised by the heat here, but the line-up is great. We're having a good time."

There were one arrest and over 200 citations issued, mostly to ride share drivers the city says. An estimated 55,000 people attended the festival.