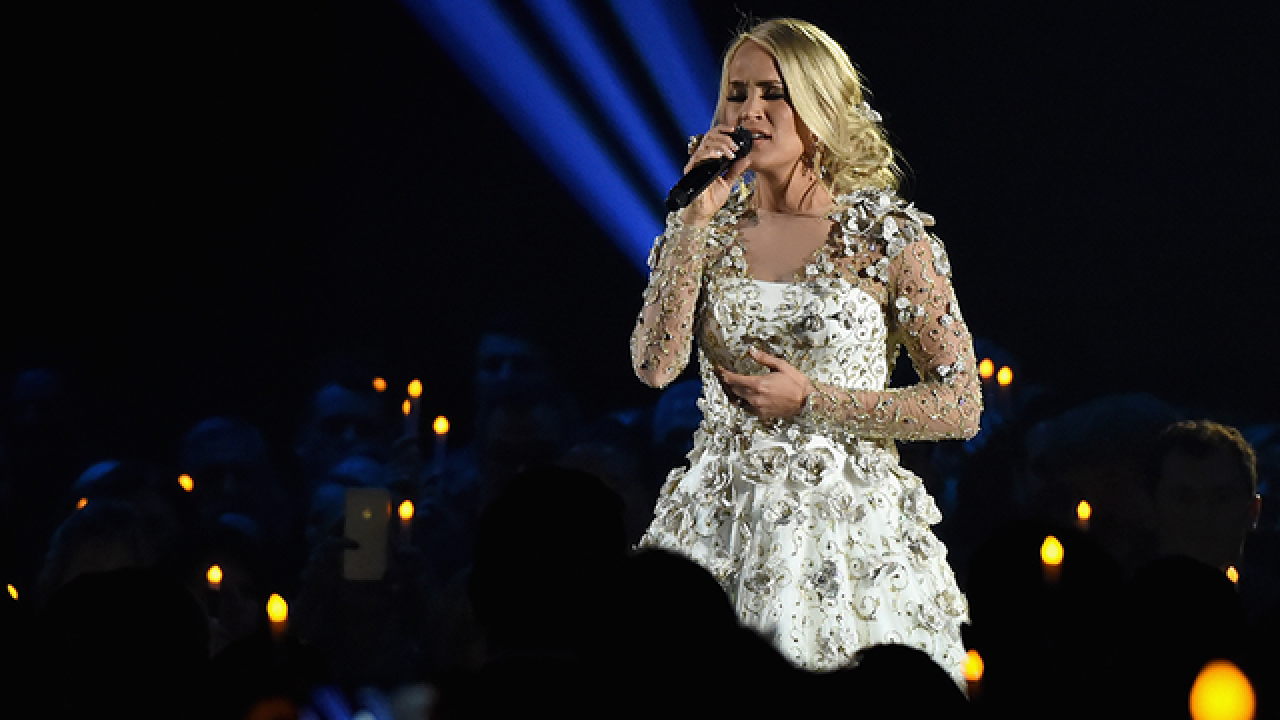 Country star Carrie Underwood has revealed that she needed 40-to-50 stitches in her face after a fall that also broke her wrist in November.

The seven-time Grammy winner initially let her fans know about her broken wrist but didn't release information about her face injury until this Monday.

In a special letter to her fan club, Carrie wrote "There is also another part of the story that I haven't been ready to talk about, since I have still been living it and there has been much uncertainty as to how things will end up. It's crazy how a freak random accident can change your life. In addition to breaking my wrist, I somehow managed to injure my face as well.

"I'll spare you the gruesome details, but when I came out of surgery the night of my fall, the doctor told Mike that he had to put between 40-50 stitches in," she said.

She continued by saying she is still healing and "not quite looking the same." A fan shared a screenshot of the post on Twitter on Monday.

omg is she okay? im actually worried now. i mean a broken wrist hurts but her face? i would hate to feel less confident over a fall that disfigured my face. poor Carrie.

The country star shared that she plans on heading back into the studio to record new music next week before warning her fans the next time she's in front of a camera, she may "look a bit different."

Carrie posted a photo on her instagram account on December 27, 2017 with a scarf covering much of her face.

When in 5 degree weather, wrap your @caliabycarrie scarf around your neck and face...you keep warm AND look like an awesome winter snow ninja! #WinWin #StayThePath #LetItSnow #BabyItsColdOutside ❄️ ⛄️